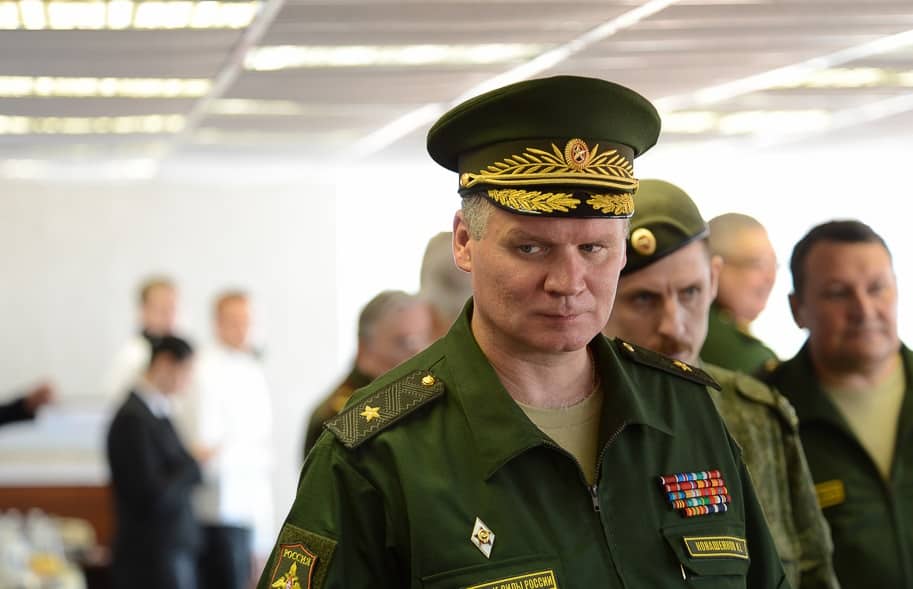 Gen. Konashenkov: Speaking truth to the scoundrels in NATO and the Paris-London-Washington axis.

He called his remarks the clearest “confession by the US side (that so-called) civil war in Syria is a US-controlled international terrorist alliance” against a sovereign independent state.

“What makes Kirby’s statement particularly shocking is that the scale of direct US influence on terrorists’ activity is global. That it reaches as far as Russia. The mask (is) off…” It was off long ago.

Konashenkov explained Russia “knows well as to where in Syria, including Aleppo province, there are ‘clandestine specialists’ who do the operations planning and command the militants’ operations and how many of them there are.”

“Should there follow any attempts to act on the threats towards Russia and Russian military servicemen in Syria, the militants may find themselves short of both body bags and the time to get away.”

Poznikhir’s accusation followed Syria’s UN envoy Bashar al-Jaafari telling Security Council members about the intent of Ahrar al-Sham terrorists to use white phosphorous against Syrian soldiers and civilians, a hideous weapon, able to burn flesh to the bone on contact. They want government forces blamed for their high crime.

US-supported terrorists took advantage of a 7-day regime of silence to regroup, rearm and mobilize for new attacks, breaching Geneva terms 300 times in one week, rendering them null and void.

“(S)o-called infernal machines (consisting of) self-made explosive devices (are) used time after time.” Terrorists “are laying mines along positions they are abandoning and approaches to them. Populated areas in the province of Aleppo and also in the province of Latakia and the Damascus region were shelled.”

Despite Russia’s best efforts for ceasefire and conflict resolution, conditions continue deteriorating. Nothing ongoing suggests any prospect for peace.

Humanity’s Priority: Defeating the Scourge of US Imperialism

America’s longterm plan for unchallenged global dominance is humanity’s greatest threat – naked aggression its main strategy of choice, raping one country after another on the phony pretexts of waging war on terrorism and humanitarian intervention.
…
It’s heading for unthinkable nuclear war on Russia and China, its final solution to eliminate the only nations able to contest its megalomaniacal aims.
…
Since the neoliberal 90s, each US administration has been more belligerent than preceding ones. Police state laws replaced constitutional governance.
…
Neocons exerting enormous influence in Washington want nothing interfering with their quest for dominion over planet earth, its resources and populations, wanting all nations subservient to US interests.
…
America under Obama is at war in multiple theaters, naked aggression against sovereign independent countries threatening no one, justifying the unjustifiable, defending the indefensible.
..
International, constitutional and US statute laws are routinely breached with impunity – the world community silent despite American ruthlessness posing humanity’s greatest ever threat.
…
Things are heading inevitably for thermonuclear war. Yet few world leaders act responsibly against a menace too great to ignore – no Western ones or their rogue allies.
..
Shall we wait for catastrophic nuclear immolation before awakening to the clear and present danger able to happen any time – when it’s too late to make a difference? 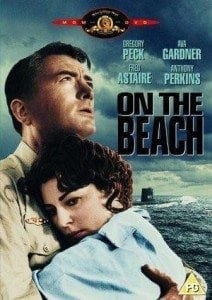 Are we doomed because of public
indifference and ignorance? Stanley Kramer’s disquieting 1959 film On the Beach portrayed the aftermath of nuclear war – unsettling to watch because it’s frighteningly real.
…
A US submarine crew returning home finds no signs of life. The final scenes are especially chilling, showing earlier life in an Australian community, its nation last to experience the devastating fatal effects of nuclear radiation fallout.
…
The film ends with unnerving silence, no signs of life visible, once bustling streets now empty. The film’s clear message is abandon all hope if nuclear war is waged. We are all doomed to die a painful death – the supreme price of imperial arrogance.
…
Stanley Lumet’s 1964 chiller Fail Safe portrayed a nuclear crisis, resulting in a horrifying ending. A computer error sends US warplanes to nuke Moscow. One gets through, delivering its thermonuclear payload as erroneously ordered.
…
To avoid a possible nuclear holocaust following certain Soviet retaliation, the US president orders New York City nuked – two cities sacrificed to avoid full-scale nuclear war.
…
Do the films On the Beach, Fail Safe and others portraying similar themes portend what’s inevitably coming?
…
Things today are far more frightening than any earlier time. Super-weapons can end life on earth. In the hands of lunatic neocons bent on world dominance, humanity’s survival has never been more threatened than now.
…
Humans may become the first species ever to destroy itself – and take all other life forms with it.

ALL BECAUSE OF THE BIG LIE: THINK WHO BENEFITS FROM IT, AND THINK WHO DISSEMINATES IT EVERY DAY, DAY IN DAY OUT.

NOTE: ALL IMAGE CAPTIONS, PULL QUOTES AND COMMENTARY BY THE EDITORS, NOT THE AUTHORS
ABOUT THE AUTHOR

Syria Propaganda – The Death Rattle of the Corporate Media

Blum’s Anti-Empire Report #145: Cold War, today, tomorrow, every day till the end of the world.