Ashes to Ashes for Get-Rich Britain

The smoldering high-rise tower block in London where families were burned alive this week now stands as a condemnation of Britain’s vile get-rich Tory government. 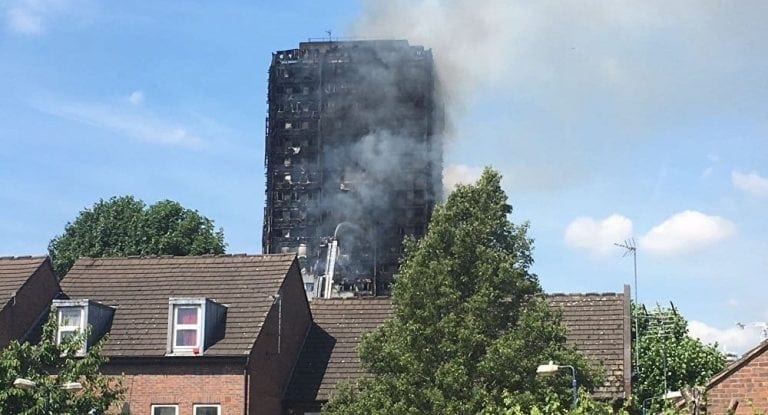 Not just the present Conservative (Tory) government of Prime Minister Theresa May. But decades of successive British governments that have systematically abandoned impoverished communities because they are too busy ensuring the richest members of society suck up even more wealth.

Years of public spending “austerity” cuts are directly related to why people died in this week’s inferno in London. Those systematic spending cuts – which have provided tax breaks for the rich over the decades – are the reason why so many people are forced to live in unsafe, shoddy accommodation. It’s a despicable sign of the callous priorities of successive British governments.No wonder when Prime Minister May visited the smoldering tower block her political minders kept her well away from the shell-shocked residents. There is widespread public disgust that Britain is not merely witnessing a tragic fire accident, but rather a case of “corporate manslaughter” as one furious Labour politician called it.

The anger among residents in the stricken London community, as well as among the wider British public, is barely containable as it emerges that the victims who met a horrible death this week were living in a fire-trap building. They were living in a fire trap because they and their neighbors are among the growing numbers of poor comprising British society today.

That anger is bound to grow even further as the death toll from the inferno is set to rise dramatically from the initially reported 17 deaths. It is now feared that over 100 people may have been killed in this week’s blaze at Grenfell Tower in London’s Kensington area. 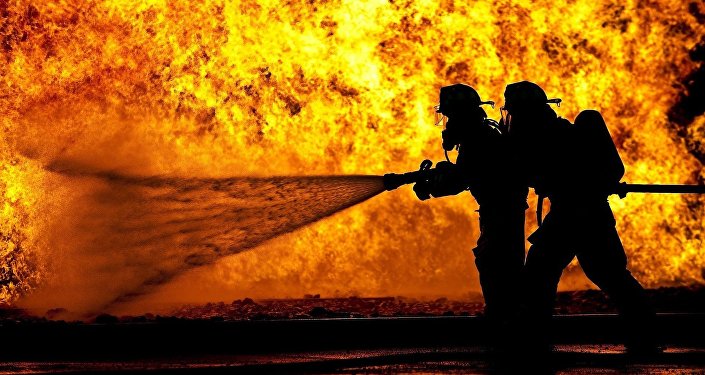 Residents immediately pointed the finger of blame at the local Conservative government representatives, as well as their political masters in Westminster. They said that years of complaints about the lack of fire safety in the tower block had been ignored. The residents say that the Tory councillors were more concerned with "prettifying" the area for its wealthy denizens who live in luxury apartments and homes elsewhere in the high-end borough of Kensington and Chelsea.There are well-founded grievances that the low-income families were shoved into dilapidated and unsafe high-rise housing which the Conservative government saw as a cost-cutting measure.

Grenfell Tower was given an exterior face-lift last year when the 24-storey block was covered with cladding. Residents feel that the exterior cladding was only done in order to give the otherwise dilapidated building a more “aesthetic appearance”.

However, that cheap cladding material is suspected of not being fire-retardant and of turning the building into a giant chimney. The speed with which the tower block was engulfed in flames not giving many residents a hope of escape tends to corroborate that suspicion.

The real fear now is for thousands of other similarly low-income families who live in comparably inferior high-rise towers across London and indeed across Britain. 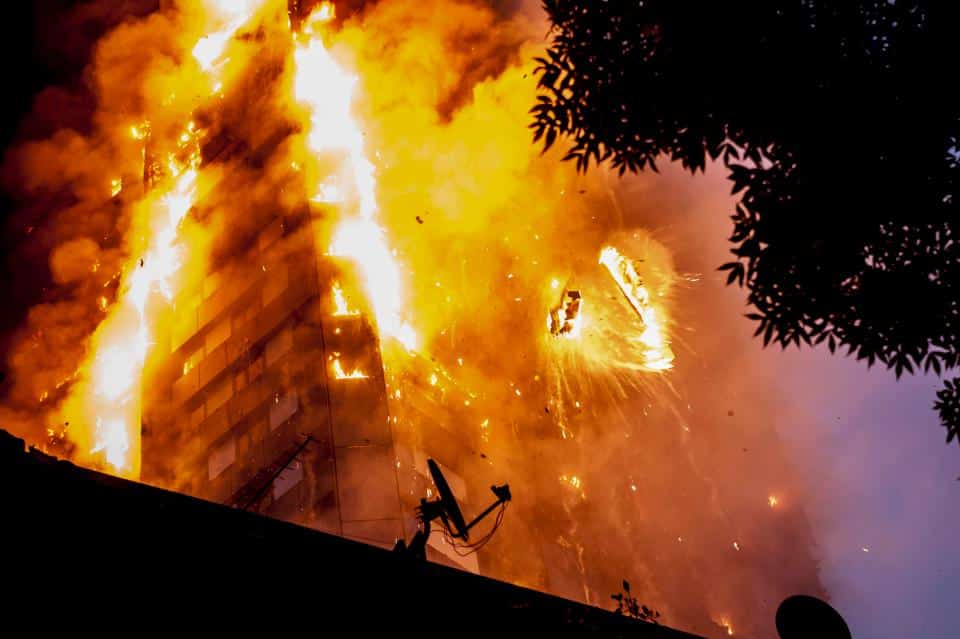 What is at issue here is how British governments over the past four decades – since then premier Margaret Thatcher and her so-called “pro-business revolution” – have pushed a neoliberal capitalist economy which views public spending as an obstacle to enriching the elite in society. Private profit has become the sole basis of British governance. Labour governments under Tony Blair and Gordon Brown were also besotted with this betrayal of working people in favor of the rich. 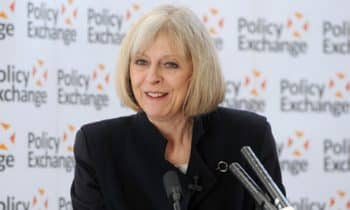 The class represented by May and her Tories are temperamentally incapable of doing the right thing. They need to be swept away from power and history itself.

But it was British Conservative governments in particular that have overseen massive cuts in public investment, on everything from affordable housing, to adequate fire services, to basic building safety regulations, and much else. The immoral ideology views ordinary working people as merely sources of revenue for government to funnel toward their rich-class peers.

It has taken a long time for the greater British public to wake up to the anti-democratic scam that passes for government. For many years, a largely rightwing, pro-Tory news media have helped to bamboozle people about the real nature of the capitalist scam of ransacking society for the enrichment of the few.

But things seem to be changing now in fundamental ways. A great awakening is underway.

People can increasingly see how communities and public services are being neglected and consigned to crumby social conditions. British governments can find billions of pounds to spend on overseas wars killing innocent men, women and children in far-off countries; these governments have no problem finding vast sums of money for building nuclear weapons and expanding NATO forces across Europe to threaten Russia with at the risk of world peace. But when it comes to providing ordinary working people with decent jobs, wages, housing, education and health, well, suddenly, all the official talk turns piously to “balancing budgets” and the need for “austerity” to “prudently” manage the public finances.

In the British general election earlier this month, Labour has found a real leader with Jeremy Corbyn. His forthright manifesto for a socialist alternative to the giant neoliberal scam has resonated with a whole new generation. There is a palpable sense that if another election were called soon – and it might if this shambolic Tory government collapses – that Corbyn’s Labour would wipe the floor with the Tories.

In the aftermath of London’s fire horror this week, the conduct of the two political leaders could not have been more revealing, when they both made separate visits to the scene. While Conservative Prime Minister Theresa May kept an aloof distance from grieving residents and was surrounded by officials, Labour leader Jeremy Corbyn reached out to the residents. He listened to their sorrow and their anger. His sympathy was not for cynical public relations. Because for years Corbyn has vehemently denounced the very government policies that lay behind this disaster.

The public quickly made scathing comparisons between May and Corbyn’s contrasting responses. The difference encapsulated the core of the bigger problem of a government that cares not for the majority of people, but only for a wealthy minority.

Realizing she had committed yet another public blunder – as for much of her recent election campaign – May’s handlers then endeavored to limit the damage by hurriedly arranging a visit to hospitals for her to meet victims of the fire. Still, the public saw through the veil of pretense.

Not even the normally loyal pro-Tory British media can conceal the horror and anger over this week’s high-rise holocaust in London. This was no accident. It was a disaster waiting to happen because of years of criminally negligent British governments.

And when we say “negligent” we are not talking narrowly about carelessness over fire safety issues. The negligence is a wholly broader matter of British governments’ systematic anti-democratic governance towards their citizens. This is typical of all Western countries which have succumbed to the neoliberal capitalist scam of enriching the few at the expense of the majority. 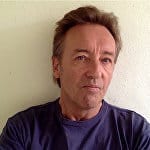 Finian Cunningham, is a columnist at the Strategic Culture Foundation and a Writer on Dandelion Salad. He can be reached at cunninghamfinian@gmail.com.  Cunningham has written extensively on international affairs, with articles published in several languages. He is a Master’s graduate in Agricultural Chemistry and worked as a scientific editor for the Royal Society of Chemistry, Cambridge, England, before pursuing a career in newspaper journalism. He is also a musician and songwriter. For nearly 20 years, he worked as an editor and writer in major news media organisations, including The Mirror, Irish Times and Independent.

In the British general election earlier this month, Labour has found a real leader with Jeremy Corbyn. His forthright manifesto for a socialist alternative to the giant neoliberal scam has resonated with a whole new generation. There is a palpable sense that if another election were called soon – and it might if this shambolic Tory government collapses – that Corbyn’s Labour would wipe the floor with the Tories.