Home ABOMINATIONS Mondoweiss points it out: NYT fails to report that Netanyahu started air war over Syria as corruption probes close in on him

Mondoweiss points it out: NYT fails to report that Netanyahu started air war over Syria as corruption probes close in on him 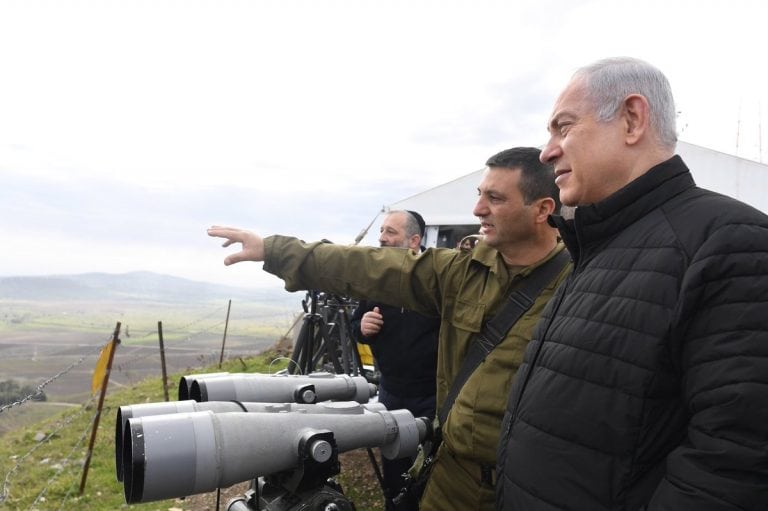 Netanyahu in the Golan Heights looking out at Syria and warning Iran not to “test” Israel’s resolve, on Feb. 6. From his twitter feed.

Once again, the New York Times has failed in its duty to its readers to tell the full truth about Israel. This latest example of Times journalistic malpractice is on display in today’s report about Israel’s dangerous escalation of air attacks against Syria, during which an Israeli F-16 warplane was shot down, amid fears that Iran and even Russia might be drawn into the conflict.

First, and most important, the article, by Isabel Kershner, nowhere explains that many Israelis and others believe that Prime Minister Benjamin Netanyahu is promoting regional armed conflict to distract attention from the corruption probes that are zeroing in on him and his wife, Sara. This site back in December quoted respected Haaretz opinion writer Bradley Burston’s view, that Netanyahu “needs a war with Iran,” that he is “desperate because police detectives and investigative journalists are closing in on him.”

Since then, the investigative heat on the Netanyahus has only increased. Haaretz reportsthat the police this week will publish their recommendations in two separate cases against the couple. In Case 1000, an Israeli businessman allegedly bribed the Netanyahus with cigars, champagne and jewelry. Case 2000 contends that a media tycoon offered to report on Netanyahu favorably if the Israeli prime minister would push legislation that curbed a rival publication. And meantime, Netanyahu lashed out at the Israeli police chief on Facebook last week.

How could the Times have left this important background out of its lengthy article on the aerial warfare over Syria?
Second, the Times report leaves the false impression that the fighting started only yesterday, when an unmanned Iranian drone allegedly crossed from Syria into Israeli airspace, prompting Israel to ‘defend itself’ by striking back at an Iranian base in Syria. The outstanding Israeli online publication, +972, exposes this distortion in a persuasive article by Haggai Matar that points out that “Israel has been bombing inside Syria for months.” He goes on:
“Make no mistake: the dramatic escalation of violence on the Israeli-Syrian border Saturday morning was initiated by Israel, and it is Israel’s responsibility to end it.” 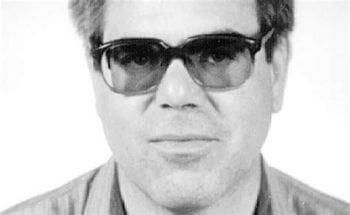 Larry Derfner, the distinguished veteran Israeli journalist, was even more blunt on his Facebook page. Derfner, who last year published an impressive memoir explaining why he has abandoned liberal Zionism, had this to say right after yesterday’s aerial clashes:

. . . Israel has been bombing the crap out of Lebanon and Syria and occasionally killing Iranians, too, prior to today’s “Act of Iranian aggression.” No, sorry, ISRAEL IS THE AGGRESSOR IN THIS CONFLICT AND HAS BEEN FOR YEARS. The injuries to one of the Israeli pilots is on ISRAEL’s head. And in the next war, every drop of spilled JEWISH BLOOD, not to mention Arab blood, will be on Israel’s head too. 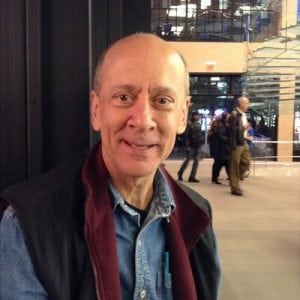 James North is an independent writer who has reported from Africa, Latin America and Asia for 42 years. Author of Freedom Rising, a first-hand look at apartheid South Africa.
Think!

Jim Carrey wants you to delete your Facebook…because of Russia