HELP ENLIGHTEN YOUR FELLOWS. BE SURE TO PASS THIS ON. SURVIVAL DEPENDS ON IT.
By Charles Bausman
EDITOR IN CHIEF, RUSSIA INSIDER

"This, ladies and gentlemen, is the lies and bilge the Times pumps into the veins of the American body politic on a daily basis..."

We live in an age when people exist happily within their own little political cocoons, blissfully unaware of what is being discussed outside of them. 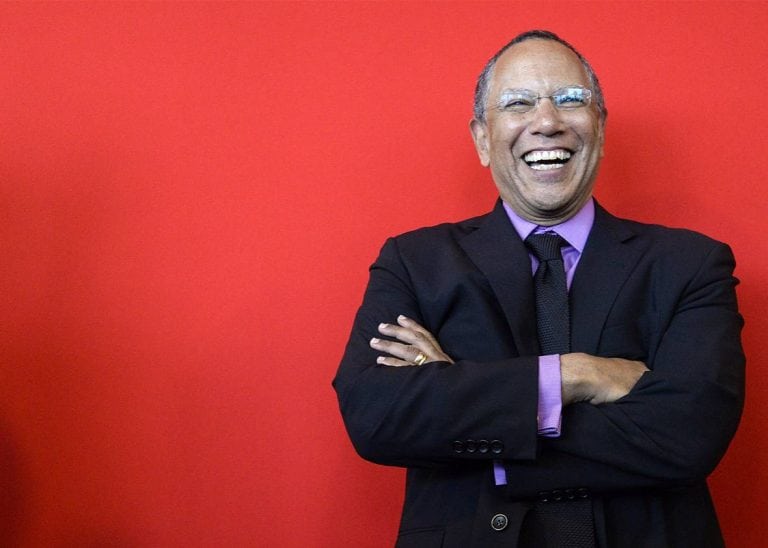 Dean Baquet, the top dog at the Times. Aaah, life is good at the top of the privilege pyramid.

Sometimes, one inadvertently stumbles across the thinking of the other side, and lately it can be shocking how widely the understanding of current events diverge.

I am continually amazed at the schizophrenia in America regarding so many things, but especially Russia and RussiaGate. It is very helpful to sometimes wonder over to the other camp and listen in.

I did this by accident this morning, reading the New York Times, and could think of nothing better than to just reproduce in full what they are saying. It requires no comment and no refutation.

It is perfect on its own, like a cockroach is perfect.

This, ladies and gentlemen, is the lies and bilge the Times pumps into the veins of the American body politic on a daily basis.

Behold the art of the Big Lie!


Exclusive:
Why Does Trump Ignore Top Official's Warnings on Russia?

The phalanx of intelligence chiefs who testified on Capitol Hill delivered a chilling message: Not only did Russia interfere in the 2016 election, it is already meddling in the 2018 election by using a digital strategy to exacerbate the country’s political and social divisions.

No one knows more about the threats to the United States than these six officials, so when they all agree, it would be derelict to ignore their concerns. Yet President Trump continues to refuse to even acknowledge the malevolent Russian role.

It’s particularly striking that four of the men who gave this warning to the Senate Intelligence Committee on Tuesday — the C.I.A. director, Mike Pompeo; the director of national intelligence, Dan Coats; the F.B.I. director, Christopher Wray; and the Defense Intelligence Agency director, Lt. Gen. Robert Ashley — were all appointed by Mr. Trump.

They testified that the president has never asked them to take measures to combat Russian interference and protect democratic processes.

With the midterm elections only nine months away, the federal government is taking some defensive measures. It is trying to get at least one election official in each state a security clearance to make them aware of threats, and is providing states with enhanced online security to ensure that Americans’ votes will not be manipulated.

Nevertheless, absent Mr. Trump’s commitment, there can be no robust mobilization to take all measures needed to confront an insidious problem that strikes at the heart of the democratic system. These would include a comprehensive and well-funded plan for protecting critical infrastructure, countering cyberattacks and mitigating propaganda.

The president should not only be strengthening electoral defenses, but also pushing back against Russia, instead of ignoring a law Congress adopted overwhelmingly to impose sanctions for election meddling and aggression against Ukraine. The list of potential activities meriting sanctions covers weapons deals, human rights abuses and Russian cyberattacks against the United States and other democracies.

Although Treasury Secretary Steven Mnuchin assured Congress on Wednesday that sanctions “are coming,” there’s little reason to believe him. The State Department recently argued that it didn’t impose sanctions against companies doing weapons deals with Russia because the threat of sanctions was enough to deter some of those deals. But there is no excuse for not acting against Russia for cyberattacks — Mr. Trump’s own intelligence chiefs say such activity has increased, not diminished.

So why is Mr. Trump still ignoring such conclusions? Some have said he is giving Russia a green light to tamper with the 2018 elections. That would have once been an absurd suggestion. It can no longer be dismissed out of hand.

The Scourging of Julian Assange

Trump lives under the constant threat of Russian blackmailing for his money laundering crimes and his entire campaign was bought and paid for by Russia. Russia continues to totally own Trump. They even made him publicly state that he was looking for Russia to steal the democratic emails and publish them via Assange, the paid parrot of propaganda. Putin calls the shots, which is why Trump never speaks a single unflattering word about Putin and Russia. Even when Trump had to sign the sanctions bill into law due to almost unanimous support in both parties, Trump has simply ignored the law passed last summer. Trump is openly working for Russia. And Robert Mueller’s independent investigation will bring Trump down in 2019 (about the same time it took to bring Nixon down after Watergate).

You say certain things that make some sense and on others you go totally (and I should add insultingly) off the rails, for example that nonsense that Assange is “a paid parrot of propaganda”. First, Russia may have some dirt on Trump, but it has obviously never really used it, for the man is still very much politically alive pushing the world from one crisis to the next and promoting all sorts of imbecilities and lies that could detonate a nuclear confrontation with Russia. In that sense, he is demonstrably following the Deep State agenda to placate them (since he has no real principles except “Trump First, second and always”).

Second, if you have the goods on Julian Assange, share them. If Assange were a careerist media prostitute as you claim, he would have made zillions more—without risking his neck—by simply joining the pro-imperialist choir, which rewards intellectual/propaganda whores exceedingly well.