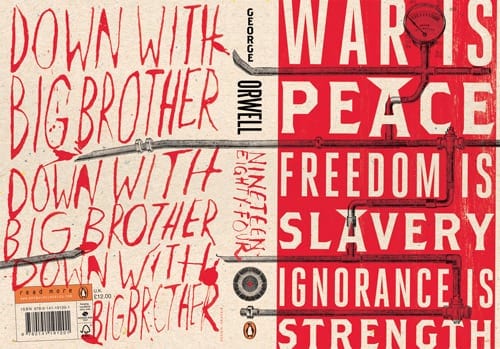 Fans of George Orwell’s 1984 will recall Newspeak, the development of a new language that also involved the elimination of certain words and concepts.  The method is clearly defined by the character of Syme in Orwell’s book:

“You think … our chief job is inventing new words. But not a bit of it! We’re destroying words—scores of them, hundreds of them, every day. We’re cutting language down to the bone … You don’t grasp the beauty of the destruction of words. Do you know that Newspeak is the only language in the world whose vocabulary gets smaller every year?”

“Don’t you see that the whole aim of Newspeak is to narrow the range of thought? In the end we shall make thought-crime literally impossible, because there will be no words in which to express it. Every concept that can ever be needed will be expressed by exactly one word, with its meaning rigidly defined and all its subsidiary meanings rubbed out and forgotten … Every year fewer and fewer words, and the range of consciousness always a little smaller… The Revolution will be complete when the language is perfect…”

Those who parrot phrases like, “Thank you for your service” are cynically helping to colonise the public’s mind; those who believe it are already colonised, today’s version of the body snatchers.

The suppression or elimination of words and phrases is one big step toward thought control; so too is the parroting of certain pet phrases and concepts, such as “support our troops” or “make America great again” or “homeland security.”  In an article about Alfred Döblin’s Berlin Alexanderplatz that appeared in the Nation, Adam Kirsch writes of how Döblin recognized the “sinister” nature of “the colonization of the individual mind by parasitic discourses,” the way in which reality itself is “cloaked” by “predigested phrases.”  Döblin wrote of how “The words come rolling toward you, you need to watch yourself, see that they don’t run you over.”

And I think something like this is happening in America today.  We’re being run over by certain words and concepts, even as other words and concepts related to democracy and cherished freedoms are carefully elided or eliminated.

Of course, Orwell wrote about this as well.  “Predigested phrases” is captured by Orwell’s concept of duck-speak, in which proles just quack like ducks when they speak, echoing the sounds fed to them by party operatives.  Quacking like a duck requires no thought, which is precisely the intent. 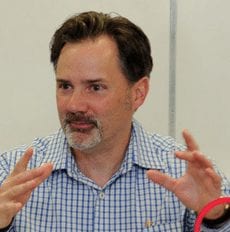 William J. Astore, a retired lieutenant colonel (USAF), is a TomDispatch regular. He has taught at the Air Force Academy, the Naval Postgraduate School, and the Pennsylvania College of Technology. His personal blog is BracingViews.com. He can be reached at wjastore@gmail.com.

Israel, Ukraine, and U.S., Crack Down Against Press