The real Santa was a lot nobler and more serious than the kiddie version.
And he was not about Xmas either. 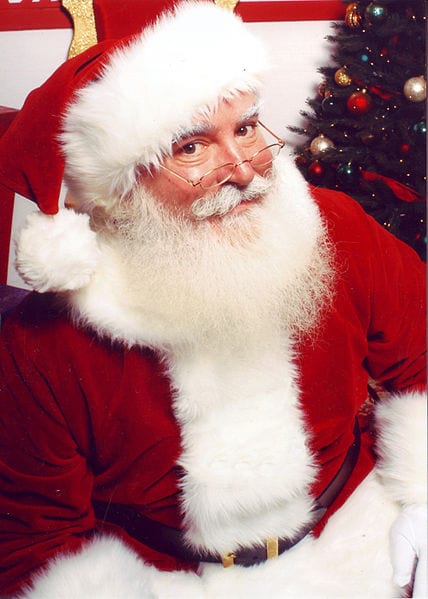 Why is this myth so powerful?  Why does it capture imagination so deeply?  Why do generations perpetuate this massive fraud to their children?

Santa wasn’t always so. St. Nicholas of Myra,was originally known for rescuing women from prostitution.  Legend says he dropped gold into the stockings of three women who, having no dowries, were about to be sold. It’s also said that he brought back to life men butchered, or kidnapped. From this, he became a Patron saint of women, children, prostitutes, protector of the oppressed and in extremis. Later, he became the patron saint of the poor, and St. Nicholas’ feast became a day for alms and redistribution.

Over the years, however, Santa acquired other significant functions. During the Dutch slave trade, he became Sinterklaas, taking on trappings of a slave trader, kidnapping young children, with a black henchman (Zwarte Piet), and sleigh drawn by ten black slaves. In the 19th Century, he took on now recognizable traits as a shill for corporate consumption, eventually co-opted by Coca-Cola (immortalizing his trademark colors) as a winter pitchman for cocaine-laced drinks, and before becoming the Patron Saint and canonical myth of capitalism.

One way of understanding this myth is through critical theory.

When the contradictions in our lives, our reality are so intolerable that we cannot humanly justify them and remain sane, we resort to a set of stories in order to obscure, absolve, and make bearable this state of affairs.

Think of this as similar to a dream, which expresses the contradictions and tensions in our lives, even as it covers them up symbolically through displacement, compression, and distortion.

Or as a disease symptom: a way of expressing a deep distress or imbalance. The symptom expresses the condition, palliating it, while signaling a deeper pathology at stake.

This collective defense mechanism is referred to as ideology, and it manifests as a series of narratives and myths that maintain our worldview—with our sense of self at the center– while keeping us asleep as to what’s really happening, from seeing what is unacceptable.

For example, the myth of Thanksgiving obscures the origins of a violent, colonial settler state, based on war, dispossession, and genocide. It papers this over with a reassuringly saccharine tale of generosity, cooperation, and sharing, lest the festivities stick violently in our craw and render us ill with rage, horror, grief.

So too, Santa Claus.  If we gave thought, we would realize for the majority of the world, Christmas means little more than punishing work in service, retail, or production. A moment’s thought to the conditions in sweatshops, where the majority of workers are now entering into 16, 20, 24 hr work schedules—essentially slave labor–to meet the demand for “gifts” in the west, would seriously dampen holiday cheer.

The Myth of Satisfied Labor:

Almost all goods for Christmas are created by workers—often underage–in sweatshops/factories for a pittance, under inhuman conditions, without choice.

The Myth of Spontaneous Generation of Wealth:

All a child has to do is go to sleep and they will find presents appearing out of nowhere. Like “the miracle of compound interest”, value generates itself effortlessly out of leisure.

No Free Lunch. Someone—usually the dispossessed poor– is paying wholesale for “wealth creation”, with blood, sweat, tears; any value you gain has been skimmed off their labor.

The Myth of Commodities:

Commodities have no history, past or social relationships. They appear out of the night, delivered magically.

Reality: Every commodity has a history, and is implicated in a web of social practices and relations. A commodity is “congealed labor”, a tangible, packaged record of human suffering.

The Myth of Abundance & Benevolence

Children–good ones–wake up rich with gifts delivered by a benevolent paterfamilias.

Every night, millions of people— many children– go to bed hungry without barest necessities. For them, Christmas means a boot in the face and punishingly intensive work. 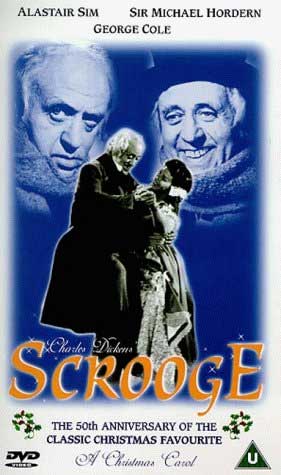 Dickens used Xmas as a setting for a redemption story about a mercantile capitalist blind to the miseries caused by his favorite social system.  But Scrooge’s transformation made him a more admirable Santa than today’s crassly commercial versions.

Everybody gets what they want; if they don’t, they have been bad.

The majority of people suffer for no other reason than the economic conditions and social class they were born into.

Associated with George W. Bush (of whom it was said that he was born on third base, but believed he had hit a triple), it’s the belief that gifts received did not come from parents. It’s the oedipal theme in Capitalism that denies ancestry, the better to claim the virtues of self-accomplishment.

Picketty has pointed out, most of the growth of historical wealth is from inheritance. It is inherited, or from the appropriation of the material or intellectual commons, or labor.

Santa distributes in a single night (frictionless distribution), in your own home (barrierless entry) without any damage (no externalities), exactly what you want (perfect knowledge), to your satisfaction (perfect equilibrium/satisfaction). Under monopoly conditions.

Reality: This is economic pornography. The market does not, will not, cannot work this way.

The Message of Mystification, Ignorance, and Collusion:

This is the last, most seductive narcotic in Santa’s pharmacopoeia, that explains why this gateway myth is fed: close our eyes to suffering, sleep; and we will get all we want or deserve. Oblivion (masquerading as innocence), is the price to pay for privilege; the collusion of our ignorance is the precondition for reward. This above all, is the most pernicious bargain, the one that maintains the status quo.

So once again, the sleigh of mystification flies triumphally in the dusk of reason, against the harsh, dark night of capitalism.  It’s incumbent on those of us with thinking minds and caring hearts, to eschew this palliative narcotic and to aspire for ourselves and others, the true flight that a critical, liberated mind can attain, to struggle for the heights of justice, equality, solidarity.  Thinking critically can start the journey that lightens all our hearts and souls, the better to serve one another in the dialectical expression of justice called Love. This is the best gift you can give yourself and your children for Christmas.

ABOUT THE AUTHOR
K.J. Noh is a long time activist, writer and teacher.  He can be reached at k.j.noh48@gmail.com

The Life of the Party Has Left

Why Russia won’t invade the Ukraine, the Baltic statelets or anybody else

No, no, no and no! This is supposedly the heartless reality of our Christmas Holiday, but it needn’t be. If you keep Christ in Christmas, you will cut through the consumerism and accept the true meaning of the season. Santa is a relatively benign accessory to our modern season, as long as everyone remembers that today’s myth was based on the life of a good man who helped the poor. If children are told about Santa’s beginnings, they will be able to come to terms with his present.

THE AMERICAN CENTURY IS OVER BECAUSE…