Home ABOMINATIONS Books: The Plot to Attack Iran – How the CIA and the Deep State Have Conspired to Vilify Iran.

Books: The Plot to Attack Iran – How the CIA and the Deep State Have Conspired to Vilify Iran.

The Plot to Attack Iran – How the CIA and the Deep State Have Conspired to Vilify Iran.  Dan Kovalik.  Skyhorse Publishing, New York, 2018. 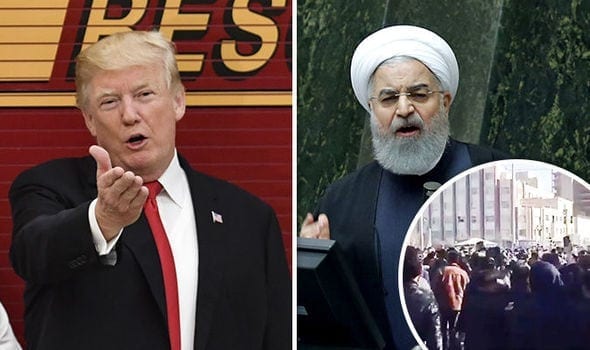 [dropcap]W[/dropcap]estern mainstream media (MSM) typically present Iran as a degenerate and impoverished society under the sway of Islamic terrorist fundamentalists.  Alternate media and seriously investigated works present a much different picture.  Dan Kovalik’s The Plot to Attack Iran highlights the current state of affairs in Iran in the context of decades of covert and direct attacks aided and/or instigated by the U.S. and its allies.

The history starts with a contemporary scene in 2006, with the U.S. intentions to attack Iran, using nuclear weapons.  Kovalik argues that with Israel being bogged down in Lebanon by Hezbollah at that time, it stalled the planned assault.  As with Iraq, Iran was considered by the MSM as a terrorist state supporting al-Qaeda, wanting to develop nuclear weapons, and repressing its people under a totalitarian regime.

The story then fast forwards to the past few years.  Combined with the “oil war” in which prices are controlled mainly by Saudi Arabia oil production increases or cuts, “current U.S. economic sanctions” are “an act of economic terrorism in that it constitutes the intentional infliction of injury against the civilian population to bring about a desired political end – but it is par for the course for the United States.”   The civil disturbances as depicted by the MSM and the U.S. government was not about “civil liberties” but were mainly about the economy.

Collateral to this oil war, originally aimed at both Russia and Iran, is the effect on the Venezuelan economy.  These links and associations to other areas of U.S. imperial designs are a strong point of Kovalik’s overall presentation, demonstrating the global attempts to subjugate and overturn any government that goes against U.S. wishes.

The story then turns back in time to the beginning of the current history of imperial intentions for hegemony which started with Great Britain in association with the U.S. attempting to get rid of the popular and democratically elected government of Mohammed Mossadegh in 1953.  The objective at the time was the usual control of oil resources.  It should be noted control and profits were the motive, as the US$ link to oil had not yet been fully created.  Another factor in line with the U.S. desire for global hegemony and its communist fear mongering was the desire “to wipe out the “danger of a good example” to other upstart nations.”

While working through Mossadegh’s overthrow, the history also involves the reintroduction of the Shah into Iranian politics.  Supported by the CIA who trained the Shah’s security force, SAVAK, Iran became a loyal supporter of U.S. plans.  The suppression of resistance resulted in many political prisoners and many “disappeared” dissenters, a strategy replicated by CIA surrogate dictators in Argentina and Chile.”  The result was a “whole society corrupted by power and fear.”

Summing up the activities of the U.S.supported Shah and the SAVAK, Kovalik says, “Iranians have every reason and right to feel anger, and even hatred toward the United States, not just for what has been done to them, but also because the United States continues to do so while holding itself out as a bright beacon of democracy and freedom to the world.”

The history continues with more links to events in the Carter regime and its aggression in El Salvador and its ongoing support of the Shah’s regime.  Again, these associations are directly applicable as “it is important to note that the United States has consciously utilized the “Salvador option” in countries like Iraq and Afghanistan to put down insurgencies….”

Then, at least according to MSM accounts, the Iranian people suddenly overthrew the Shah and installed their dictatorship under Ayatollah Khomeini, holding dozens of U.S. embassy personnel hostage until subsequently released after some shady dealings with Ronald Reagan’s electoral campaign.   Kovalik weaves the story through the Iran-Iraq war and its many side issues: the Iran-Contra affair;  the use of WMDs by Iraq (poison gas from U.S. sources);  Israeli and U.S. support given to both sides hoping to exhaust them both.

Another side trip is taken through Guatemala and the attempts to overthrow the Sandinista government.  Guatemala was the U.S.’ CIA second overthrow, as following the Mossadegh coup  in Iran, the same tactics were applied to overthrowing the democratically elected government of Jacobo Arbenz, not for oil this time, but to stop land reform and for the United Fruit Company of Boston (now Chiquita).

Afghanistan’s war plays a significant part of this history, as Iran aided the U.S. in its measures against al-Qaeda and the Taliban and received nothing but an “Axis of Evil” label from George Bush with attempts to instigate rebellion in the Baluchi area of Iran.  Kovalijk’s summary of the Afghanistan mission is “that we have lost in Afghanistan, if there was ever anything there to win, and that we need to end the occupation and accept the inevitable rule of the Taliban whether we like it or not.”

Finally, the war in Yemen is brought into the narrative.  According to the MSM, the Saudi’s are fighting valiantly against Houthis/al-Qaeda in Yemen who are supported by Iran.  The reality is a crime of aggression by the Saudi’s to control more territory and in a personal vein, to inflate the ego of bin Salman.  While Yemen is being pummeled with U.S. made weapons, delivered in U.S. made planes, fuelled with U.S. air-tanker assistance, aided with U.S. reconnaissance information, and with tens of thousands of Yemenis killed and millions placed on the edge of starvation, disease, and murder, the U.S. and other western MSM remain silent.  “The disconnect on this issue is quite revealing of the dynamics of US foreign policy…demonstrates the stark double standard between how we view the “crimes of others” and our own crimes.”

Unfortunately, this kind of history goes back to the founding fathers (who adopted British colonial racist policies) as George Washington is cited, “lay waste to all settlements around…that the [native] country not be merely overrun but destroyed….Our future security will be…in the terror which the severity of the chastisement they receive will inspire in them.”  Welcome to the empire – Iraq, Libya, Guatemala and many dozens of other countries attacked by the U.S.

Kovalik’s conclusions are obvious.  Iran is not a threat to Israel (who have some 200 nuclear warheads to Iran’s zero warheads).  Iran is not a threat to the United States (well, perhaps in combination with Russia and China and the avoidance of the US$ as the empire continues to decline).  Oil is not required especially in an era when the U.S. could be leading the world with ‘green’ technology (okay, see the US$ again).

Kovalik’s book, The Plot to Attack Iran – How the CIA and the Deep State Have Conspired to Vilify Iran,  is mainly about Iran, it necessitates all the associations he brings to it concerning other U.S. efforts at subjugating a foreign nation to their imperial demands.  It is a well written work using many sources and personal anecdotal material, putting Iran’s story into a global and historical context, once again implicating the U.S. in humanitarian and war crimes, a good read for knowledge about the Middle East, Iran in particular, and about the workings of the U.S. empire.

Jim Miles
Jim Miles is a Canadian educator living in British Columbia. He writes regularly about the Middle East and its militarization and economic subjugation. His concerns include the commodification of the world by corporate governance and the American government. He writes book reviews and opinion pieces which are published here, as well as in The Palestine Chronicle and Foreign Policy Journal. His work is widely distributed across the Internet.”
0 0 votes
Article Rating
All comments subject to anti-hacking filters.
69
69
Shares
0 comment 1 FacebookTwitterPinterestLinkedinVKRedditWhatsappTelegramEmail
previous post

OPERATION LONG-JUMP 1943: The Nazi Assassination Plot against Churchill, Roosevelt and Stalin – And How it Was Foiled.