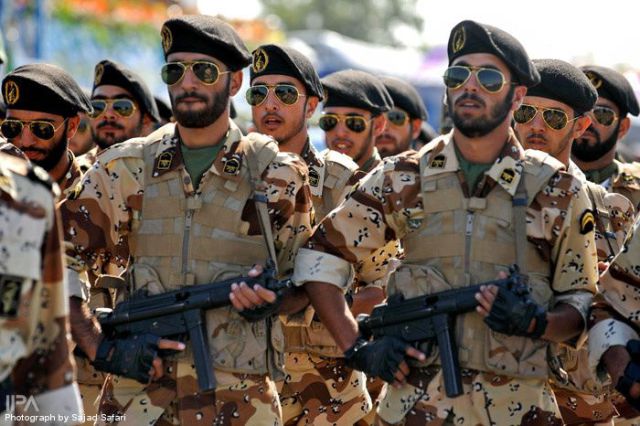 The Iranian Army will not easily crumble as the Iraqi army did. And some sane minds in the US government know it.

The UK acknowledged its first defeat by Iran when it released the Iranian super tanker “Grace 1” captured by 30 Royal Navy commandos in the first week of July in response to a US request, as the Spanish Foreign Minister Josep Borrell revealed. In response, Iran will release the British-flagged tanker “Stena Impero”, captured by the “Iran Revolutionary Guard Corps” (IRGC) Special Forces before Saturday mid-day. This tit-for-tat response by Iran showed its determined deterrence policy towards the west:  Iran is ready to accept any consequences, including a possible war if necessary.

Moreover, Iran is prepared for another partial withdrawal from the nuclear deal three weeks from today as a counter reaction to the insufficient response of western signatory countries and their failure to effectively oppose the illegal actions of US President Donald Trump. The US unilaterally decided to revoke the deal, persuaded by Israeli Prime Minister Benyamin Netanyahu– even though its Chief of Staff acknowledged the nuclear deal was working. The bras-de-fer between Iran and the west is transforming the Middle East into a powder keg, ready to blow-up after the next challenging decision.

What is reducing the possibilities of war in the Persian Gulf are the 2020 US presidential elections. Indeed, Trump seems no longer willing to challenge Iran directly nor does he aim to push the conflict to a dangerous level. He is avoiding putting the US in the first line of confrontation against Iran for another year until he sees bailout results in his favour (at the end of the year 2020). In the meantime, the US administration is increasing sanctions on Iran and is trying to gather naval forces to police the Persian Gulf, contributing to an increase in the tension. Israel came forward overtly, challenging its sworn enemy Iran, by offering its direct participation in the US-proposed naval mission in the Persian Gulf. Now already Israel is involved in the US plans in the Gulf. Sources knowledgeable of the dynamic in the Gulf-Iran tension have said “Israel has drones in the area, and is involved by being present in many countries around Iran, providing military and logistic support”.

The Israeli “offer” is regarded as a clear provocation to Iran. It is sending a challenging message to the “Axis of the resistance” that has been threatening to attack Israel in case of all-out war on Iran. It shows the readiness of Israel to wage war on Iran whenever the US or a US led coalition decides, quite possiblyafterthe US election next year. Israel in any war-like decision balances the benefits and the consequences. It looks like this time the Israeli leadership should explain to their citizens why a war with Iran is worth major destruction to its infrastructure and domestic casualties. Hezbollah vows to attack Israel in case of war and the head of its Parliamentary delegation said the quasi-state actor believes that a war is under preparation against Lebanon. A Middle Eastern war is certainly not to the advantage of the nearby European continent. Unfortunately itis doing very little to influence or to cool down the levels of tension Trump is creating in the Midle East.

Among European countries, only the UK has agreed to join the US in patrolling and protecting oil tankers navigating in the Gulf. The UK is shifting away from the European stand towards Iran and seems willing to take the role of a US shield to keep earning US favour, as shown by its capture of “Grace 1”. The Trump administration is showing greater wisdom than the UK by keeping its jet carrier the USS Abraham Lincoln and other warships in Bahrein, away from the Persian Gulf.

Iran is showing further determination to protect its interests by rejecting harsh US sanctions and disrupting the exports if its own oil cannot be sold on the world market. On the other hand, Europe is aware of the danger and the possibility of a military confrontation, which means only losers. The UK insistence to have the first row position against Iran by sending a third warship to the Gulf is apparently not taking into account that the IRGC considers the western ships gathering in the area as proximate targets and floating coffins in case of war. Iran has cruise missiles, anti-ship precision missiles and armed drones enough to damage and destroy any naval ship, even one hiding behind an island, Bahrein, in the Persian Gulf.

Iraq played an important role in de-escalating the tension between Iran and the UK and for the release of the two tankers “Grace 1” and “Stena Impero”. The US administration is trying to look for ways to increase its maximum pressure on Iran in the hope of bringing Iranian officials to their knees, a goal far from realization. Baghdad will not be side-lined in case of war, and Iran’s allies in Iraq, Lebanon, Syria and Yemen will not stand idle. They are preparing for the worst-case scenario. The war of tankers is far from ending, it is just  beginning.

Feel free to distribute (Plus on est de fous...)
ABOUT THE AUTHOR
Elijah J. Magnier is a veteran war-zone correspondent and political analyst with over 35 years of experience covering the Middle East and North Africa (MENA).