Home AMERICAN BRAINWASH How Fascist Is the Republican Party?

How Fascist Is the Republican Party?

A fascist is a person who believes in some form of ‘solidarity’ being imposed on the nation. That’s what the term “fasces” or Latin “bundles” referred to: specifically, to "a bundle of elm or birch rods about 5 feet (1.5 metres) long and tied together with a red strap; it symbolized penal power.” It was unification by means of force, specifically the force of the “penal power” or the police and the military and the law and the chief executive officer of the nation — an imposed order or unity upon the society, the nation being tied together by means of enforced order that represents the powerful against the weak. 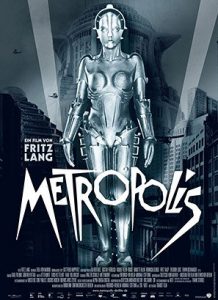 Editor's Note: Fascism, as suggested by the author's analysis, is very much obligatory "social harmony", with each main class "in its place," almost frozen in time, as in the middle ages. The class struggle is thereby proscribed as an injury to the new state-enforced (and supposedly happy) "unified society." This idea of class harmony between inherently antagonistic classes with enormous disparities in power was sketched out in films such as Fritz Lang's Metropolis, (1927), a film popular with the Nazi leadership, even though Lang, himself half-Jewish, denied he had intended it as fascist propaganda. The same theme of idealised "social harmony" is also subtly promoted in contemporary films and television, the most prominent of this sub-genre being Downton Abbey. —PG

The Fascist Party’s emblem, the image of the fasces, showed them wrapped around an axe, and this symbolized the ability of the government to axe dissenters, specifically to chop off their heads. Whereas the sharp head of that axe cold cut, the rods that were tied to its handle were supposed to give it extreme solidity: “a single rod is easily broken, while the bundle is very difficult to break.”In other words: In unity, there is strength. And that was their motto.

This was the original form of Fascism, or Mussolini’s restoration of the past glory that was Rome.

Hitler’s Nazism interpreted that “unity” as being specifically a racial unity, but Mussolini’s original form did not — it was, for him, purely cultural.

Mussolini also made clear that the purpose of Fascist rule was to impose the order of the aristocracy, or the holders and controllers of large-corporate power, against workers, environmentalists, consumers, or any who might dissent from this order. He sometimes used the term “corporationsm” as a synonym for “fascism” — that is, for the ideology of his Fascist Party. The aristocracy (or the wealthiest) controlled the corporations, and the government represented them against any who would dissent from their rule over the country.

On Thursday, September 11th, Jennifer Bendery at HuffPost headlined "Controversial Trump Court Pick Gets Expedited Senate Confirmation Hearing”, and she described as being, essentially, a pure fascist, a lawyer whom President Trump and Senate Majority Leader Mitch McConnell have suddenly decided to rush though to confirmation to join the U.S. Court of Appeals for the 2nd Circuit, which is the second-most-important of all of the regional appeals-courts after only the United States Court of Appeals for the District of Columbia Circuit, which latter handles the bulk of Constitutional-law cases prior to their reaching the U.S. Supreme Court. The Second Circuit handles instead Wall Street, most of New York State, and all of Connecticut and Vermont.

Bendery’s report documents, via its links, that the lawyer in question here, Steven Menashi, supports the rights of major corporations against their victims, in all ways, personal, environmental, workplace, and otherwise; and also that he passionately opposes homosexuals and ethnic minorities who dissent from any legally imposed order in society. For example, one document that she links to, Steven Menashi’s scholarly article "ETHNONATIONALISM AND LIBERAL DEMOCRACY”, even opens by saying, "This Article argues that ethnonationalism remains a common and accepted feature of liberal democracy.”

Basically, Bendery documents that Donald Trump and Mitch McConnell have to be fascists in order to be trying to rush-through Menashi onto that extremely powerful court (which also is a major stepping-stone to the U.S. Supreme Court itself). That’s a big thing to have documented, and she did it well.

The question, therefore, for all Republicans, is: Are you a Republican? Is this what you too stand for?

(NOTE: I have, on many occasions, also documented that America’s Democratic Party is run by fascists, but more of the Mussolini type than of the Hitler type. However, this matter of Menashi is somewhere between Hitler and Mussolini, and that’s even worse than the Democrats. I, myself, am an FDR Democrat, and a Lincoln Republican, and neither of America’s two main Parties is that. FDR and Lincoln both were progressives. Both of today’s two Parties are instead extremely conservative. I state this here because some readers might consider this article to be partisan. It’s not.)

YEMEN: ANOTHER SHAMEFUL US DEFEAT LOOMS