September 30, 2019
Please make sure these dispatches reach as many readers as possible. Share with kin, friends and workmates and ask them to do likewise. 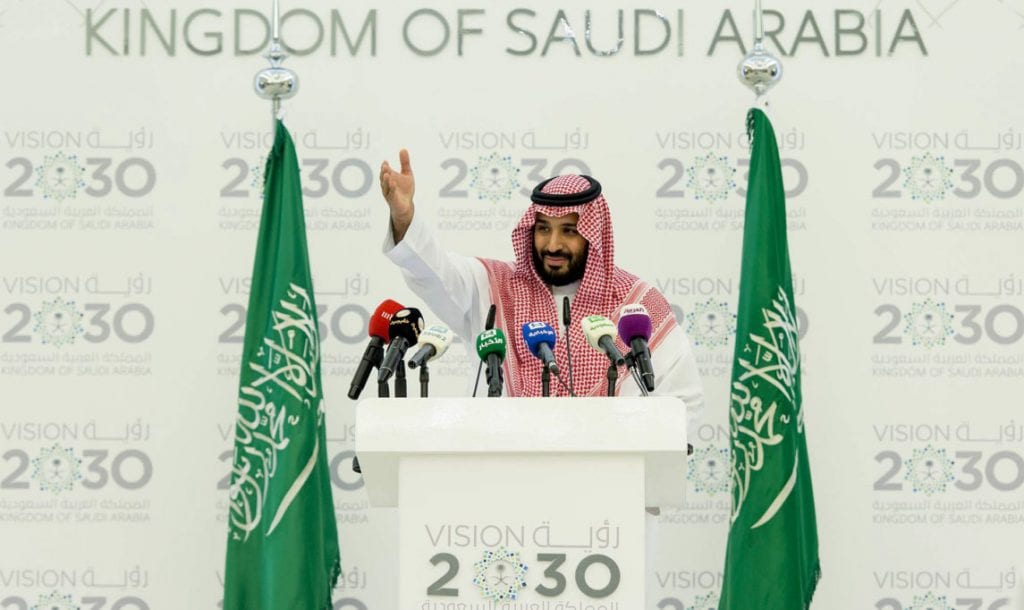 MbS—The de facto ruler of Saudi Arabia. His short "reign" has already been a disaster and a Nuremberg-class crime, yet there's no talk anywhere of sanctions. Let alone some color revolution to overthrow this undeniable tyrant.

[dropcap]S[/dropcap]omething curious is happening in Saudi Arabia and Yemen.

For the second time in a month the Yemeni forces aligned with the Houthi surrounded and captured brigade size forces of Saudi soldiers and mercenaries. The Houthi media report that 2,400 fighters and several hundred vehicles were captured. The reports say that 500 Saudi soldiers were killed. This video shows the fighting. Another video shows several hundred prisoners being led away from the front. Here are additional pictures. Most of the prisoners seem to be poor men that the Saudis had hired. Only a few have complete uniforms. The events happened north of Kitaf near the Saudi Yemeni border and at least partially in the Najran region within Saudi Arabia. Here is a report of the previous operation. Overnight some ten short range ballistic missiles were launched from Yemen against the airport of Al Jadhea in Saudi Arabia.

The personal bodyguard of the Saudi King Salman has been killed. The official claim is that it was during a personal dispute. Conveniently the shooter is also dead. But there is more behind this:

Ali AlAhmed @AliAlAhmed_en - 2:47 UTC · Sep 29, 2019
I can now confirm the death of personal guard of #Saudi @KingSalman General Abdulaziz AlFaghem by gunfire. He is seen here with the king. He was dismissed from his post just days ago which makes his death extremely suspicious. Working on details. 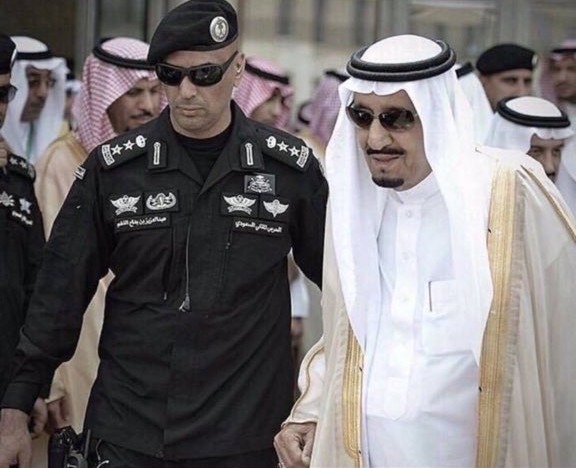 AlFegham was seen few days ago walking alone #Jeddah corniche which is not constant with his job. He doesn’t ever leave the side of the king & sleeps at the palace after the king goes to bed.

I can with high certainty say that AlFegham was dismissed this month by #MBS. Details will be coming when sources are able to find info & transmit

Update: #Saudi king palace in #Jeddah is high alert & on lockdown. I know that palace & have reviewed its plans & photos from inside & had sources there since 2005 until recently. Also royal court #Riyadh is on lockdown.

AlFaghem had many secrets & had served since as personal guard of King Abduulah - from 2002- as far as we can confirm. This made him a threat to #MBS given he supervised palace guards who killed #JamalKhashoggi

I can say now, it was a political murder. The report will come out Sunday with details.

There is currently a huge fire in Jeddah near the train station which may be related to the events above.

After the attack on the oil installation the Houthi had offered a ceasefire. But Saudis only wanted a 'partial' one which the Houthi rejected.

Clown prince Mohamed bin Salman may have removed his father's bodyguard to make it easier for himself to take the throne. The recent Yemeni attack on Saudi oil installation and the defeat of at lest two brigades of Saudi troops must put a lot of pressure of him. MbS is the Defense Minister. He started the war on Yemen. He must fear for his job and position. With the king removed he would become unassailable.

About the Author
The author is MoA's founding editor.