Ukraine: A Short History of Meddling

September 30, 2019
Please make sure these dispatches reach as many readers as possible. Share with kin, friends and workmates and ask them to do likewise. 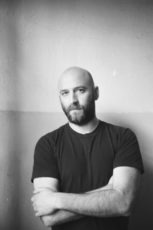 Born in Saint Petersburg, Russia, Yasha Levine is a Russian-American investigative journalist and author. Levine, who was born in the Soviet Union, is a former editor of Moscow-based satirical newspaper The eXile. He is the author of the 2018 book Surveillance Valley: The Secret Military History of the Internet.

CIA, Climate And Conspiracy: More Notes From The Edge Of The Narrative Matrix