US Senators Propose Resolution Blocking US Withdrawal From Northeastern Syria

A bipartisan group of congressmen is to propose a resolution to US Congress blocking US President Donald Trump’s order to withdraw US troops from northeastern Syria. 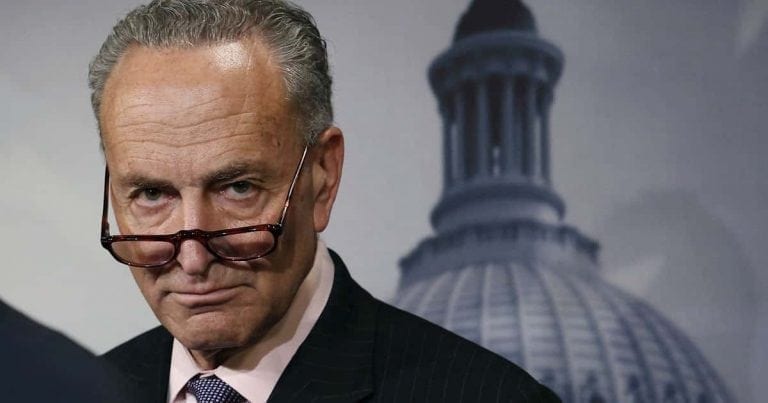 “The president has been derelict in his duties,” Schumer said. “He’s making Americans much less safe, and undoing years of work to curb ISIS and he’s making America much more susceptible to terrorism by his actions. He may not have intended to do that, but that’s just what’s happening as a result of his actions.”

Schumer said the resolution will be bipartisan and require a new strategy to defeat ISIS and defend Kurdish partners. An identical version will be introduced in the House of Representatives.

The Democrat further explained that lawmakers from both chambers will offer a joint resolution demanding Trump “undo his decision, to do everything he can to protect the Kurds, to do everything that we must do to prevent [Islamic State] terrorists from escaping, and make sure that Turkey respects existing agreements related to Syria and with the United States.”

“You hear the president and people like Rand Paul talk about endless wars all the time, and it’s kitschy. But actually, we were preventing an endless war,” the lawmaker said. “For me—as a guy that served in the military and really got into politics because I believe in the role America plays—to see this yet again, you know, leaving an ally behind… is disheartening, depressing.”

Kinzinger added: “The Kurds found out on Twitter, for goodness sake… We have left them to the wolves. And the message this is sending to our allies around the world, I think, is really going to be bad.”

Republican Senator <strong>Bob Corker, too, rebuked the decision on Twitter.

Recent decisions by the administration regarding Syria are a strategic error and further diminish the character of our great nation.

On October 14th, Senate Majority Leader Mitch McConnell said he was “gravely concerned” about how the US responded to the Turkish advance in northeastern Syria.

“Turkey is our NATO ally and has legitimate security concerns stemming from the conflict in Syria. But Turkey’s offensive against our Syrian Kurdish partners is jeopardizing years of hard-won progress in the fight against ISIS,” he said in a statement.

“For years, the United States and our Syrian Kurdish partners have fought heroically to corner ISIS and destroy its physical caliphate. Abandoning this fight now and withdrawing U.S. forces from Syria would re-create the very conditions that we have worked hard to destroy and invite the resurgence of ISIS,” he continued. “And such a withdrawal would also create a broader power vacuum in Syria that will be exploited by Iran and Russia, a catastrophic outcome for the United States’ strategic interests.”

McConnell said that the withdrawal of troops would not help the US’s long-term interest in the region. He reiterated that earlier this year a bipartisan supermajority of senators supported legislation warning against the early withdrawal of US troops from Syria and Afghanistan.

Senator Lindsey Graham is introducing a bill to sanction Turkey, but is not condemning Trump’s decision.

On October 14th, Graham joined Trump at the White House to speak with Turkish officials and General Mazloum Kobani, the leader of the Kurdish forces. Graham praised the president for “trying to end the bloodshed through a negotiations deal addressing Turkey’s concerns about certain Kurdish elements near their border.”

“The President’s team has a plan and I intend to support them as strongly as possible, and to give them reasonable time and space to achieve our mutual goals,” Graham said.

Despite Trump’s executive order for sanctions, Senate Democrats said that sanctions against Turkey are not enough.

“Strong sanctions, while good and justified, will not be sufficient in undoing that damage nor will it stop the consequences stemming from the ISIS jailbreak,” said Senate Minority Leader Charles Schumer said, in a joint statement with Bob Menendez and Jack Reed, both Democratic senators. “The first step when Congress returns to session this week is for Republicans to join with us in passing a resolution making clear that both parties are demanding the president’s decision be reversed.”

The situation is quite unclear, since sanctions against Turkey will likely prove ineffective, but at the same time, it is unlikely that the Turkish forces would stop if the approximately 1,000 US troops remain in northeastern Syria. Withdrawing them would more than likely save their lives, after the massive failure of US foreign, and even internal, policy that this matter has turned in.

One Rocket provoked the US Withdrawal: details of the Kurdish-Russian-Syrian Deal

SAUDI ARABIA IS OPENING ITS DOORS: BUT WHAT WILL YOU SEE ONCE THERE?

The Democrats have two complaints. First, Trump was not really democratically elected. Second, that Assad was not democratically elected. Therefore, foreign intervention is necessary to ‘save the Syrian people’. So perhaps, as it did in Syria, the US needs foreign intervention, say, Russia, China, or maybe even Syria to save the innocent US civilians from their oppressive Democrat/Republican government.
There are a lot of opposition groups in the US. Perhaps they should all be armed, and maybe different areas of the country, say the Dakotas, should be made a separate country for the Souix Native Americans, who’ve been the victim of broken treaties, not unlike the betrayal of the Kurds for decades.