February 2, 2020
Please make sure these dispatches reach as many readers as possible. Share with kin, friends and workmates and ask them to do likewise.

The Pentagon deployed a new, smaller nuclear warhead aboard the ballistic missile submarine USS Tennessee as it sailed into the Atlantic last month in the midst of the spiraling crisis with Iran. The weapon, known as the W76-2 warhead, has an explosive yield of roughly five kilotons, a third of the destructive power of the “Little Boy” bomb that claimed the lives of some 140,000 people in Hiroshima in 1945.

The Federation of American Scientists (FAS) revealed the deployment this week, citing unnamed civilian and military figures. It stated that two of the 20 Trident submarine-launched ballistic missiles onboard the USS Tennessee and other subs will be armed with the W76-2 warheads. Each missile can be loaded with as many as eight such warheads, capable of striking multiple targets. 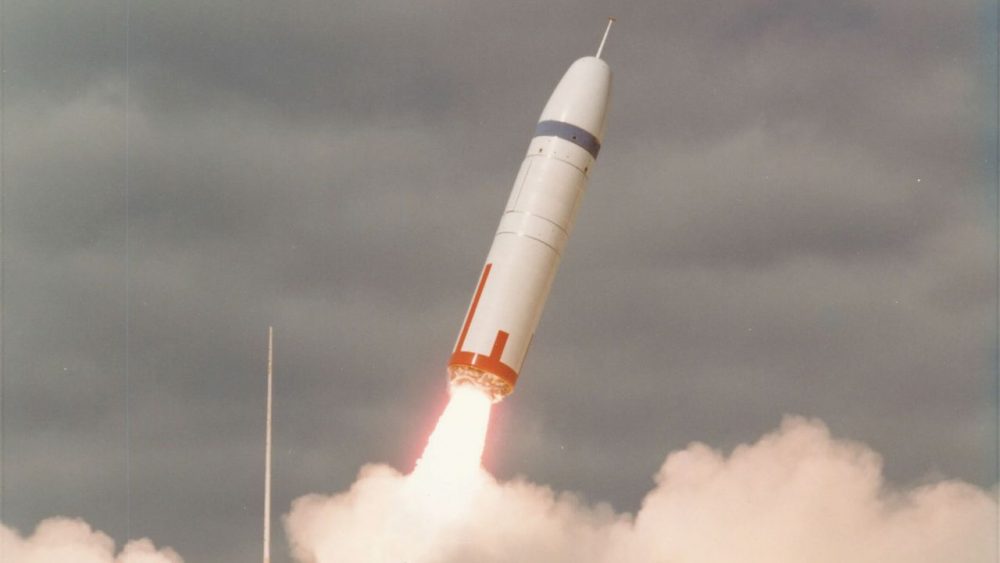 The new weapon has been rolled out with remarkable speed. The Trump administration’s 2018 Nuclear Posture Review called for the development of “a low-yield SLBM [submarine-launched ballistic missile] warhead to ensure a prompt response option that is able to penetrate adversary defenses” and close “an exploitable ‘gap’ in US regional deterrence capabilities.”

The pretext for the warhead’s deployment was the unsubstantiated claim that Russia is developing similar weapons and has adopted a doctrine of “escalate to de-escalate” or “escalate to win” by utilizing low-yield nuclear weapons, with the expectation that Washington would not retaliate with strategic warheads for fear of initiating an all out thermonuclear war. The Pentagon’s argument has been that a low-yield and rapid reaction ballistic missile is needed to “restore deterrence.”

The report by the FAS strongly suggests, however, that this alleged Russian doctrine is a pretext and that “it is much more likely that the new low-yield weapon is intended to facilitate first-use of nuclear weapons against North Korea or Iran.”

It points out that both the US National Security Strategy and the Nuclear Posture Review (NPR) envision the use of nuclear weapons in response to “non-nuclear attacks, and large-scale conventional aggression,” and that the NPR explicitly stated that the W76-2 warhead was designed to “expand the range of credible US options for responding to nuclear or non-nuclear strategic attack.” Washington does not rule out a nuclear strike, including against non-nuclear armed countries like Iran.

The deployment of the USS Tennessee with its new “usable” nuclear warheads came at roughly the same time as President Donald Trump huddled with his top aides on December 29 at his Mar-a-Lago resort in Florida, ordering the criminal drone missile assassination of Gen. Qassem Suleimani, one of Iran’s top officials. The drone killing was carried out at Baghdad’s international airport five days later.

In a report Thursday, NBC News, citing unnamed senior US officials, established that at the same meeting in Florida, “Trump also authorized the bombing of Iranian ships, missile launchers and air defense systems… Technically, the military can now hit those targets without further presidential authorization, though in practice, it would consult with the White House before any such action.”

The report warned that “the two sides remain in a dangerous boxer’s clench, in which the smallest miscalculation, some officials believe, could lead to disaster.”

In other words, for all the talk of war having been averted following the act of war and war crime carried out by Washington in the murder of Suleimani, the reality is that the world remains on the knife’s edge of a catastrophic military confrontation, which could rapidly escalate into the first use of nuclear weapons in three-quarters of a century.

The threat against Iran is part of far broader buildup to global war through which US imperialism is seeking to offset the erosion of its previously hegemonic domination of the global economy by resorting to the criminal use of overwhelming military force.

After securing a $738 billion military budget for 2020 with the support of an overwhelming majority—Democratic and Republican alike—in the US Congress, the Trump administration is now preparing to push through a 20 percent increase in the budget for the National Nuclear Security Administration (NNSA), the agency overseeing the buildup of the US nuclear arsenal. This $20 billion budget proposal, made public this week, represents only a fraction of the more than $1 trillion the US is projected to spend on “modernizing” the arsenal over the next three decades—plans that were set into motion under the Democratic administration of Barack Obama, before Trump took office.

The threat against Iran is part of far broader buildup to global war through which US imperialism is seeking to offset the erosion of its previously hegemonic domination of the global economy by resorting to the criminal use of overwhelming military force.
Trump is a war criminal. His threats to carry out the “obliteration” of Iran and to rain “fire and fury” upon North Korea are not merely hyperbole. The “usable” nuclear weapons to commit such atrocities have already been placed in his hands.

As the Senate impeachment trial of the US president limps to an ignominious close, it is striking that Trump’s greatest crimes, including acts of war and his threat to drag the world into a nuclear war, feature in no way in the charges against him. On the contrary, the articles of impeachment center on allegations that he withheld lethal military aid to Ukraine and has been insufficiently aggressive in confronting Russia.

This charge is made, as Newsweek pointed out this week, after the Pentagon staged an unprecedented 93 separate military exercises between May and the end of September of last year, all of them simulating or preparing for war against Russia. This includes practice bombing runs less than 500 miles from the Russian border and the steady build-up of ground forces in the three Baltic states and Poland, together with escalating US air deployments described as “bomber assurance” and “theater security” programs.

The drive to war has its source not in the diseased mind of Donald Trump, but rather in the insoluble crisis of global capitalism. There exists no antiwar faction within the US ruling class, including its Democratic representatives, only tactical differences over how US imperialist interests should best be pursued on the global arena.

The struggle against a new imperialist world war and the threat it poses to the survival of humanity can be based only upon the struggles of the working class, which is engaged in a wave of strikes and social upheavals across the planet. These emerging mass struggles must be armed with a socialist and internationalist program to unify workers in the common fight to put an end to the source of war and social inequality, the capitalist system.

About the author(s)
Now be sure to share this article with friends, kin and workmates! Fighting the empire starts when you neutralise its shameless lies.
THINK!

Israel has played a key role in US aggression towards Iran