Get this, folks: As befits a glorified puppet state, the British media are often more vile than their American cousins, and same goes for the Brits' security agencies. 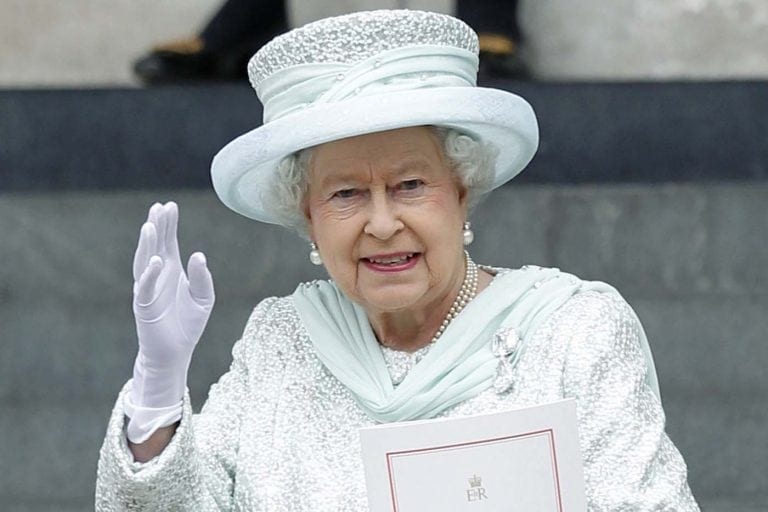 Behind all that royal pomp and circumstance hides a very filthy establishment, ready to support the US in its quest for global hegemony, even if this involves enormous crimes against humanity. Britain's theft of Venezuelan gold and its psyops against Russia and China demonstrate London is not about to quit being an imperialist stooge.

The sensational headlines screaming on the front pages of British newspapers this week showed that the parliamentary Russia Report was a triumph of bombast.

The Daily Mail led with “Damning Russia Dossier” while The Times heralded “MI5 to get more powers” and “Tough new laws will combat threat of Russian spies”. The Times also splashed its front page with a large photograph of Russian President Vladimir Putin seemingly lurking behind a curtain, which just goes to show how much British journalism has descended into cartoonish trivia.

There is sound reason why the British government delayed until this week publication of the so-called Russia Report by a cross-party parliamentary committee. That’s plainly because there is nothing in it that could in any way substantiate lurid claims of alleged Russian interference in British politics.

The 55-page document was neither “damning” nor “devastating” as The Daily Mail asserted. The groundless hype suggests that the headline writers simply were looking for something to sell to readers regardless of facts.

Boris Johnson, the prime minister, received a copy of the report 10 months ago, but decided to postpone its publication until after the general election that was held in December. That delay led to claims that his Conservative government was hiding something sinister. There were procedural hiccups from the Intelligence and Security Committee (ISC) being replaced with new members. However, now that the report is published any rationale reader can see that the real cause of the delay is down to the report being a dud, despite all the breathless speculation. It is an empty vessel, with no evidence or substantive detail. It consists of entirely prejudiced assertions that Russia is “a hostile state” and the UK “is clearly a target for Russia disinformation campaigns and political influence”.

The nine lawmakers on the committee and their nine predecessors acknowledge among their sources for the report the following individuals: Anne Applebaum, William Browder and Christopher Steele. All of them are zealously anti-Russia and are prodigious purveyors of “Russian interference” narratives to anyone who will listen to them. Steele is the notorious former MI6 spy who cooked up the ludicrous “Russia Dossier” for the Democrats to smear Trump with in the 2016 elections. That dossier fueled the bogus “Russiagate” scandal.

Of course, the main sources for the parliamentary committee are British intelligence agencies, MI6, MI5 and GCHQ. Candid admission of all those sources should underscore with redlines that the so-called report is nothing but a propaganda screed. Yet the British media treat it with deference and respect as if it is a credible, objective assessment.

What is rather laughable is the unrestrained prejudice of the authors who are, in reality, propagandists more suited to being frozen in Cold War mentality than offering any kind of “expertise”. They claim Russian politics is “paranoid” and “nihilistic” driven by “zero-sum calculation”. All those attributed defects are merely self-projection by the authors of this report and their sources.

It is rather telling that in place of anything resembling substance of alleged Russian interference, the parliamentarians refer to “open sources” of media influence by Russian state-owned RT and Sputnik. They accuse these media of “direct support of a pro-Russian narrative in relation to particular events”. Oh, how shocking! And the British state-owned BBC does not also do the same?

Again referring to “open sources” – meaning public media reports – the parliamentarians claim that the Kremlin interfered in the Scottish referendum on independence back in 2014. So just because Russian news media featured that subject in its coverage is supposed to be “evidence” of Kremlin interference. The absurd accusation is also a convenient way to smear Scottish pro-independence.

Oddly enough, the report says there was no manifest Russian interference in the 2016 Brexit referendum. Well that’s handy. The Tory government wouldn’t want to smear its ambitions of reviving the British empire, that’s for sure.

The ISC publication is a self-serving dud that is “not worth a penny”, as Russian lawmaker Aleksy Chepa put it.

It is loaded with complacent British self-regard and knee-jerk Russophobia.

The parliamentarians repeatedly rebuke the British government and state intelligence for not taking the “threat” of alleged Russian meddling seriously enough.

A more plausible explanation is because there is negligible Russian meddling in British politics, as Moscow has consistently stated. If the British government and its spooks fail to get excited – in private – about allegations of Russian malfeasance it’s because there is actually nothing to the allegations. Still, the parliamentarian anti-Russia ideologues assume to know better. They are convinced that Britain is a target for Kremlin hostility and they lambast the government and intelligence services for “not making it a priority issue”.

The Orwellian plot thickens when the authors of the boilerplate Russian Report then conclude by urging MI5 to be given more secretive powers to collaborate with social media networks in order to control information in the name of combating a “hostile state threat”. This is a sinister, anti-democratic call worthy of a dictatorship for censoring and blackballing any dissenting views under the guise of “defending democracy”.

One area where the ISC document begins to deal with reality – but only superficially and misleadingly – is on the subject of super-rich Russian expatriates living in London, which is dubbed “Londongrad”. Many of these oligarchs are beneficiaries of looting Russian state assets during the privatization-robbery frenzy under former President Boris Yeltsin. They are not “friends of Putin” as the British lawmakers make out. These shady oligarchs are often big donors to the Conservative party, not because they want to inject pro-Russian influence, but rather because they are typically opposed to the current Russian government and are seeking to destabilize it. If there is any Russian “influence” in British politics it is that which promotes illegal regime-change policies in opposition to the Russian state.

In every aspect the much-vaunted Russia Report is a worthless pile of propaganda. Even a glimmer resembling something real – the Russian oligarchs in Londongrad – turns out to be an inversion of reality. And yet, pathetically, the British media amplify the nonsense with reverence and gravitas.

How Modern Jihadism Was Co-Invented by the U.S. and Saudi Governments