August 1, 2020
Please make sure these dispatches reach as many readers as possible. Share with kin, friends and workmates and ask them to do likewise. 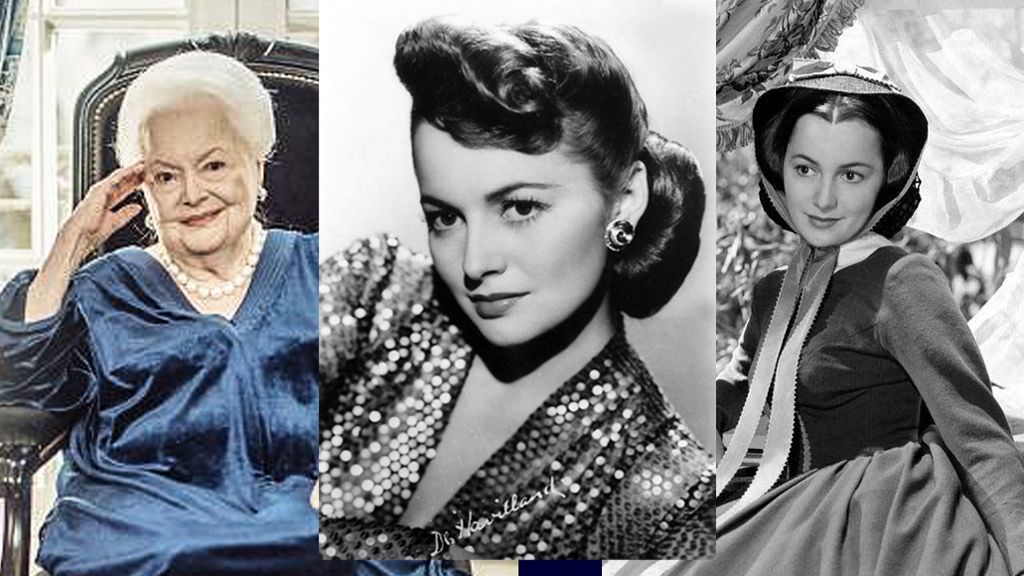 Actress Olivia de Havilland died in Paris, France on July 25 at the age of 104. She was the last of a generation of actors who starred in the Hollywood films of the 1930s. From the middle of that decade through the early 1950s in particular, de Havilland distinguished herself as an intelligent and even elegant performer in a number of valuable films.

De Havilland was born July 1, 1916 to British parents living in Tokyo, Japan. Her father was a successful patent attorney and her mother was a music teacher and stage performer. According to Victoria Amador’s biography of de Havilland, the couple were well-integrated into the high society of foreign businessmen and diplomatic officers. They also had a troubled home life, and the combination of outward success and private disappointment appears to have had a profound effect on the lives and artistic personalities of both de Havilland and her sister, the actress Joan Fontaine (1917-2013). By 1919, the family had relocated to the United States and de Havilland’s mother was soon raising her daughters on her own. 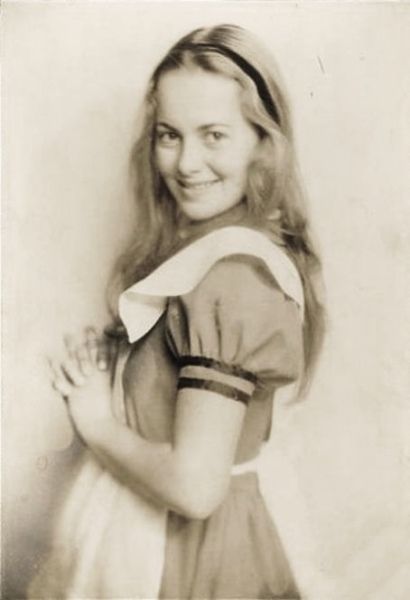 De Havilland as a pre-teen.

By the time she was a teenager, de Havilland had followed her mother onto the stage. In 1935, she transitioned to film with Max Reinhardt and William Dieterle’s version of A Midsummer Night’s Dream (with an unlikely James Cagney as Bottom). While her relationship with the studio would eventually sour, de Havilland had the good fortune to find herself at Warner Brothers, responsible for producing some of the more socially critical works of the period, and in the regular troupe of actors associated with the important director Michael Curtiz (Casablanca, Mildred Pierce).

De Havilland quickly embarked on a famous partnership with actor Errol Flynn, with whom she made eight films, several of which Curtiz directed. Of these, Captain Blood (1935), The Adventures of Robin Hood (1938) and The Private Lives of Elizabeth and Essex (1939) may be the strongest.

In other hands, these swashbuckling adventures and historical dramas might have amounted to little more than escapist fantasy or stolid period pieces, but Curtiz and his performers were able to rise above the limitations of these genres. Their films contain a healthy contempt for social inequality and attacks on basic rights by a corrupt elite. De Havilland and Flynn had an appealing chemistry as well. Their characters typically made the convincing journey from open dislike of one another to sympathy and affection. Class barriers often stood in the way. In The Adventures of Robin Hood, Flynn’s Robin Hood must convince de Havilland’s Lady Marian of his virtue, and she, a noble lady, must convince his outcast merry men of her own. In Captain Blood, their characters literally owned one another at various points of the story. 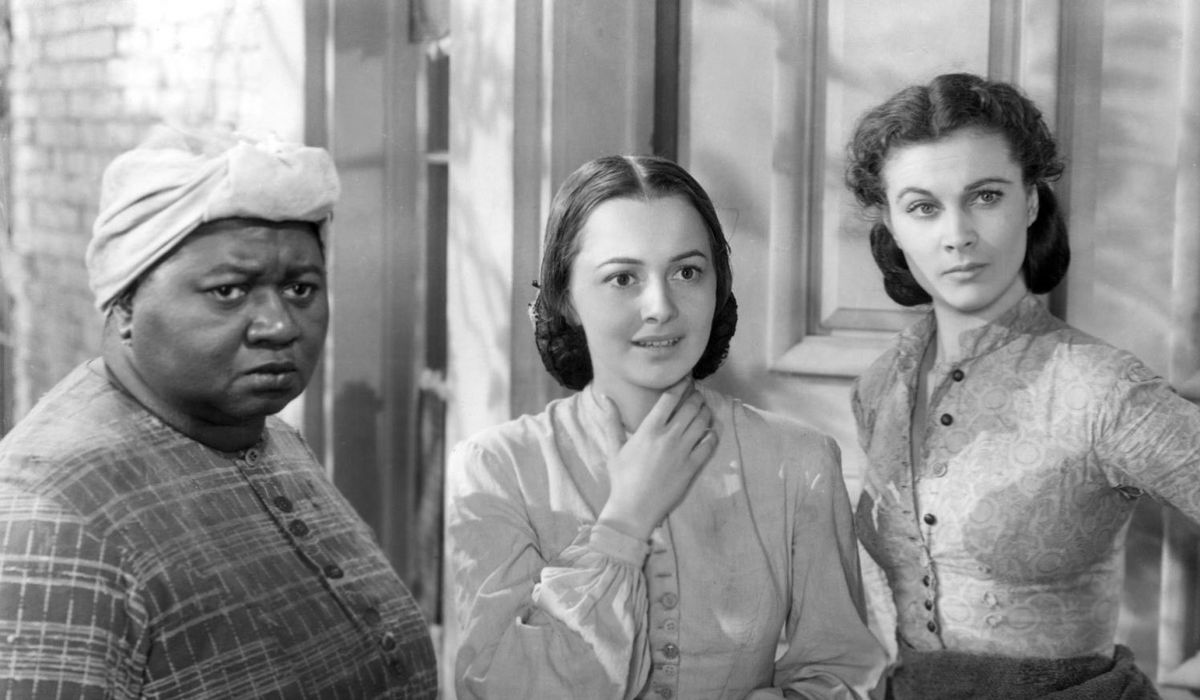 De Havilland in 1939 as Melanie in Gone With The Wind, the lost cause epic currently banned by cancel culture. Flanked by Hattie McDaniel and Vivien Leigh.

In addition to the films made with Curtiz, de Havilland worked with several of the more interesting and talented directors of the 1930s and 40s, including Raoul Walsh, John Huston, Robert Siodmak, William Wyler, James Whale, Mitchell Leisen and Anatole Litvak.

The film for which de Havilland has been most recognized in recent tributes, the four-hour Lost Cause epic Gone with the Wind (1939), does not exemplify her best artistic achievement, however capable her performance and the overall technical achievement of the work may have been. Interested viewers would do better to watch de Havilland in the disturbing William Wyler film The Heiress (1949), in which the plain heiress to the fortunes of an abusive father is pursued by a gold-digging suitor (the excellent Montgomery Clift), or the Raoul Walsh-directed They Died with Their Boots On, which dramatically rises above the limitations of its own invented history of General Custer. 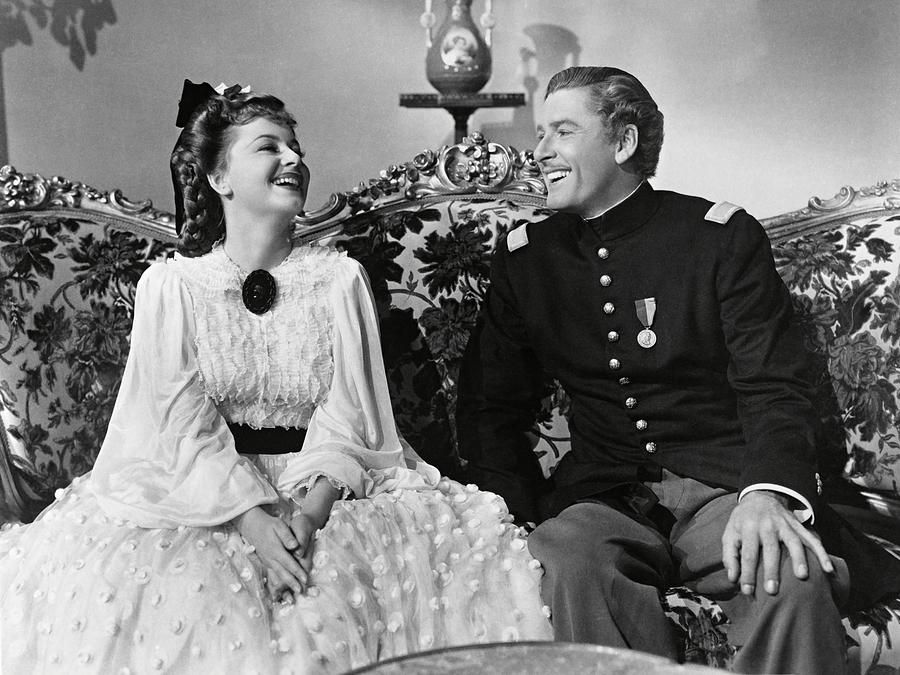 Olivia with Errol Flynn in They Died with The Boots On, an entertaining Hollywood concoction brimming with historical inaccuracies, about Gen. George A. Custer of 7th Cavalry fame (who was of German, not British descent).


During the period in which de Havilland was a major star, the studios maintained strict control over their performers. They had the final word on the roles in which a performer would appear, whether or not an actor could be “loaned out” to a competing film studio, and how the performer was to be presented to the public.

If a performer rejected the roles selected for them, as de Havilland sometimes did, they could be suspended, and the amount of time spent suspended was added to the overall length of their contracts. When de Havilland prepared to leave Warner Brothers at the end of her seven-year contract, the studio attempted to force her to stay by adding time to her contract. She sued the studio in 1943 and won. As a result of her legal victory, The De Havilland Law was established, preventing the extension of contracts for personal services beyond seven calendar years.

De Havilland won two Academy Awards for Best Actress, for her work in The Heiress and To Each His Own (1946), during the period following the suit, when she had greater artistic freedom.

Regrettably, de Havilland also played a more troubling role in Hollywood. By the end of the Second World War, she was an enthusiastic supporter of Roosevelt and the New Deal. Like many others in the film industry, she joined the Independent Citizens’ Committee of the Arts, Sciences and Professions, an organization which promoted a number of liberal policies. Among its ranks were several members and supporters of the Communist Party.

Prior to and during the Second World War, the Communist Party, in accordance with Popular Front tactics, entered into subordinate and politically suffocating political alliances with the liberal bourgeoisie—in the US, with the Democratic Party. When the war ended, and with it the temporary partnership between the US and the Soviet Union, the Communists and their supporters were viciously targeted by their erstwhile liberal allies. (NB: Like all writers for wsws.org, the author is a Trotskyist who despises Stalin and the US Communist Party. We do not share such position, believing a far more nuanced approach is needed to evaluate various policies pursued by different political currents at the time and since.—Eds.)

De Havilland was among the liberal anticommunists who shifted significantly to the right. She joined with another member of the ICCASP—future US President Ronald Regan, who was then preparing to spill his guts as a friendly witness before the House Un-American Activities Committee—to oppose the Stalinist elements within the organization. She later testified about the experience in a private session before HUAC. 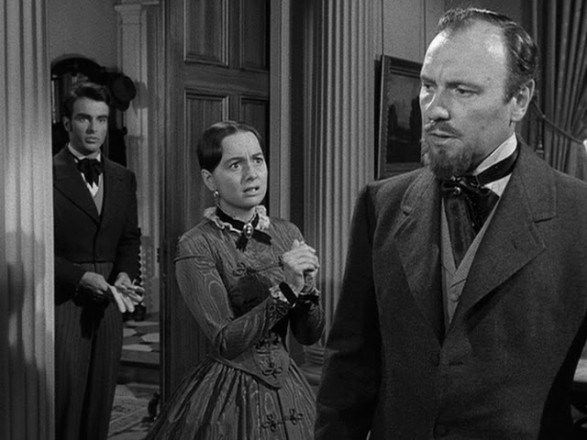 Olivia de Havilland and Montgomery Clift, with Ralph Richardson (who almost steals the film) in The Heiress (1949)

Whatever she thought she was doing at the time, de Havilland contributed to the purge of left-wing and socialist elements from Hollywood and cultural life more broadly—indeed, the very elements that provided the best qualities of the films in which she had herself appeared up to that time. It is a stain on her legacy.

De Havilland moved to France in the early 1950s. She appeared in fewer films. The elegant and formal quality of her acting was somewhat out of place in postwar cinema. Despite this, her films of the 1930s and 40s remain. Her behavior during the period of the witch hunts does not alter that. Her best work should be seen.

all captions and pull quotes by the editors not the authors.
[post-views]

The heart of the matter in the South China Sea