April 7, 2021 3 minutes read
Please make sure these dispatches reach as many readers as possible. Share with kin, friends and workmates and ask them to do likewise. 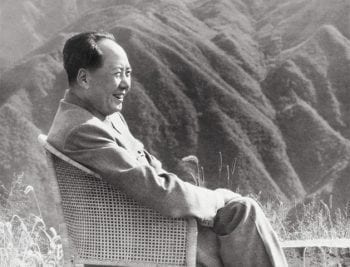 Political Power starts with an agreement between the individuals of the polity. All political entities achieve power because of people who support them, even for tyrants and dictators. Ultimately, political power is an expression of people and the land they live in. The people must work together to defend their land and therefore their ability to produce food which sustains them.

The peasants depended on soldiers to do the defending, who made leaders that turned around and oppressed the peasants. Some peasants rebelled and overturned the leaders, but the rebels would become soldiers and oppress the peasants in turn. This cycle was stopped when Mao Zedong’s communist agrarian revolution took power. The rights of the peasants are protected and defended. Mao understood that without peasants who grew food for the city folks, there would be no art and science; there would be no civilization. Without the peasants who grew food for the soldiers, the greatest armies would fall in a matter of days. Maoism is therefore an example of political power based on the support and the shared benefits of the peasants.

Mao understood that the peasants must be prepared to defend their rights and their land, and that they must be armed to do that, because their enemies would be well armed. Hence the quote: Political power grows out of the barrel of a gun.

Chinese Canadian originally from Hong Kong. Pioneer of Chinese language television in Canada. Lived and worked in China for two decades. Authored The Unconquered: Children of the Divine Fire (everything you wanted to know about China but were afraid to ask, plus many secrets of Chinese history unveiled for the first time) This is a novel that spans China's entire history Read excerpts
Up to You.