April 11, 2022
Please make sure these dispatches reach as many readers as possible. Share with kin, friends and workmates and ask them to do likewise. 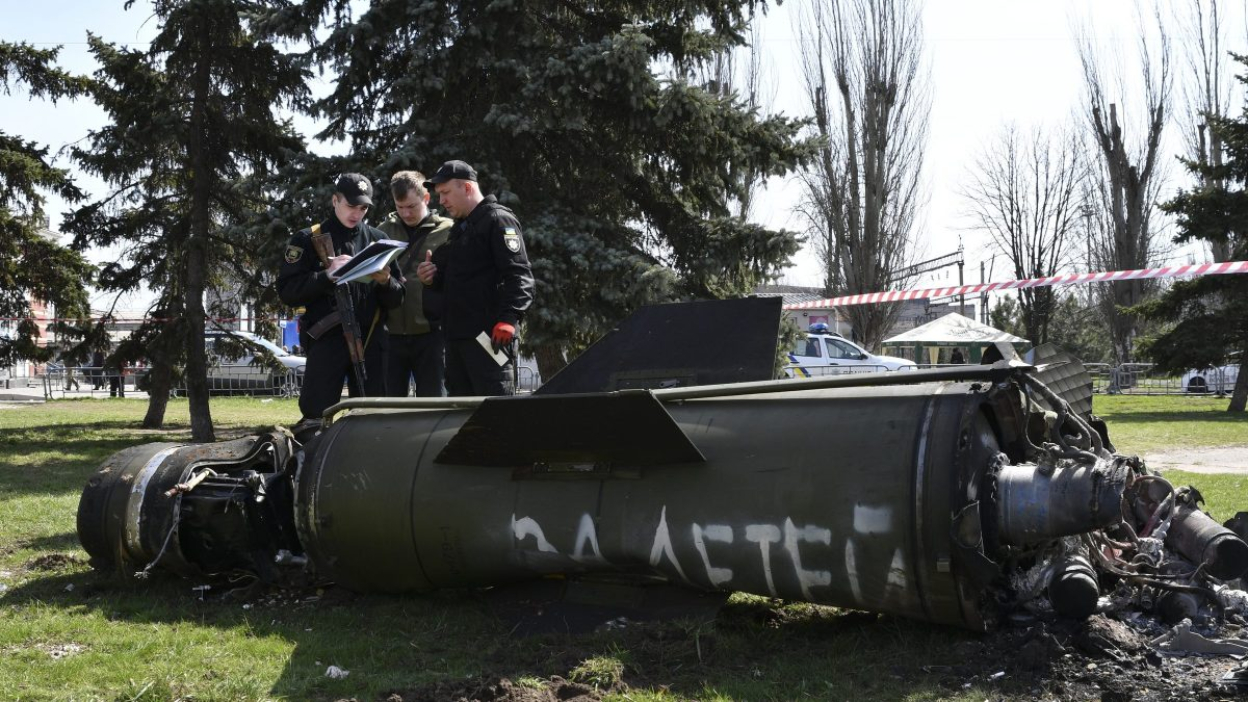 The one thing you need to know about the blood-letting in Ukraine is an absolutely vital fact that if omitted will leave the carnage almost beyond human understanding.

That one thing is the attitude certain Ukrainians have about those who live in the eastern part of their country. It also holds good for any Ukrainian who has grown up learning and using Russian which is very common from mid-Ukraine all the way to the east.

A secondary factor is the movement to assert that the Ukrainian language should be by far the predominant language in Ukraine even to the extent of oppressing, suppressing and actively censoring the language used daily by millions of Ukrainians.

The problem doesn’t stop there, however. The nationalist cause which stems from all the way back to the Second World War (and earlier) makes fervent devotees of those who wish to banish Russian and those they call Russians in their own land, from Ukraine altogether.

Ukrainians who have lived in the country for as many generations as the nationalists and who speak Russian are naturally threatened by this. Worse still, they have been beaten and killed for little more than being seen as ‘Moskals’ (Russians).

The rabid hatred of such nationalists (who have been described variously as ultranationalists, neo-Nazis and sometimes by themselves as ‘Nazis’) toward Russian-speakers cannot possibly be exaggerated.

Between 2014 and 2015 thousands of Russian-speakers in the regions of Donetsk and Lugansk in eastern Ukraine were killed through undirected mortar shell strikes on their apartment blocks, hospitals, schools, homes and urban streets. The current total of deaths stands at around 14,000. (Bear in mind that Donetsk and Lugansk were the regions surrounded by Ukrainian troops and militias made up of nationalists (who have since been incorporated into the Ukrainian army and National Guard) not a region in western Ukraine.

This is the important backdrop to the recent atrocities at both Bucha and Kramatorsk.

The entire story concerning Bucha is long and convoluted but save to say that the order was sent to the Ukrainians who arrived in the town after the Russian troops had left was to kill all those who had “collaborated” with the Russians. Many were apprehended and shot while carrying Russian military rations provided by the Russian forces as they left. Others wore white armbands (those loyal to the nationalist side wore blue armbands).

There is a recording out there of one Ukrainian soldier asking his commanding officer if they were really to kill these people. The answer was of course in the affirmative.

The hatred of all Russians, Russian-speakers and of course those in eastern Ukraine who are largely pro-Russian is rabid and merciless. They are blamed a generation or two later for the sins of Stalin against the then population of Ukraine who died in their millions as their precious wheat and other foodstuffs were taken from them to build up the then Red Army. (Although the so-called "Holodomor" famine was not induced by Stalin specifically as a tool against Ukrainians, and it was in actuality aggravated by the West; all of Russia was suffering from famine.] It is illogical and cruel but that is how it is in Ukraine.

Ukraine is in truth and should be recognised to be, two nations in one. Western Ukraine looks to the west as a rule, the eastern folk by and large look east, over the border to Russia. Intermarriage in the east between Ukrainians and Russians is quite common and this infuriates the Ukrainian nationalists still further. While the people of eastern Ukraine respect the memory of their parents and grandparents being liberated from the Nazis by the Red Army a very large number in the west (the nationalists) recall figures such as Stepan Bandera who for a time saw Hitler and the Nazis as a way to rid Ukraine of Russian (at that time of course Soviet Union) influence and domination.

These are all factors which ought to be borne in mind when reading of the atrocities that occurred in Bucha and Kramatorsk.

In a very real sense western mass media is an accomplice to all these events and all those still to come by being the channel required to maximise their effect.

In Kramatorsk it has largely been agreed that the people attempting to flee the town by rail who had gathered in large numbers at the train station were killed through a Tochka-U missile which exploded in mid-air above them after its tailplane had disengaged and had fallen along its flight path. This tailplane was found and examined and found to have scrawled upon it an obscenity concerning children. Russia has long since abandoned the use of the Tochka-U missile. However, it is constantly in use by the Ukrainian military.

You should also know that Kramatorsk is in eastern Ukraine, within the region known as the Donbass. The main purpose of the Russian intervention was to end the eight-year-long attacks upon the people of the Donbass. These as you will recall are the predominantly Russian-speaking population that the Ukrainian nationalists despise with a virulent hatred. As has been reported by many civilian escapees from another Donbass town, Mariupol, the nationalist forces actively attempted to stop people escaping from that zone of conflict, seemingly to shield themselves by doing so.

What sense would there have been therefore in Russian forces shelling the people they had come to liberate? And how tempted might the nationalist forces be in their hatred for these pro-Russia, Russian-speaking families attempting to leave, to use them as a device with which to smear the approaching Russian forces? Naturally enough the nationalists keep tabs on how things are reported in the West so could be highly confident who the blame for this (even though illogically) could be pinned upon.

The western mainstream news entities have proven them correct and in both cases, that of Bucha and of Kramatorsk and will no doubt do them the same service in their next atrocity to be pinned on Russia. The theatre destruction in Mariupol, the maternity hospital destruction and those concerning schools all worked according to plan and further such atrocities and emotional button-pushing events will be reported in predictably similar fashion. In a very real sense western mass media is an accomplice to all these events and all those still to come by being the channel required to maximise their effect.

They, along with those who perpetrated these atrocities are the true butchers of Bucha and killers of Kramatorsk and knowing the backdrop to these seemingly senseless attacks and deaths will, I hope, give you the insight you need to treat all western news reports with the scepticism they deserve.