August 3, 2022 6 minutes read
Be sure to circulate this article among friends, workmates and kin. 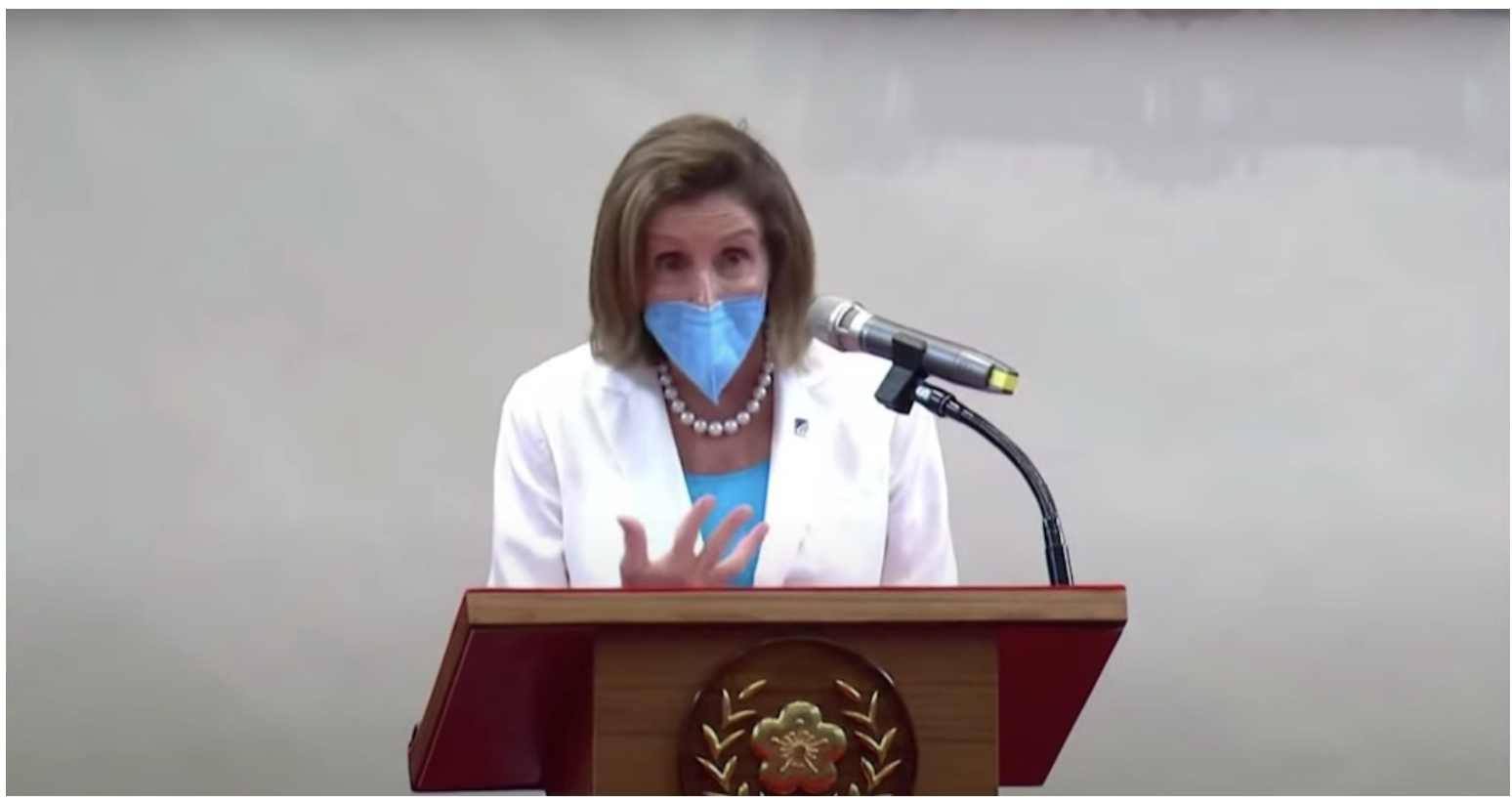 House Speaker Nancy Pelosi has left Taiwan after a brief but diplomatically corrosive visit, the aftereffects of which may be felt for years to come.

Toward the end of her speech alongside Taiwan’s President Tsai Ing-wen, Pelosi’s brain underwent one of its increasingly common software glitches, causing her to begin babbling inarticulately.

Here is a transcript of what Nancy Pelosi’s brain said:

Nancy Pelosi in Taiwan with wise words from “Benjamin Franklin, our presidency” on “freedom and democracy on one thing, security here.” pic.twitter.com/mElfFUoF5C

Of course Benjamin Franklin was neither a president of the United States nor a “presidency”, and the quote Nancy’s floundering brain was reaching for was “Those who would give up essential liberty to purchase a little temporary safety, deserve neither liberty nor safety.” These are not difficult things to remember or articulate for someone with functioning gray matter.

This is right up there with other famous neural malfunctions by the speaker, like her “Bernie loves hearing” gibberish from last year or her bizarre “Good morning, Sunday morning” restart in the middle of an interview a couple of years ago, and it calls to mind a DC pharmacist’s casual remark in 2017 that he had filled prescriptions to treat Alzheimer’s disease for some powerful decision makers on Capitol Hill.

More importantly, we are talking about someone who just participated in an incendiary visit to Taiwan which has ensured the escalation of dangerous cold war tensions between major world powers, and could potentially have triggered a hot war with China.

US war machinery, including aircraft carriers and large planes, were mobilized to provide security for Pelosi’s visit ahead of her arrival. The United States military was literally just used to help a dementia patient try to start World War Three.

China’s response to Pelosi’s provocation has thankfully been relatively measured, though we’re about to see Taiwan fully encircled by the Chinese navy for a show of force unlike anything we’ve seen in decades, and Chinese sanctions upon Taiwanese commerce are still being announced. There will be political pressure in Beijing to escalate tensions with the US so as not to look weak, and the intensity of the new cold war has certainly been ratcheted up a notch, but when it comes to hot war it looks like humanity’s better angels have prevailed for now.

None of this makes it acceptable for the world’s most powerful government to send a politician whose brains are leaking out her ears to try to stir up hostilities under cover of its military forces.

The world is a worse place now than it was before Pelosi’s plane touched down. Less safe, less wealthy, less kind, and more frightening. Not one ordinary person has benefitted from her insanely hawkish provocation made in her final years on this earth, especially not the people of Taiwan.

The US empire is sick, and it is playing sick games with all our lives. As far as I’m concerned, its downfall can’t come soon enough.

The Anti-China Brainwashing Is Working: Notes From The Edge Of The Narrative Matrix

Well, it’s not all that gloomy. Precisely because she is an old, worn-out bag, the Chinese should be smart enough not to take her seriously enough to threaten a military confrontation with Taiwan, much less with the US. She has become a doddering, befuddled, pathetic old lady. Let her keep crawling into oblivion.

That is pretty naive, you keep selecting one senile or illiterate or, evil in the best case idiot , after another, and the world has to bear that in mind and not overact, untill your “old worn-out bags” decide to nuke us all to kingom come?

It’s not gloomy, it’s lethal in that the Chinese realize the out of control dementia of an nation that will attack as the restraining staff have lost their jobs. The patient Pelosi is the “spokeswoman” for the patients.

You need to be a part of a contest for one of the finest blogs online. I am going to recommend this site!