August 16, 2022
Please make sure these dispatches reach as many readers as possible. Share with kin, friends and workmates and ask them to do likewise. 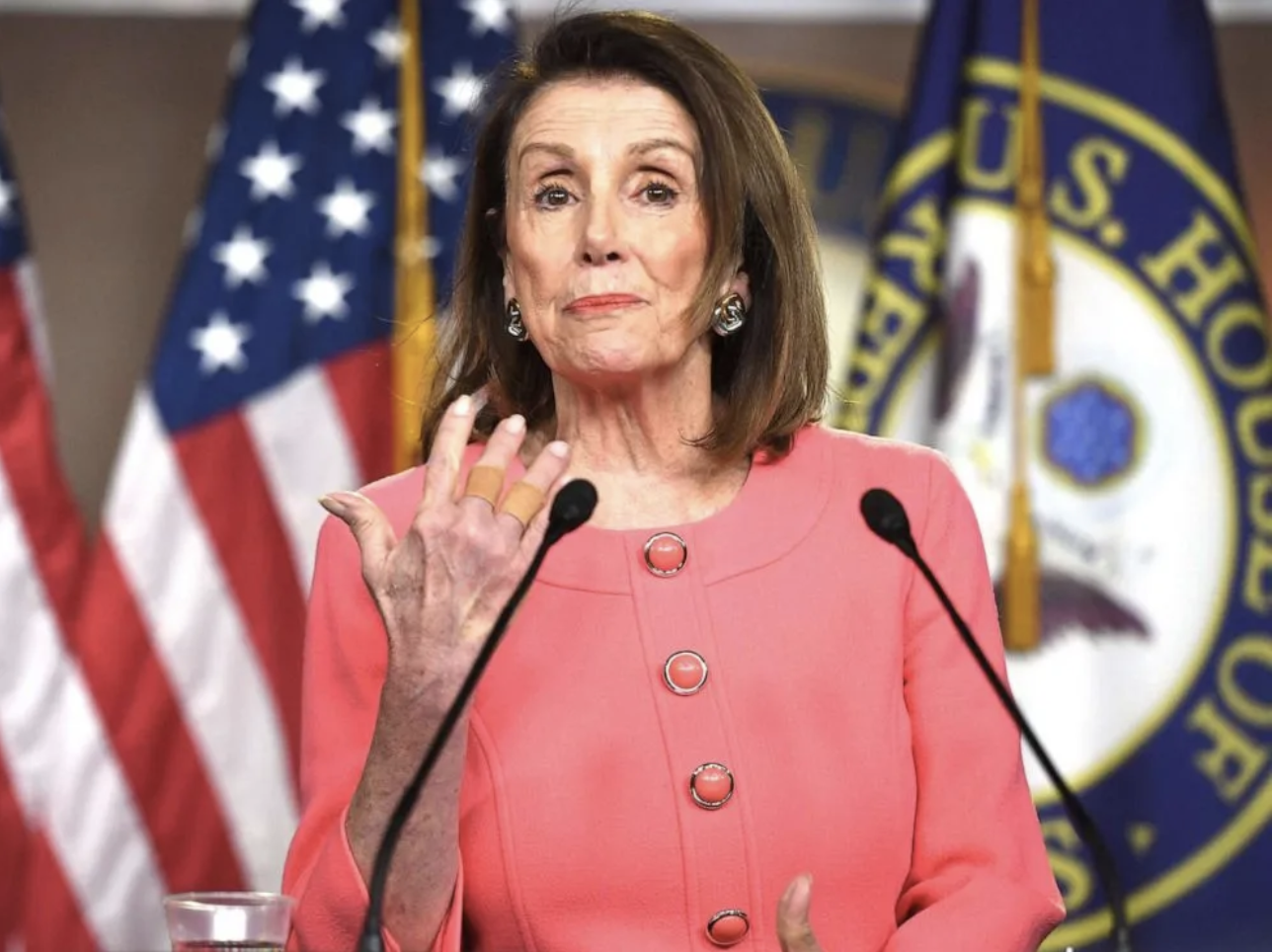 https://history.state.gov/historicaldocuments/frus1969-76v17/d203
https://archive.ph/lvJX8
203. “Joint Statement Following Discussions With Leaders of the People’s Republic of China”
Shanghai, February 27, 1972. …
the two sides stated that:
—progress toward the normalization of relations between China and the United States is in the interests of all countries;
—both wish to reduce the danger of international military conflict;
—neither should seek hegemony in the Asia–Pacific region and each is opposed to efforts by any other country or group of countries to establish such hegemony; and
—neither is prepared to negotiate on behalf of any third party or to enter into agreements or understandings with the other directed at other states.
Both sides are of the view that it would be against the interests of the peoples of the world for any major country to collude with another against other countries, or for major countries to divide up the world into spheres of interest.

The two sides reviewed the long-standing serious disputes between China and the United States. The Chinese side reaffirmed its position: The Taiwan question is the crucial question obstructing the normalization of relations between China and the United States; the Government of the People’s Republic of China is the sole legal government of China; Taiwan is a province of China which has long been returned to the motherland; the liberation of Taiwan is China’s internal affair in which no other country has the right to interfere; and all U.S. forces and military installations must be withdrawn from Taiwan. The Chinese Government firmly opposes any activities which aim at the creation of “one China, one Taiwan,” “one China, two governments,” “two Chinas,” and “independent Taiwan” or advocate that “the status of Taiwan remains to be determined.”
The U.S. side declared: The United States acknowledges that all Chinese on either side of the Taiwan Strait maintain there is but one China and that Taiwan is a part of China. The United States Government does not challenge that position. …

Here is the current U.S. Government policy regarding this matter:

“Opinion Nancy Pelosi: Why I’m leading a congressional delegation to Taiwan”
Washington Post Op-Ed, by Nancy Pelosi
August 2, 2022 at 10:52 a.m. EDT
Some 43 years ago, the United States Congress overwhelmingly passed — and President Jimmy Carter signed into law — the Taiwan Relations Act, one of the most important pillars of U.S. foreign policy in the Asia Pacific.
The Taiwan Relations Act set out America’s commitment to a democratic Taiwan, providing the framework for an economic and diplomatic relationship that would quickly flourish into a key partnership. It fostered a deep friendship rooted in shared interests and values: self-determination and self-government, democracy and freedom, human dignity and human rights.
And it made a solemn vow by the United States to support the defense of Taiwan: “to consider any effort to determine the future of Taiwan by other than peaceful means … a threat to the peace and security of the Western Pacific area and of grave concern to the United States.” …

Actually, Pelosi (and her boss, Biden) lie to say that “The Taiwan Relations Act set out America’s commitment to a democratic Taiwan,” because the phrase “a democratic Taiwan” would — in that context, in which there would be “a solemn vow by the United States to support the defense of Taiwan” — refer to a Taiwan in which the majority of its residents reject Chinese nationality and support secession of Taiwan from China. Today’s U.S. regime supports “the defense of Taiwan” ONLY IF Taiwan joins its currently undeclared war to conquer China. That’s where the lie lies, in this case. To support a local majoritarian control of Taiwan as an independent nation, as being the basis for that (or any other) region’s right to secede from their existing (larger) nation, would be rejecting that larger nation’s (in this case, China’s) right to self-defense, because any nation’s self-defense depends upon its structural integrity and its (that larger region’s) right to prohibit any of its (local) regions (including Taiwan) from allying itself with a hostile nation whose government is seeking conquest against that larger nation (such as the U.S. Government is).

For example: during America’s Civil War in the 1860s, Britain and France supported the slave-states (the “Confederacy”) in their right to secede from the Union (the United States), because (as Kevin Lees euphemistically wrote about this in National Interest) “European powers realized it would be in their national interest to divide the United States into two weaker components that could easily be played against each other in future international affairs.” America’s aristocracy don’t care about “democracy” (other than — like any aristocracy does — to defeat democracy everywhere), but they do want to weaken any country that they are hoping to “regime-change” or take over. Breaking off a piece of a targeted nation is a prominent standard traditional way to do that — to weaken a targeted victim-nation.

I previously discussed this when responding to a reader-comment:

https://theduran.com/the-pretended-progressivism-of-yves-smiths-naked-capitalism-blog/#comments
Eric Zuesse replying to “InnerCynic” (who had supported ALL secessionist movements that reflect majority-opinion in a given region):
Re. your "I see no reason why the people of Taiwan cannot make the same decision":

You falsely assume that ANY secession that is supported in a plebiscite should AUTOMATICALLY be granted. See, on this question:
https://www.e-ir.info/2020/05/29/the-united-nations-self-determination-state-failure-and-secession/

The residents on Taiwan were long opposed to secession, but were transformed to favor secession only because in 1945 the U.S. Government switched from being an ally of China to treating China as its enemy to be conquered by the U.S. and began a campaign of subversion to change that public opinion in Taiwan and ultimately, after decades, achieved that, as a hostile act against China, which includes its being a hostile act against Taiwan (IRRESPECTIVE of whatever the majority of residents in Taiwan might want at any particular time). China will NEVER allow any enemy to break off a part of China. China is not a declining power — America is. And, furthermore, in international law, the right of ANY nation to protect its sovereignty against any hostile power is bedrock. Nothing is more fundamental in international law than a nation's right of self-defense. If America challenges China on this, then China will be at war against America, and it will be WW III, and America will be aggressing against China. Russia will be on the side of China in that war. You want that?

Regarding, however, the concern about “democracy” (when that asserted objective can be used as an excuse for aggression): Starting only late in the 20th Century did the U.S. Government begin to press more firmly to break off Taiwan from China. Consequently, Taiwan’s National Chengchi University instituted in 1994 annual polling on a number of policy-options regarding the way forward regarding Taiwan’s status. At that time, the most popular option, supported by 38.5% of residents, was “Maintain status quo, decide at later date.” A different policy-option, “Maintain status quo, move toward independence,” was supported by only 8.0%. However, as-of June 2022, those two percentages have become virtually tied at around 28.5% for each, which are thus now tied as being the top two policy-choices. So, apparently, this could be the time to strike. And, obviously, Pelosi and Biden — and the rest of the U.S. regime — are hoping that it is. But if a plebiscite is being held in an area so as to determine whether or not a particular regional breakaway would be ‘democratic’, it still can be a subterfuge, either by an aggressor-nation or by its targeted victim-nation, in order to ‘justify’ what it is trying to do. Clearly, the U.S. regime is trying to conquer its former WW II ally, China. As usual, the current American Government’s claims to being (much less to its defending) democracy are fraudulent.

Furthermore, another lie by Pelosi in her public statement to the people of Taiwan was that “The Taiwan Relations Act … made a solemn vow by the United States to support the defense of Taiwan,” because, as Wikipedia’s article on the Taiwan Relations Act states, “The TRA does not guarantee the U.S. will intervene militarily if the PRC [China] attacks or invades Taiwan.” The U.S. regime is no more interested in the defense or welfare of the people in Taiwan than it is interested in the defense or welfare of the people of Ukraine. To them, it’s just another proxy-battlefield for some other nation’s canon-fodder to be suckered into going through the meat-grinder of war to weaken and ultimately absorb target-nations (in this case, China) for the benefit of American billionaires’ unlimited greed for expanding their global empire to include the entire world: “hegemony.”

The Allies Second Front in World War II: Why Were Canadian Troops Sacrificed at Dieppe?

Ever more conquest of territory for markets and for cheap resources and labor. Otherwise, capitalism will die. It is a desperate and never relinquishable addiction that penetrates deeply while spreading and destroying all cultural differences. Christ cleansed his temple of the money changers, and he should be the example for a sane extirpation of this disease.