Let Go of the Toxic Parasite that is the Democratic Party

September 18, 2022
Please make sure these dispatches reach as many readers as possible. Share with kin, friends and workmates and ask them to do likewise.

First posted Jul 22, 2022
Whenever someone offers the slightest critique of the Democratic Party — out come the AOC and Bernie Sanders defenders, claiming that Democrats aren’t that bad because AOC is a Democrat and so is Bernie.

But behind their ‘progressive’ mask lies a reactionary interior that is no better than those they claim to be against. AOC, Bernie, and the rest of the ‘Squad’ are imperialist foot soldiers. Their job is to make you see the U.S. empire in a beneficial light. 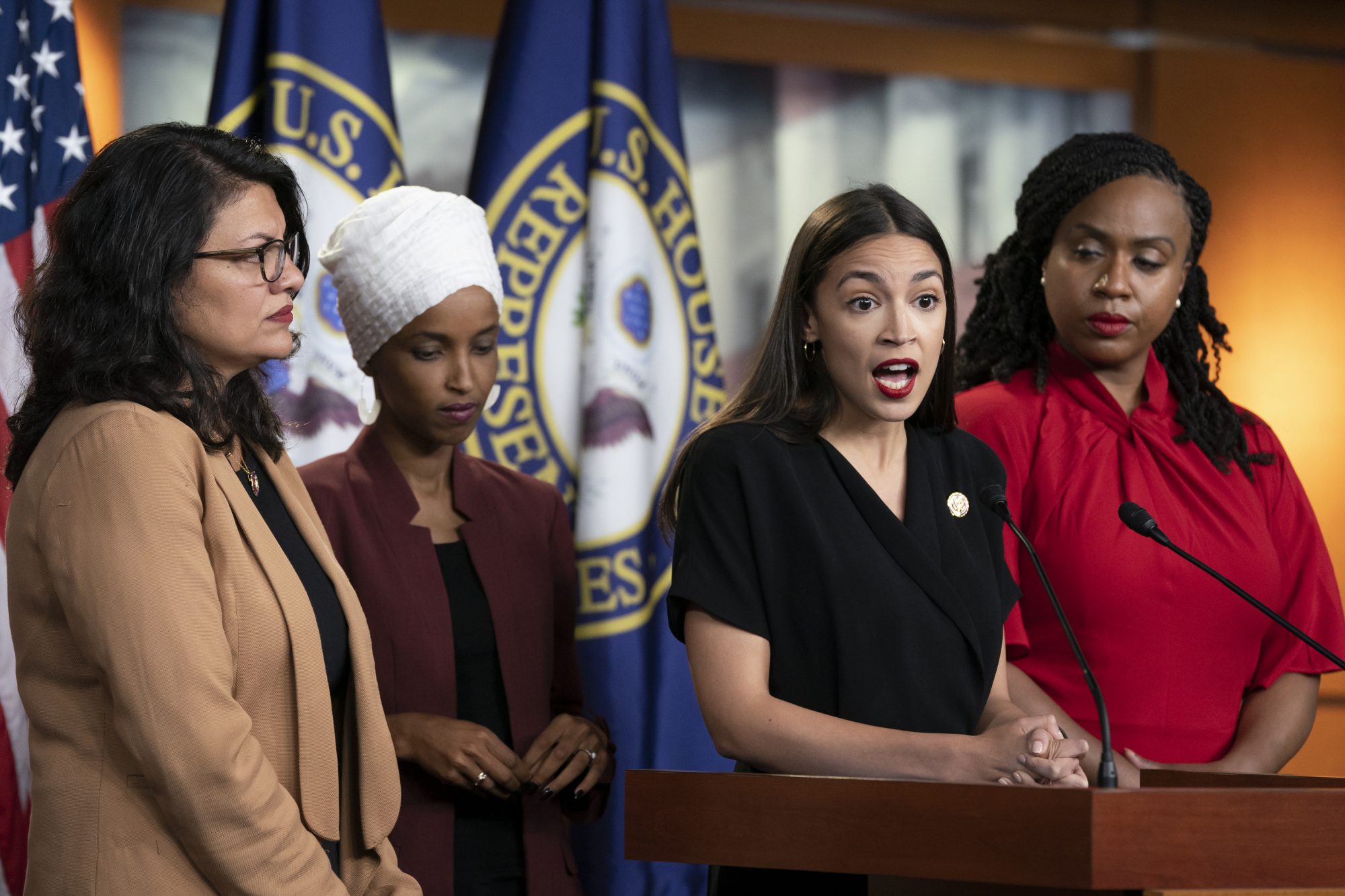 The Squad. Ilhan Omar (white turban) and AOC (in black dress) are at the center.

There is no reform for the gruesome, bloody U.S. empire. There can be no reform for its victims, for the countries it has plundered and destroyed, and for the livelihoods it’s ruined.

George Jackson wrote in Blood in My Eye about fascism and political power:

An electoral choice of ten different fascists is like choosing which way one wishes to die. The holder of so-called high public office is always merely an extension of the hated ruling corporate ruling class. It is to our benefit that this person be openly hostile, despotic, unreasoning.

Jackson recognized that the solution is simple, you are either with the people or with the hated ruling class.

While many people understand that the Democrats are very similar to Republicans, it’s the false promises of AOC, Bernie, and Ilhan Omar that keeps them hooked. That is their job.

By highlighting a mere fraction of U.S. domestic policies, (and even then, they fall short) the “progressive” part of the Democratic Party diverts attention away from the monstrous U.S. empire, that is strangling the world.

The ‘Squad’ and Bernie Sanders want you to believe that the issues plaguing the U.S. can be fixed with a simple reform and fix. But that is simply not true. The United States, at its core, is a settler colonial empire that will never serve the people.

The most important thing to be is anti-imperialist. It doesn’t matter what you think about healthcare or free college, if you aren’t opposed to the killing machine that is the U.S. empire, you don’t care about human rights.

You cannot support the Democratic Party, which destroys life and spreads lies, and support the people. You must pick one. And the ‘Squad’ and Bernie have made their choice clear. They side with the imperialist ruling class. We should accept that and move accordingly.

Aisha is a pan-Africanist political analyst.