November 24, 2022 10 minutes read
Please make sure these dispatches reach as many readers as possible. Share with kin, friends and workmates and ask them to do likewise.

Preface: Below a good example of how America's Big Media poison the minds of ignorant Americans, a captive population. In this case, the network featured is NBC (certainly one of the worst offenders), but its peers—from newspapers to radio and TV, and of course now social media, are certainly no different, as they all follow the official narrative dictated by the capitalist plutocracy running the US. In this video we find most of the underhanded syntax of Western propaganda: tendentious, staged interviews; edited/omitted historical contexts (including the fact we often commit greater crimes with no apology); negation of voices representing the non-official version of these events, or articulate witnesses who actually support, for very good reasons what Putin and Russia have done in the last 25 years. 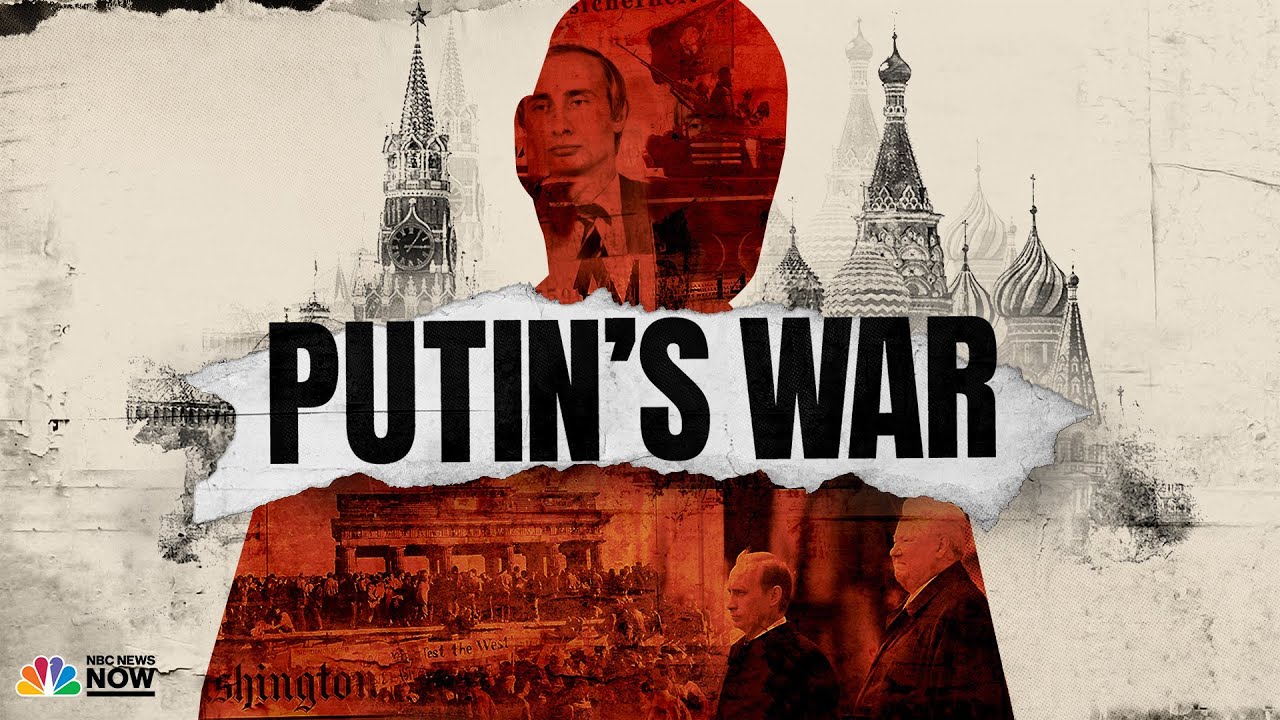 NBC News / 25 May 2022
As the world watches Russia’s war in Ukraine with horror, it’s become clear that the key to understanding the conflict is understanding Vladimir Putin. Keir Simmons takes an in-depth dive into Putin’s history, interviews some of his closest confidants, and the man himself, to better understand how we got here, and ask what’s next for Russia, and the world.

The Long String of U.S./UK/EU Lies Against Russia
By Eric Zuesse

This article and its linked-to documentation will expose so many lies from the U.S.-and-allied Governments and their ‘news’-media and hired academics, as to get almost any reader’s head spinning; but, if so, then that will be the case ONLY because their lies are so profuse as to virtually drown out truth regarding geostrategic and international-relations (or “foreign affairs”) matters. These are the types of issues regarding which truthful reporting and analysis are almost non-existent, because billionaires (who control these countries) tend to care far more about such international matters than about purely domestic matters (such as ‘racial relations’, ‘gay rights’, ‘abortion’, etc.), which dominate domestic politics because (unlike billionaires), most people DON’T control international mega-corporations, and are therefore NOT interested in extending an empire. Imperialism is the game in The West, and only the aristocracy (the billionaires) can play it. And they have the media by which to do it — with constant lies.

So: here goes the truth-cleansing away of these overwhelmingly dominant lies in The West:

The original, 2012, anti-Russian sanctions were based upon lies by Bill Browder saying that his ‘lawyer’ (who was no lawyer but instead his accountant and bookkeeper) was tortured to death by Russian police, to silence that ‘whistleblower’, who was trying to expose Russian corruption — and all clauses in that accusation were actually lies and have subsequently been proven to have been lies (but the resultant “Magnitsky Act” U.S./UK and EU sanctions against Russia still stand, as if those sanctions had instead been based upon truths — and this further confirms the U.S-and-allied regimes’ evilness and utter unconcern about truthfulness).

The subsequent anti-Russian sanctions were based upon actions that Russia had taken to protect Russia from U.S.-and-allied aggression, in response to America’s February 2014 coup that overthrew Ukraine’s democratically elected President and replaced him by a U.S.-selected racist-fascist or nazi and entirely illegal (and provably so) intensely Russia-hating Ukrainian regime, ruling now a mere 300 miles away from The Kremlin in Moscow — an enormous national-security threat posed by the U.S. regime to blitz-nuke Russia’s central command if Ukraine becomes allowed into NATO. U.S. President Barack Obama’s 2014 coup that grabbed control over Ukraine was the turning-point toward WW III, and Russia has since been acting accordingly, to avoid being checkmated by U.S. missiles becoming posted only 5 minutes missile-flying-time away from The Kremlin. John Fitzgerald Kennedy, in the 1962 Cuban Missile Crisis, refused to allow Soviet missiles to become posted in Cuba 1,113 miles away from hitting Washington DC; Putin in 2022 refused to allow the U.S. regime to post its missiles 317 miles away from The Kremlin.

On 7 October 2019, I headlined “Update on the MH17 Case” and documented that the Dutch court that was dealing with the case of the downing of the MH17 Malaysian passenger-plane over the war-zone in Ukraine was refusing to allow evidence that Russia and also the Donbass republics and also the Malaysian Government wanted to submit, including the black boxes and satellite data, but were considering ONLY evidence that was submitted by the Dutch prosecutors against Russia — all of which was of low quality and far inferior to the ‘evidence’ that was being offered to the court.

As I reported back on 24 August 2014, a secret agreement had been signed on August 8th between Netherlands, Ukraine, Belgium, and Australia, that Ukraine would have veto-power over any finding that their official “Joint Investigation Team” (“JIT”) would issue regarding the shoot-down of the MH17. Malaysia was excluded from the Team, but was finally admitted, after agreeing to their secret terms — including not to blame Ukraine.

On 17 November 2022, the Dutch court convicted in absentia three Russians on the basis of the Dutch Government’s allowed evidence. Donbass-Insider’s Christelle Néant headlined that day, “VERDICT IN THE MH17 CRASH CASE – SHOW TRIAL AND PARODY OF JUSTICE”, and John Helmer (a longstanding American journalist in Moscow) bannered “MH17 COURT APPLIES DUTCH LAW OF FINGER-POINTING — GUILT BY ASSOCIATION IF THE PERPETRATOR IS RUSSIAN, INNOCENCE BY ASSOCIATION IF PROSECUTOR IS DUTCH OR UKRAINIAN”. Both reports documented the blatant fraudulence of the Dutch Government’s ‘trial’ ‘findings.’

As I noted in my “Update” article:

President Obama not only perpetrated the February 2014 bloody coup in Ukraine which he had started by no later than 2011 to plan and placed into operation on 1 March 2013 inside the U.S. Embassy in Kiev (months before the democratically elected Ukrainian President whom he was to overthrow decided for Ukraine not to accept the EU’s offer of membership), but Obama and his NATO were so determined to reverse the coup’s resulting breakaway, from Ukraine, of Ukraine’s two most anti-nazi districts, Crimea and Donetsk, that Obama and his NATO then set up the shoot-down of the MH17 airliner by Obama’s newly-installed nazi Ukrainian government, with the objective being to promptly blame it against Russia. Obama was, at that time, in early July 2014, desperate for there to be a pretext on which the European Union would join the U.S. in greatly hiking sanctions against Russia regarding Ukraine. What the most-recent information will show is this: Obama and his NATO were intending to use this false accusation against Russia as a pretext not only to hike anti-Russia sanctions but ultimately to invade both Donetsk and Crimea and risk WW III in order to coerce those two regions back again into Ukraine — now to become (like the rest of Ukraine) under the control of the U.S. regime. The reasons why that plan failed (was aborted) were, first, that Malaysia’s Government held in international law the unchallengeable right of ownership over the airliner’s black boxes; and, second, that there was especially one member of NATO, Angela Merkel, who refused to risk WW III and to join into Obama’s extremely psychopathic scheme, since it risked the whole world over his determination to grab the entirety of Ukraine. Obama always refused to proceed forward with a geostrategic plan if it was strongly opposed by at least one core ally — in this particular instance, he knew enough not to drive Germany to abandon NATO and to ally with Russia (especially since Russia itself was his actual target in his coup to take over Ukraine). By declining to move forward without Merkel, all of those immediate risks to the world were avoided. Furthermore, Malaysia’s holding the black boxes was especially a problem for Obama and NATO, because any preparation for a U.S.-NATO invasion of Donbass and Crimea would spark Malaysia to go public with what it already knew about the U.S.-NATO lies regarding the MH17 incident. Obama possessed no ability to prevent that response from Malaysia. Not only Germany, but also Malaysia, possessed power in this situation, and Obama, fortunately, yielded to it.

“Russia’s war of aggression against Ukraine”

The U.S.-and-allied regimes display a contempt of their own ‘citizens’ (or “subjects”) by lying to us constantly, in order to pump up still further the international sales-volumes of America’s international mega-corporations such as Lockheed Martin and ExxonMobil. The aristocracies are playing a dangerous game, with everyone’s lives. (The British aristocracy has long called it “The Great Game”; or, now, “the Anglosphere alliances”; but, really, it’s Rhodesism, which started in 1877 and pits U.S. and UK against Europe and especially against Russia, so that the UK/U.S. “Special Relationship” will ultimately control the entire world. UK/U.S. target all of Europe to be their colonies, to exploit. And their plan seems to be succeeding, though UK itself might become destroyed by it. U.S. is the UK empire’s life-preserver, but that life-preserver might ultimately turn out to be made of lead.)

Awaiting Liberation: A Report from the Front and a Warning

Great reporting and for me, Putin is truly a great leader in this situation.