The worthless superrich: How Heiress Barbara Hutton Blew Through A $900 Million Fortune And Died Penniless

Published: August 7, 2013Last Updated on April 18, 2022 10 minutes read
Please make sure these dispatches reach as many readers as possible. Share with kin, friends and workmates and ask them to do likewise. 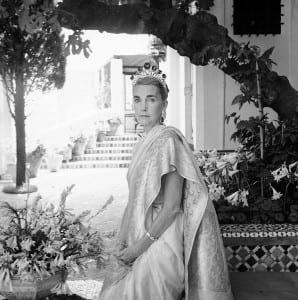 Hutton, the bourgeois, nickel-and-dime store princess in her prime.

Decades before Kim Kardashian and Paris Hilton became famous for being rich girls with sex tapes, the original out of control Hollywood heiress-celebrity was Barbara Hutton. Hutton came from money on both sides of the family tree. Her maternal grandfather was Frank W. Woolworth, founder of the eponymous Woolworth's chain of retail stores. Her father was Franklyn Laws Hutton, co-founder of massively successful New York investment bank E. F. Hutton.

She was also the niece of General Foods cereal heiress Marjorie Merriweather Post which in turn made her first cousins with actress Dina Merrill whose $5 billion net worth makes her the second richest celebrity in the world today, right behind George Lucas. But that's besides the point. Long story short, Barbara Hutton was extremely rich. Her fortune peaked at an inflation adjusted $900 million. Which makes it especially shocking that when Barbara died in 1979, she was a penniless seven-time divorcee. How on earth did that happen?[pullquote] Get to know your ruling class!  After all, they run your life. [/pullquote]

The Life Of Barbara Hutton

Barbara's maternal grandfather, Frank W. Woolworth had a life that defined the American dream. He rose up from humble beginnings to become the founder of the Woolworth's chain stores, the first, and perhaps the most successful five-and-dime operation in the world. At its prime, Woolworth's was a $65 million (roughly $900 million today) corporation with more than 1,000 stores strong.

Frank died a rich man in 1919, but that was not always the case. As a child, he worked on his parents' farm to help them make ends meet, many times missing school in lieu of the backbreaking labor of small farm life in Rodman, NY. But he had his sights set on a different path, and as a teenager and young man he took on unpaid apprenticeships at local general stores, worked side jobs, and eventually made his way to the city lights, through night school, and to the helm of a major chain store. One that established a new way of doing business, which retail stores still model themselves after today. 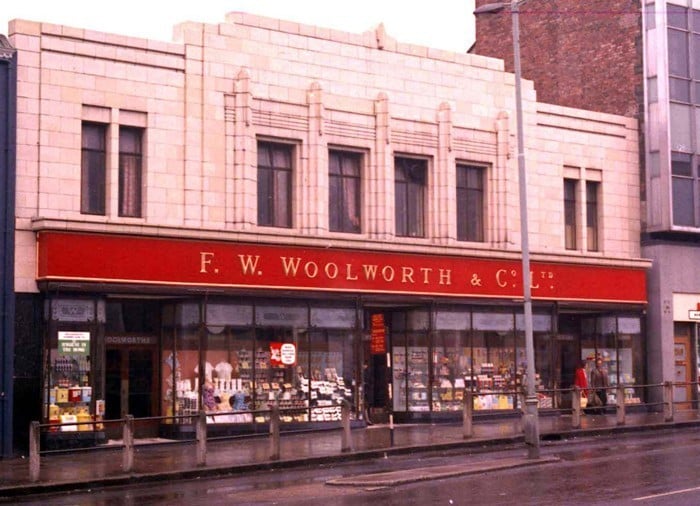 Though he married and had three daughters, Frank's true love was always his business. He is rumored to have worked every day from the inception of the company to his death. Ironically, the success that took him a lifetime to establish took his family what seemed like mere moments to destroy. Enter Barbara Hutton…

Frank's middle child, Edna, married Franklyn Laws Hutton who founded the successful E. F. Hutton & Company, a respected New York investment banking and stock brokerage firm. They had one child, Barbara, born in 1912. Franklyn was a far cry from husband or father of the year. He was a workaholic, missing from the home front most of the time, and prone to extramarital affairs. His philandering and absence wore on Edna and is thought to be the motivation for her suicide. At the impressionable age of six, Barbara found her mother's lifeless body; a formative moment that family and friends believe shaped a life of excess and debauchery.

Barbara was tossed around like a hot potato from relative to relative after her mother's death, but she was still a Woolworth, and Woolworths got the best. Even in the midst of the crippling 1930s Depression when most families were struggling to make ends meet, Barbara enjoyed an elaborate coming out party for her eighteenth birthday, fit for royalty. The lavish soiree came with a $60,000 price tag (around $1 million today) and was the social event of the year with dignitaries and celebrities in attendance and no expense spared.

The public was in an uproar over the unrestrained excess of the party, which was highly publicized by the media. In an attempt at damage control, Barbara was shipped off to tour Europe in order to avoid additional bad press. This was possibly the first nail Barbara contributed to the coffin that was the fate of the Woolworth family and empire.

The Blushing Bride—7 Times Over

At age 21 Barbara's already hefty bank account had swelled to roughly $50 million (about $898 million today) after she received an inheritance from her grandmother. Far from the level-headed, business-savvy mindedness of her grandfather, Frank, Barbara spent money frivolously and extravagantly.

She lived an opulent lifestyle complete with the finest clothes, homes, vacations, and entertainment, but what she craved most—and what seemed to ever escape her reach—money couldn't buy. Barbara made the rounds down the wedding aisle and to divorce court seven times in her life, hoping each groom would be the one to fill the emotional void she felt. But the void remained open, and Barbara continued to fill it with failed marriages and extravagances. Her short list of grooms included a baron, three princes, a count, actor Cary Grant, and an international playboy. Most of these men were after Barbara for her money, which they spent freely during their time with her, then enjoyed millions in divorce settlements. During her marriage to Cary Grant, the couples' spending habits earned them the nickname, "Cash and Cary". Her other fleeting matrimonial endeavors received similar sentiments from the public. 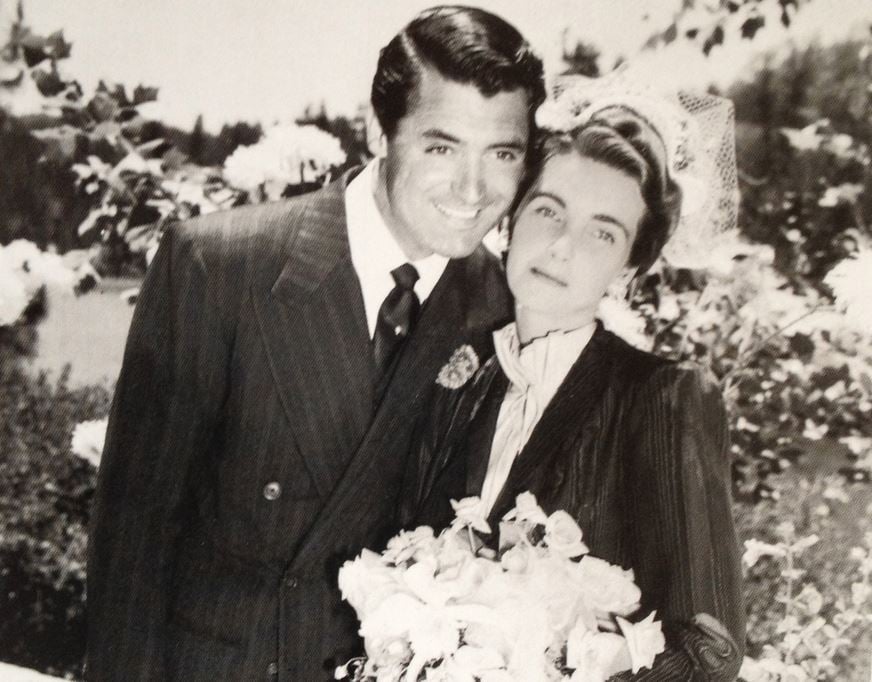 Much to the chagrin of the Woolworth family and company, the media followed every move of Barbara's over-the-top lifestyle, as she whittled away her family fortune on designer clothes, flashy jewelry, mansions, cars, husbands, and playboys. To make matters worse, her divorces played out in the public like dirty laundry hung out for all to see.

Barbara's motto was "If you've got it, flaunt it," and she was a skilled flaunter. She had an affinity for elaborate historical pieces and paintings and paid top dollar for them. Her collection of art included pieces from Marie Antoinette and Empress Eugénie of France; and she was infamous in the jewelry world for buying an extravagant and unique 40-carat Pasha Diamond, which she had recut to fit her fancy, bringing it down to 36 carats. She bought 2 palatial mansions in London, and others in Tangier, Palm Beach, Cuernavaca, and Pacific Palisades—all filled with servants and luxuries. A casual philanthropist, she would write hefty checks on a whim at cocktail parties and buy elaborate gifts for friends and strangers.

Barbara was completely out of touch with the roots of her wealth and the Average Joe strolling the aisles of her family's famous five-and-dime stores. And the public noticed. They grew weary of spending their dollars at a company tied to a woman with so little respect for those hard-earned paychecks. Woolworth's executive board blamed Barbara's antics when employees went on strike, and weeks later clerks picketed outside her swanky New York hotel bellowing: "Is 18 dollars a week too much?" Barbara was unaffected.

Frank Turns in his Grave and Barbara Makes Her Final Exit

Unable to find lasting love, and bored with her material world, Barbara turned to drugs and alcohol. She took to washing down cocktails of codeine, morphine, and Valium with up to 20 vodka-spiked Cokes daily and indulged in shots of amphetamines and megavitamins to get her kicks. With this downward spiral, her erratic spending habits only increased. She showered friends, acquaintances, and strangers with gifts and money to gain their affections and she is reported to have lost millions in fees for bad financial advice and poor fund management.

As Barbara's once overflowing pot of gold was dwindling down to a couple of coins she began liquidating assets in order to make ends meet. With her properties gone and possessions few, she lived out her final years in an L.A. hotel until she died of a heart attack at the age of 66. At the time of her death in 1979, she had a measly $3,500 to her name.

As for the demise of the Woolworth chain, Barbara can't be held solely responsible for its downfall, though her noteworthy contributions did not help the cause. With competitors opening similar retail stores paired with an all-too-soon expansion, the retail giant and original pioneer of merchandising as it stood in its heyday declined down to a handful of stores in the early 1980s and eventually went out of business in 1997. 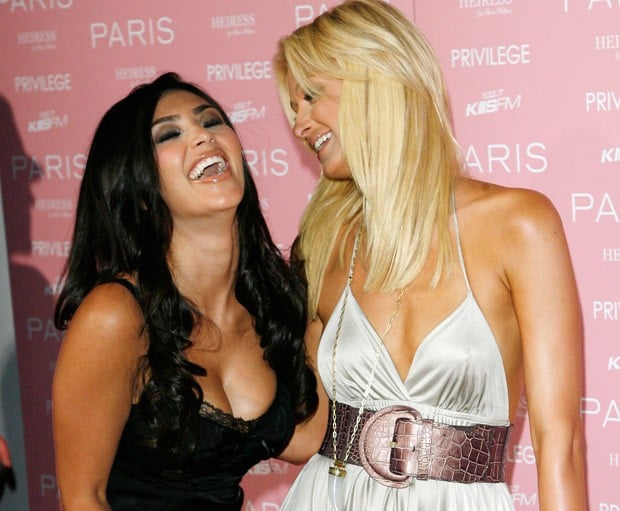 No matter what you think of Kim Kardashian's brief marriages or Paris Hilton's lack of discernible intelligence, at least neither of them have blown through a nearly $1 billion fortune. But then again, Barbara Hutton's downward spiral occurred over 45+ years. Maybe Paris and Kim just need a little more time to follow suit!

Sara Schapmann
Sara is a versatile and accomplished professional with over 10 years of writing experience. She has worked in a variety of industries, from documentary television and talk shows to higher education and event planning. Sara currently writes for several websites covering topics such as entertainment, health and well-being, education, and food. Follow her on Google+
Thank you, Sara!

The NSA and Global Terror Alerts