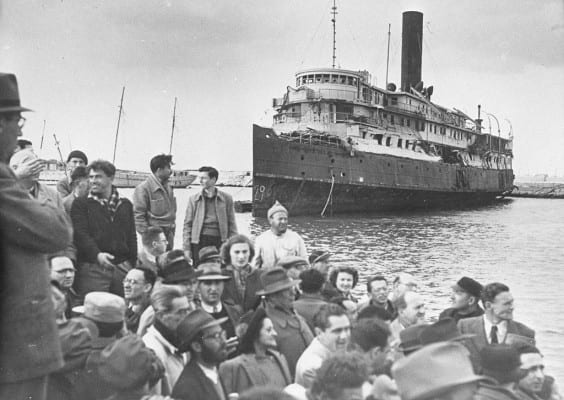 [A]lmost since the beginning of the Zionist Movement in the British Mandate of Palestine, there has been a wing of that movement that has said: “we want it all, and we want all of the Arabs out” (https://www.greanvillepost.com/2011/06/20/why-the-current-israeli-government-will-not-negotiate/).

As noted, ever since the Right-wing took over the Israeli government under the former terrorist Menachem Begin, except for a few brief intervals, Israeli policy has been not to seriously negotiate with the Palestinians.  For serious negotiations would lead to a) a settlement, and b) recognition that the Palestinians had a right to live peacefully in what the Israeli Right calls “Greater Israel.” 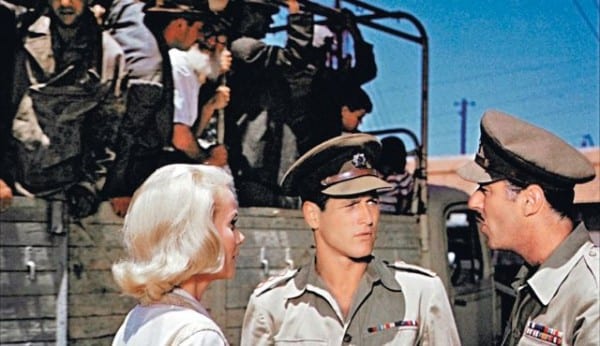 Hollywood embellished and glorified the creation of Israel, stressing the suffering of Jews but ignoring the land expropriation and terrorist acts on Palestinians that carved up the first zones toward “Greater Israel.” The blockbuster film Exodus, with Paul Newman supported by a stellar cast, was a powerful propaganda vehicle to whitewash the state of Israel’s “original sin.”

Aliyah (UK /ˌælɪˈɑː/, US /ˌɑːliˈɑː/; Hebrew: עֲלִיָּה aliyah, “ascent”) is the immigration of Jews from the diaspora to the land of Israel (Eretz Yisrael). Also defined as “the act of going up” or as in progressing towards Jerusalem. It is one of the most basic tenets of Zionist ideology. The opposite action, emigration from Israel, is referred to asyerida (“descent”).[1] The concept of Aliyah (return) to the Holy Land was first developed in Jewish history during the Babylonian exile. During the Jewish diaspora, Aliyah was developed as a national aspiration for the Jewish people, although it was not usually fulfilled until the development of the Zionist movement in the late nineteenth century. Large-scale immigration to Palestine began in 1882.[2] Since the establishment of the State of Israel in 1948, more than 3 million Jews from over 90 countries have ‘made Aliyah’ and arrived in Israel.[3]  (Wikipedia)

It is quite obvious that the current Israeli offensive is aimed at creating that desired “final solution” at least in Gaza.  Forgetting about, for example, the shelling of yet another UN school (intended of course to drive the UN and any independent observers it might supply out of the Gaza Strip), the event that fully signaled that intent to achieve a modern “final solution” to the “Palestinian question” took place yesterday: the complete destruction of Gaza’s only power plant.  Forgetting about all the power-run amenities of modern life, without power there can be no reliable pure water supply and no sanitary sewage disposal.  Just guess what comes next.  Either the Gazans will leave or they will eventually die in place, of a variety of communicable diseases.  “Exodus” and a “final solution.”  How horribly ironic that it is Jews who are creating the conditions for these contemporary equivalents of these two horrors visited upon their forebears.

ABOUT THE AUTHOR
Senior Contributing Editor Dr. Steve Jonas, also serves among many other duties as Editorial Director with The Political Junkies for Progressive Democracy. He is the author of more than 30 books and countless essays published in dozens of sites, including the leading progressive sites in the Anglophone world.

The unchallenged abscess in the Middle East: Netanyahu popularity soars