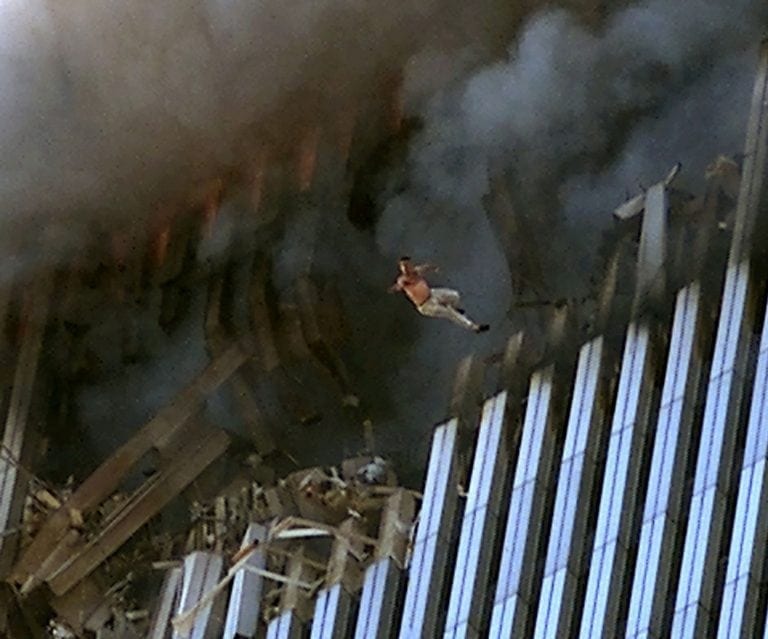 Chased by the flames, some people simply jumped to their deaths. 9/11 is a brief, horrific sample of what America has visited across the world for generations. But the American public does not know that.

Donald Trump, for all his obnoxious demagoguery, is adding value to the presidential campaign by calling former President George W. Bush to account for 9/11 and the Iraq war, which set in motion the growth and spread of al-Qaeda and the rise of the Islamic State. Former U.S. rulers rarely face consequences for the horrible things they do in office. Condemnation is considered impolite. 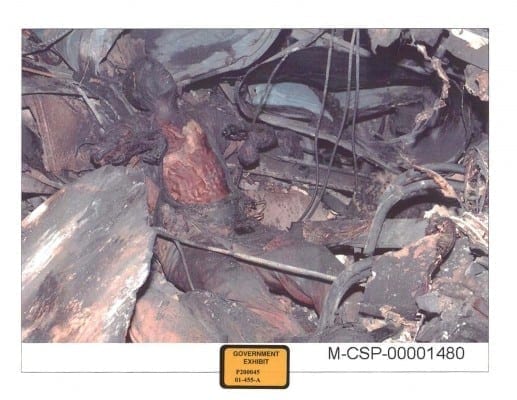 So good for Trump. Unfortunately, he shows no sign of having done his homework; so his charges against Bush are little more than soundbites, allowing Bush defenders to dismiss Trump as a kook. But this time he is not a kook.

Trump presumably does not mean that Bush knew where and when al-Qaeda would attack. Detailed foreknowledge is not part of the case against Bush. All we need to know is that Bush and his top people, starting with Vice President Dick Cheney, were too busy in their first eight months in office to bother about al-Qaeda and Osama bin Laden. Too busy doing what? Among other things, they were too busy looking for an excuse to overthrow Iraqi dictator Saddam Hussein. Bush’s father, George H. W. Bush, had left Saddam in power after sending the U.S. military to reverse Iraq’s invasion of Kuwait in 1991. But the elder Bush and successor Bill Clinton enforced killer economic sanctions, on the pretext of finding weapons of mass destruction, but actually in hopes of driving Saddam from power. Saddam wouldn’t cooperate in his own regime change, however, so Bush Jr., Cheney, national security adviser Condoleezza Rice, and their neoconservative brain trust were determined to complete the mission. 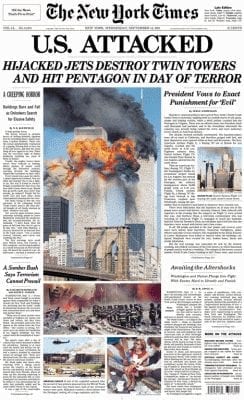 Because of this obsession, warnings from the CIA and counterterrorism chief Richard Clarke about al-Qaeda, which had previously attacked U.S. government assets and the World Trade Center in the 1990s, fell on deaf ears, despite growing signs that “Bin Laden [was] Determined to Strike the US.” Even the prospect of aircraft hijackings was raised.

Clarke wrote in his book, Against All Enemies, that when he finally managed to get cabinet-level meeting on al-Qaeda, Deputy Defense Secretary Paul Wolfowitz objected that “I just don’t understand why we are beginning by talking about this one man, bin Laden.” Clarke responded, “We are talking about a network of terrorist organizations called al-Qaeda, that happens to be led by bin Laden, and we are talking about that network because it and it alone poses an immediate and serious threat to the United States.” To which Wolfowitz replied, “Well, there are others that do as well, at least as much. Iraqi terrorism for example.” 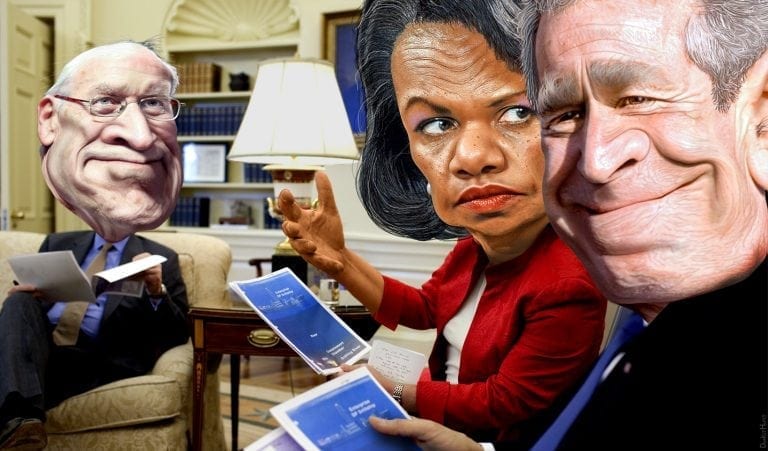 Cheney, Condi Rice and G.W. Bush—three world-class criminals still walking free in America, while the prostitutes in the media busy themselves whitewashing their actions. Of course, they are only the tip of a huge establishment which is nothing but a criminal enterprise. [CC BY-SA by DonkeyHotey]

Thus Bush and his top people ignored al-Qaeda despite warnings from their experts and ominous events such as the arrest of Zacarias Moussaoui, (as Peter Beinart explains). Could the attacks have been prevented had the policymakers paid attention? Who knows? But that does not excuse Bush’s irresponsibility.As for the Iraq war, Bush and his defenders plead innocent on the grounds that everyone thought Saddam had chemical, biological, and nuclear weapons, or at least active WMD programs.

That’s simply false. Well-sourced reporting at the time said the intelligence had been cooked under White House pressure. It meant little that former President Bill Clinton and British Prime Minister Tony Blair said they believed in the WMD. People with direct access to the intelligence seriously doubted the WMD existed, and they of course were right. But the establishment news media continue to give Bush a pass, just as as they did in 2002-2003. As I wrote three years ago:

“Today, like the Bush administration alumni attempting to duck responsibility, the media blame ‘bad intelligence’ for their conduct. But that will not wash. The dissenting reports of Knight Ridder’s Warren Strobel and Jonathan Landay, along with a very few others, show definitively that in 2002–03 solid intelligence information undermining every propagandistic administration claim was readily available to anyone willing to use traditional reporting techniques. Strobel and Landay were mostly ignored. On the rare occasions when the New York Times or Washington Post reported on the doubts intelligence personnel had about the Bush narrative, the stories were buried deep in the paper. (See Bill Moyers’s special “Buying the War” and Greg Mitchell’s book Wrong for So Long.)”

Sheldon Richman keeps the blog “Free Association” and is a senior fellow and chair of the trustees of the Center for a Stateless Society.

The Clinton Monster That Won’t Die

This essay is based on an unproven and untested allegation “All we need to know is that Bush and his top people, starting with Vice President Dick Cheney, were too busy in their first eight months in office to bother about al-Qaeda and Osama bin Laden. ” We simply do NOT “know” any of this. One would also have to challenge the presumption that Trump has the stability or the persistence to see any of this through to anywhere worth while or indeed has the judgement to have a clue how to see it through. Its just electioneering at its… Read more »

Sorry to disagree. Trump only gets one thing right – that the invasion and occupation of Iraq were based on lies, making George Bush (and many others who were complicit) guilty of a war crime. But Trump still fails to address the Big Lie that launched both the phony ‘war on terror’ and the equally illegal invasion and occupation of Afghanistan. The Big Lie is the fake official story of 9/11. After 15 years of meticulous research by hundreds of independent researchers and professionals (including the 2500 professional architects and engineers of AE911Truth) no intelligent person should be repeating the… Read more »