Largely lost in the Obama Administration’s pell mell dash to get a form, any form of “health care delivery reform” passed is what even the mildest version of it would do to abortion rights in our beloved country, to say nothing of establishing the principle that Congress can functionally ban from any national insurance coverage any particular medical procedure it doesn’t happen to like in any particular Congressional session.  In my mind, as a physician, this reason, in addition to many health care system concerns that I have as a long-time health care policy analyst, is why this bill should be defeated regardless of the current political cost to Obama and the Dems.

Enjoy the rest of the weekend, Best wishes to all, Dr. Steve Jonas 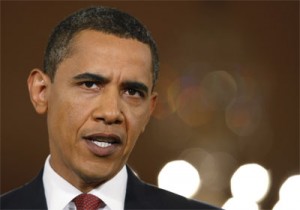 There are many reasons to hope that the current health care reform monstrosity doesn’t get through Congress just so that Obama/Emmanuel can say that they have produced “something.” As a health care policy analyst for over 40 years, I know most of those reasons.

But one stands out and it has nothing to do with the health care system reasons for hoping for failure, which include: no public option (since one would never get past the Senate no matter what the House does and the latter will likely drop it anyway); a massive taxpayer subsidy to the private “health” insurance companies and their profits; the creation, by so doing, of a further stranglehold on the health care delivery system making it highly unlikely that any further changes will be accomplished until at enormous further public expense down the road the insurance companies themselves crash and burn under the ever-increasing cost inflation that this legislation does nothing substantive about; the taxation of the relatively “good” policies; the lack of any planning mechanisms, something that is essential if costs are ever to be brought under control; and finally the fact that even with all the public expenditures, not everybody will be covered and it will take until 2019 until everybody for whom the legislation aims to provide coverage actually gets it. As for the political weapons that the hydra-headed monster gives the GOP, well they are already licking their chops. Don’t believe me? Just listen to Sean Hannity (and I do, after taking a suitable dose of Dramamine, of course).

Yes, given all of the above, THE reason for hoping that it is defeated is what it does to abortion rights in the United States, and the further implications of that horrid provision. Both versions of the bill, and the Senate/Nelson version looks “good” only by comparison with the House/Stupak outrage, would functionally illegalize abortion for millions of U.S. women. Under the Stupak version, no health insurance company that wanted to participate in the new “exchanges” (that is all of them, because the insurance companies themselves came up with the “exchanges” fig leaf as a supposed “substitution” for the public option) could offer abortion coverage as part of its package. Under the Nelson version, it is highly likely that no insurance company would offer any of the complicated instruments; his version would require so that no Federal money would be seen to subsidize insurance polices that would cover abortion.

Yes indeed, this is what the Religious Right, its stooge the GOP (or maybe the Religious Right is the GOP’s stooge, who knows and who cares — politically they are one and the same), and the Catholic Church have been fighting for from the day after Roe v. Wade was handed down. This is a crisis, much more of one than most U.S. citizens realize. But to quote again that old Chinese saying, with crisis comes opportunity. And the opportunity here is to put the pro-abortion rights campaign on a much broader base than that on which it is has largely been conducted to date.

(The Catholic Church, it should be noted, is not part of the U.S. Religious Right, although some U.S. Catholics are. On many issues, global warming for example, the Church takes positions quite the opposite of those taken by the Religious Right. Unfortunately, it does not really seem to care or do much about major U.S. public issues other than abortion rights and gay marriage. So on those issues, it is firmly allied with and is a powerful ally of the Religious Right.)

The argument of the pro-choice movement from the beginning has largely been based on the “woman’s right to choose.” They mean to choose to have an abortion. The argument of the so-called “pro-life” movement, which is actually anything but if life is considered to be something that happens after birth as well as before it, has been based on the claim that “life begins at the moment of conception.” The pro-choice movement has not done much to counter that thought, even though the whole basis of Roe v. Wade is that while some people hold to that particular religious view, many others hold to the view that life begins at the time of viability, generally considered to be at 24 weeks gestation. And that is indeed the point.

The concept of “when life begins” is a religious one. It is not based on science or biology. It is based strictly on a religious belief (and there are certainly highly religious people who hold to both) or for many secular humanists such as myself a belief that “life” is defined by a certain level of independent existence outside of the womb. However, if one restricts oneself to the “woman’s right to choose argument” without dealing with the “belief as to when life begins” issue, the opponents of abortion rights win the day by being able to claim that the “choice” is not about abortion but about killing a living being.

This then is where the struggle has to go now. It has go well beyond the “right to choose whether or not to have an abortion” to the “right to choose one’s own belief as to when life begins.” Either version of the anti-abortion legislation would functionally illegalize abortion for the millions of U.S. women who could not afford to pay for an abortion out of their own pockets under the Stupak version or figure out the extremely complex system that would be created under the Nelson version. That I am not making things up here is indicated by the fact that the Catholic Church, which wants to legally ban abortion, preferably by Constitutional amendment, opposes even the Nelson version (“Bishops deeply disappointed by Senate action on health care,” LI Catholic, Dec. 16, 2009, Vol. 48, No. 34). They obviously see the Stupak version as achieving what they have been trying to achieve ever since Roe v. Wade became the law of the land: functionally outlawing abortion.

However, where the Catholic Church, the Religious Right, and the GOP see victory here, we have the opportunity to vastly broaden the battleground. For the functional illegalization of a particular religious and secular/humanist belief as to when life begins affects every person in the United States, regardless of age or gender. Furthermore, the functional illegalization of one particular medical procedure, and abortion is nothing more or less than a medical procedure, then opens the door to the functional illegalization of any medical procedure. A future Congress could, for example, exclude any health care intervention based on stem cell research from insurance coverage. Both the Stupak and the Nelson Amendments violate both the separation of church and state clause of the First Amendment and the equal protection clause of the Fourteenth Amendment (as does, of course, the Hyde Amendment).

Finally, in one breath, Rep. Stupak says he is doing nothing more than extending the Hyde Amendment that bans the use of Medicaid funds to pay for abortions (Kantor, J., “Anti-Abortion Democrat Puts Health Overhaul on the Line,” The New York Times, Jan. 7, 2010). But later in the same article, Kantor points out that “Mr. Stupak says his stand is a straightforward matter of his Roman Catholic faith,” which means what the Church wants: banning abortion. He says: “You fight for a principle [that is abortion should be illegal] you’ve believed in your whole life, then you fold up your tent?” Finally, Kantor notes that “Mr. Stupak says he urged the U.S. Conference of Catholic Bishops to toughen its stance on the legislation.” This is not “simply extending the Hyde Amendment.” This is attempting to use health care reform legislation to achieve what the Catholic Church et al have been unable to achieve since Roe v. Wade: functionally, if not legally, outlaw abortion in the United States.

Now is the time. The battle for both the rights of women to control their own bodies until a fetus has reached the time of viability and of all of us to hold our own religious and/or secular humanist views as to when life begins must now be engaged, and it must be engaged quickly, with an entirely new coalition. If not, why not? And if not now, when?

Couldn’t agree with the writer more.. we have been warned, by some of our best lights, but lacking a coherent movement, where do we start?

NBC Fantasizes About Nuclear War With...