Home AMERICAN STUDIES Pay me now or Pay me later: The 2012 Presidential Election

Pay me now or Pay me later: The 2012 Presidential Election 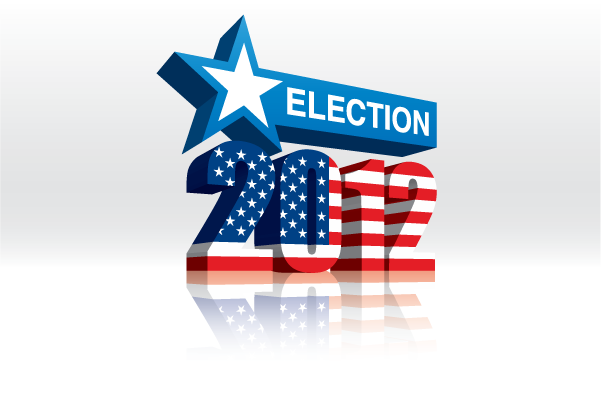 Remember the old Fram oil filter TV ad, “Pay me now, or pay me later?” That is if you bought a new Fram oil filter from the mechanic holding it up for you to see for $4.00 (that’s how long ago that ad appeared[!]), you would not be paying the mechanic a rather larger bill later for the repairs your engine would need due to driving around with dirty oil.

There is a whole set of major issues that neither candidate is addressing, from the rapidly growing impact of global warming, to the fact that the principal problem facing Medicare and health care in the US is the ever-rising costs of an industry that focuses first on power, profit, and prestige, second on the health of the people (1), to the never-ending “war on drugs,” to the ever-growing disparity in wealth and income in the US between the “1%” and the rest of us, the latter as well-summarized by David Leonhardt of The New York Times (2):

“Taxes and government spending. Health care. Immigration. Financial regulation. They are the issues that have dominated the political debate in recent years and have played a prominent role in this presidential campaign. But in many ways they have obscured what is arguably the nation’s biggest challenge: breaking out of a decade of income stagnation that has afflicted the middle class and the poor and exacerbated inequality. Many of the bedrock assumptions of American culture — about work, progress, fairness and optimism — are being shaken as successive generations worry about the prospect of declining living standards. No question, perhaps, is more central to the country’s global standing than whether the economy will perform better on that score in the future than it has in the recent past.”

“As this Presidential election gears up into overdrive, the mainstream media will be weaving an exciting long-form narrative complete with all the elements of stock entertainment: conflict, challenge, surprise, momentum, and eventually victory. This may work for reality television and daytime soap operas, but the truth is that the issues that we face as a nation are far too critical to sideline for fantasy. There are still record levels of poverty in this country. People are still being thrown out of their homes. We still have a corrupt prison and legal system. The corporate machine continues to destroy the environment and is doubling down on new projects which could take environmental decay to shocking new heights. The industries of oil, chemical, financial, coal, and many more continue to encroach further upon our liberties and our lives.”

President Obama and Gov. Romney do disagree on certain issues, such as how much of a role religious-dogma-backed-by-the-use-of-the-law should play in the control of personal choice and behavior, how much leeway financial institutions should have in conducting their affairs and seeking profits, to what extent the private health insurance industry should be subsidized by the Federal government (that’s the essence of “Obamneycare”), what the balance should be between the use of fossil and renewable fuels in meeting the nation’s energy needs, what kind of Federal government spending to stimulate the economy is “OK” (the President’s very modest “stimulus” bills or Romney’s proposed massive increases in military spending), and so on and so forth.

But on the essential nature of US capitalism at home and imperialism abroad (see their foreign policy “debate”), there ain’t a dime’s worth of difference. Obama may talk about “income redistribution” a bit, but even his approach to taxing the rich would leave that playing field essentially unchanged and wouldn’t touch the problems that Mr. Leonhardt discusses. As to Romney, his “economic” plan, GW Bush’s on steroids, would just make things that much worse. For both, maintaining and protecting the power of the Corporate Power that runs this country is not in contention. They would just go about the task in moderately different ways. And Romney is saddled with the fact that in order for the GOP to be competitive in elections it is now heavily dependent on its conversion to what Howard Fineman of The Huffington Post and MSNBC has called “The American Faith Party” (4).

For any major attack to be carried out on the Corporate Power, there will have to be a political party devoted to doing that, just like, before things began to change in this country in the 1850s, it took the formation of a major political party determined to attack the Slave Power. The biggest mistake of “Occupy Wall Street,” which led to its quick demise, was to not move on to political action (although it is very possible that the determination to go in that direction was determined by a very determined set of agents provocateurs sent by Right-wing Reaction) (5).

Although the long-term solution to the political and economic domination of the Corporate Power is its replacement by some form of socialism yet to be devised, the first step in that direction is to be taken by the formation of a Progressive Democratic Party, growing out the present Democratic Party, just as the original Republican Party grew out of the old Whig Party (6). Such a party, unlike the present Democratic Party, would be able to take on at least some of the issues in the “not-on-the-agenda” list laid out briefly above, a la the ignored-by-the-media progressive caucus in the Congress, led by such heavyweights as Sen. Bernie Sanders, Cong. Raul Grijalva, Co-Chair of the Congressional Progressive Caucus and, if he is successful in getting back to the Congress, Alan Grayson of Florida.

If the parties continue as they are, whether or not Obama is re-elected, especially given the structure of the Congress and the control of the essential business of the Senate by the GOP, whether in the majority or the minority, things are going to continue to go from bad to worse. And given that control, if Obama is re-elected, the nation almost certainly faces the prospect of a President coming in in 2017 (Ryan or Santorum, anyone) who will make folks hark back to the days of Bush and Romney. The re-election of Barack Obama would just put off the inevitable, and in fact would make the formation of a Progressive Democratic Party even more difficult than it would be if he loses.

And thus on the question of lining up with those would advise voting for Obama, at least in the swing states, while holding one’s nose, like Daniel Ellsberg (7), or, from what he considers not holding one’s nose, like Robert Reich (8), or lining up with those who present a whole set of policy-based reasons not to (9, 10), I go with the latter. For as Iris Vander Pluym says: “But you know what else is fraught with risk? Enabling Democrats to keep doing exactly what they’ve been doing. This includes, among other evils, shoring up the total corporate takeover of our democracy, and entrenching some of the very worst policies of the Bush administration with a bipartisan stamp of approval. Actually, that the Democrats will continue to do so cannot even be accurately characterized as a ‘risk.’ It’s a certainty.”

But for longer-range reasons as well, I go with not supporting Obama this time around. The Republican Party did not start out as an abolitionist party, but rather with the aim simply to keep slavery from expanding into the Western territories. But in doing so it had to take on the Slave Power, which wanted no limits on its power or its scope. Although it took a civil war to do it, it was eventually overthrown. If the Corporate Power is to be eventually overthrown (which may well take a Second Civil War [11]), a political movement aimed at seriously reining it in is going to have to come first. I certainly agree with Ms. Vander Pluym on the question of policy and the Democratic Party. However, I think that the re-election of Pres. Obama, even though he would be “better” on certain domestic issues like the resistance to religious authoritarianism, would slow down, not speed up the necessary first-step process of splitting the Democratic Party. And so, pay me now, or pay me later. I’ll go with the former.

Steven Jonas, MD, MPH is a Professor of Preventive Medicine at Stony Brook University (NY) and author/co-author/editor/co-editor of over 30 books. In addition to being a senior editor with TGP, he serves as a columnist for BuzzFlash/Truthout (http://www.buzzflash.com, http://www.truth-out.org/), and he is the Managing Editor of and a Contributing Author to TPJmagazine.net.

2. Leonhardt, D., “Standard of Living Is in the Shadows as Election Issue,” The New York Times, Oct. 24, 2012, http://www.nytimes.com/2012/10/24/us/politics/race-for-president-leaves-income-slump-in-shadows.html?pagewanted=all

7. Ellsberg, D., “If You’re in a SWING State, Vote Against Romney and the Neocons,” http://www.veteranstoday.com/2012/10/24/daniel-ellsberg-if-youre-in-a-swing-state-vote-against-romney-the-neocons/

10. Lévesque, Julie, “Who Will Win the Elections? ‘The Republicrats,’”

The lame rules for presidential debates: a perfect microcosm of US democracy