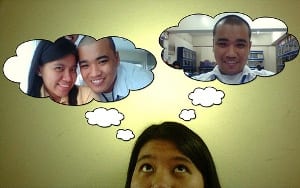 I was recently asked to write a relationship column for a fantastic online magazine here in India called Women’s Web. My first topic is about dating in India, something I have written about before here and here.  These posts have been topics of great controversy, but they are based purely on my own experience and I stand by what I have said in them.

In my column in Women’s Web (see addendum) I have written about the concept of dating in India, which seems to be relatively new here.  When I say dating, I mean the real western concept of dating where two people hang out and get to know each other without expectations of engagement, marriage and children just around the corner.  It seems to me that this isn’t something that happens much here, and it is actually really hard to do without one person expecting that the relationship will inevitably lead to marriage.

From my very western perspective, I feel like marriage is a lot of pressure to put on a new relationship. I just want to know if a guy enjoys good food and makes me laugh, without worrying about whether he expects me to cook for him and how many children he wants. It feels like there is little choice for those who don’t wish to make a commitment very soon after meeting someone, and therefore options are limited for those who don’t want to either.

The other alternative is to date someone who is already in a relationship and not looking for (another) commitment.  Each to their own, but as I think I made clear in this post, that is definitely not an option for me.

Is marriage really the end goal for all dating in India?  Is it possible to just date without any pressure or expectation from either party, family or friends that the relationship will lead to marriage or otherwise it must end? What do you think of the advice in this article?

What do you think?

ABOUT THE AUTHOR (In her own words)

I am a Melbourne girl of Indian origin. After completing degrees in Law, Commerce and Management, my career followed a rather traditional path for 16 years. I worked in a corporate career for some of Australia’s best known brands (like Foster’s, General Motors Holden and ANZ Bank). In 2011, I was in my mid-30′s, single and had been through some challenging times personally, so I decided it was time for a change and chose to leave Australia and move to India.  I was granted Overseas Citizenship of India, which means I can live and work in India forever. I settled in Mumbai in 2012, and have been working as a writer, business consultant and entrepreneur since.

Like what you read on Women’s Web? Register and we’ll keep you posted on the best reads of the month, plus other useful resources!

Dating in India is a relatively modern concept, particularly when there is no intention of marriage. As it is something that is frowned upon in some circles, there isn’t always the opportunity to discuss it openly or seek relationship advice from family or friends. Is there room in Indian culture now just to simply date and get to know someone without it having to be a precursor to marriage?

Dating in Western terms is where two people go out and just enjoy each other’s company; there is not necessarily any expectation of a commitment nor marriage. It is a way to discover different people and to see what you do and do not prefer in a mate. Over here though, society still considers marriage to be the main goal for Indian women. However it is not just women who are bound by these stereotypes.

Dating in India: A stumbling block for both Indian women & men

One of my male friends explained to me that he doesn’t feel that he could just date someone, and even at the first meeting he finds himself assessing whether he would be happy to be sitting across the table from this woman in three years time with a child. The concept of just enjoying a woman’s company in a way that isn’t platonic without it leading to marriage is something he does not feel capable of, which means every woman he dates is held up to incredibly high standards and scrutiny.

…where I am quite upfront about not wishing to be a wife, men who’ve appeared to be interested in me, soon start to avoid being alone with me.

I have also found this to be true in my own experience; where I am quite upfront about not wishing to be a wife, men who’ve appeared to be interested in me, soon start to avoid being alone with me. Of course perhaps they are just not that into me, but it certainly doesn’t seem that way; it just feels like they are not comfortable with the idea of dating a woman without an expectation that it may lead to marriage.

Whilst lines are blurring, with the youth having more freedom to go out and spend time with friends, there is more opportunity for romance without immediate commitment. However, for most, dating someone generally means an interview for marriage.

So, if you do just want to date someone without the pressure of committing to marriage how do you go about it? If you have someone in mind, the easiest way to find out if they are happy to just date is to simply ask him. Being honest and upfront early on can save you both a lot of heartache in the long run, and in my opinion, this is the best relationship advice anyone can give.

If you tell him you just want to date without an expectation of commitment, be honest with him about what that means to you. Does it mean you want the relationship to be a physical one? Do you want the freedom to date other people at the same time?

If you are honest with a guy about your intentions and he isn’t comfortable with it, then you can’t expect him to change his mind. If he wants a wife, your reluctance to rush into marriage isn’t going to make him change his mind. Just dating in India is not for everyone, people come from different backgrounds and while you may be comfortable with the concept, you may also have to accept that others are not.

If you have no one in mind how do you go about meeting like-minded people? Traditionally, introductions in India have been through family friends. Being introduced to someone by family and friends may lead to expectations from them, placing undue pressure on you both, even if you are clear about the nature of your relationship. To avoid this, try and meet people independently, but finding them is not always easy.

Online dating in India is a relatively new concept, with most online forums being used primarily as a means for arranging marriages or sex. However, there are some sites that have been created with the specific purpose of dating includingTwoMangoes.com, stepout.com or floh.in, which introduce like-minded people without specific expectations. The latter is an elite site, by invite only, for urban professionals, but also mixes online with off-line events so that you don’t have to meet someone alone the first time. Online dating can be a lot of fun, introducing you to people outside your social circles and lets you be a bit choosy as well. I have met some great people through online dating in the past, so relax and remember to have fun.

With divorce rates in India on the rise and growing exposure to Western culture, the case for dating rather than arranging marriages is slowly growing.

Another great way to meet people is through social networking sites like Twitter or through special groups on Facebook. Whilst through these sites you may not know if someone is only looking for a wife, you can meet some new people who share common interests. The easiest way to do this is to just jump in and join the conversation. For example, if you are into movies, then perhaps see if there are any Facebook groups in your area for people who love films and that organises group get togethers. With Twitter you can search and follow people who share your interests, and just join in their conversation. I personally have dated men in India that I have met on Twitter, and made some great friends (male and female) along the way as well.

With divorce rates in India on the rise and growing exposure to Western culture, the case for dating rather than arranging marriages is slowly growing. If it is something you want to do then get out there and have some fun. Enjoy the company of new people without the pressure of having to make lifetime decisions.

Fascinating insights about a nation we know practically nothing about, despite the feeling many have of “knowing” what Indians are like! Thanks for this post.