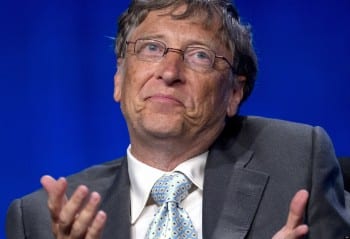 DEAN BAKER
[A] review of French economist Thomas Piketty’s best-selling book “Capital in the 21st Century” by the world’s richest man is too delicious to ignore. The main takeaway from Piketty’s book, of course, is that we need to worry about the growing concentration of capital, in which people like Microsoft co-founder turned megaphilanthropist Bill Gates and his children will control the bulk of society’s wealth. Gates, however, doesn’t quite see it this way.

From his evidence, he actually has a good case. If the issue is the superrich passing their wealth to their children, who will become the next generation’s superrich, he is right to point out that the biographies of the Fortune 400 — the richest 400 Americans — don’t seem to support this concern. We find many people like Gates, who started life as the merely wealthy (his father was a prosperous corporate lawyer), who parlayed their advantages in life into enormous fortunes. The ones who inherited their vast wealth are the exception, not the rule.

Gates tells readers of his plans to give away the bulk of his fortune. His children will have to get by with the advantages that accrue to the children of the ultrarich, along with whatever fraction of his estate he opts to give them. That will undoubtedly ensure that Gates’ kids enjoy a far more comfortable life than the bottom 99 percent can expect, but it likely will not guarantee a place among the Fortune 400.

As he points out, many of his fellow billionaires feel the same way about passing on their wealth. This means that we may not need to fear the perpetuation of great fortunes through generations as Piketty warns.

However, this doesn’t mean that we shouldn’t fear rising inequality. Gates gives us a textbook example of the problems. While he is undoubtedly smart and hardworking, the key to his incredible wealth was the decision by the Justice Department largely to ignore antitrust law. Gates used classic anti-competitive practices to gain and protect a near monopoly in the market for personal computer operating systems.

When the Justice Department finally brought suit in 1998, Bill Gates and the Microsoft team were so arrogant and dishonest that they managed to turn the presiding judge, an appointee of President Ronald Reagan, into an enemy. An appellate court later removed him from the case for bias.

While Gates wants us to believe that his software innovations were a great service to the world, most users of his software would probably not agree. His efforts to corner the market may have made him rich, but they slowed down the process of software development.

Bill Gates further defends wealth inequality by pointing out his philanthropy. Interestingly, the philanthropy that he says makes the situation better could actually make it worse.

Unfortunately, he is not the only one who got rich largely at the expense of the economy and society. The Fortune 400 is full of Wall Street investment bankers who make their money by trading a few minutes or milliseconds ahead of everyone else. This means that they pocket profits that otherwise might have gone to long-term investors. And of course, the Wall Street gang also includes those who made money on the mortgage-backed securities that nearly destroyed the world economy in 2008. 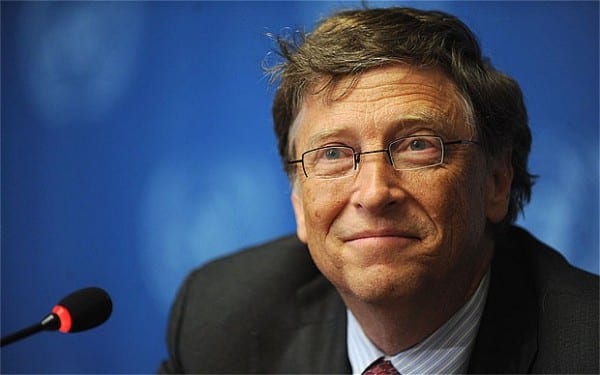 The fortune of the Walton family — Walmart’s largest shareholders and heirs to the wealth the company created — came in large part from being able to hire supercheap labor both in the United States and the rest of the world. Suppose that we had full employment policies that gave people a choice of jobs or that workers’ right to unionize was taken more seriously by legislators and courts. It’s unlikely that many workers would have then opted for low pay and few benefits as a Walmart “associate.”

And then there is Jeff Bezos, who made Amazon into one of the largest companies in the world in large part by avoiding state sales taxes.

To be sure, there are people in the Fortune 400 who had great innovations that provided a genuine service to humanity, but they are the exception. As the old saying goes, behind every great fortune lies a great crime.

Gates further defends wealth inequality by pointing out his philanthropy. Interestingly, the philanthropy that he says makes the situation better could actually make it worse.

Take patent monopolies, one of the largest distortions in the market today. Each year they redistribute hundreds of billions of dollars upward while making lifesaving drugs very expensive. (Think of the hepatitis C drug Sovaldi, which is being sold for $84,000 for a 12-week course of treatment. The generic version sells for $900.)

A program officer at the Bill & Melinda Gates Foundation once told me in unambiguous terms that people there don’t talk about patents. When I expressed surprise, she explained the reason was the nature of its founder’s fortune.

Bill Gates may do much to make drugs available to the developing world. But if his foundation obstructs the development of more efficient mechanisms than patents for financing drug research, he may well end up making the situation worse rather than better. After all, it’s nice that he is making it easier for poor people to get expensive drugs, but the real problem is that the drugs are expensive in the first place. That would not be the case without patent protection.

While philanthropy may prevent the direct inheritance of most multibillion-dollar fortunes, the charitable giving of billionaires is unlikely to go to efforts that could undermine the basis of their wealth or their peers’. We may not need to fear that the next generations’ Fortune 400 will all be descendants of this generation’s billionaires, but we do have to fear that the rules will continue to be rigged so that this group and its lackeys in the 1 percent continue to control the bulk of the country’s wealth. That is not a pretty picture, even if it is not the nightmare Piketty warns of.

Dean Baker is co-director of the Center for Economic and Policy Research and author, most recently, of The End of Loser Liberalism: Making Markets Progressive.

• Will Serbia Turn to the East?