Payment for services rendered: Obama prepares to cash in on presidency 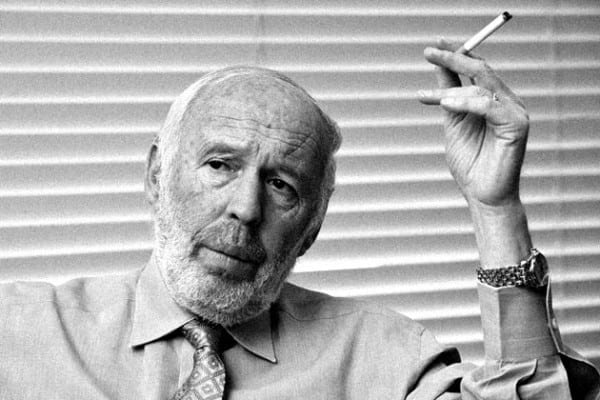 Why would an intelligent and hardnosed finance capitalist like James Simons be interested in supporting Obama’s post-presidential ventures? The idea that Obama, like many leading politicians, was “owned” by Wall Street is being confirmed by the latest revelations.

An article in the Monday edition of the New York Times, headlined “With High-Profile Help, Obama Plots Life After Presidency,” describes the ongoing discussions between the US president and groups of supporters and cronies about plans for Obama after he leaves the White House on January 20, 2017.

These discussion are “part of a methodical effort taking place inside and outside the White House as the president, first lady and a cadre of top aides map out a postpresidential infrastructure and endowment they estimate could cost as much as $1 billion,” the Times reports.

This figure was chosen after a review of the experiences of Obama’s immediate predecessors. Bill Clinton, according to this account, made the “mistake” of raising too little money initially for his presidential library in Little Rock, Arkansas, forcing him to make repeated fundraising appeals in subsequent years.

George W. Bush raised $500 million for his library, an ample sum, but “Obama’s associates set a goal of raising at least $800 million — enough money, they say, to avoid never-ending fund-raising. One top adviser said that $800 million was a floor rather than a ceiling.”

And that is only the funding for the library, to say nothing of the forthcoming Obama Global Foundation, apparently modeled on the vast and lucrative enterprise set up by Bill and Hillary Clinton, which has raised billions over the past 15 years.

It is therefore no surprise that, according to the Times, “The heart of the postpresidential planning is Mr. Obama’s own outreach to eclectic, often extraordinarily rich groups of people.”

Those named as consultants and likely future funders of Obama’s post-presidency consist mainly of billionaires and near-billionaires from Wall Street, Silicon Valley and Hollywood. The background and careers of these individuals give a glimpse of the social layer on which the Obama presidency rests:

Marc Lasry: hedge fund CEO, worth $1.7 billion. After getting his law degree, Lasry clerked for a bankruptcy court judge and developed expertise in how to exploit profit opportunities in the purchase and sale of distressed debt and other securities linked to bankrupt or failing companies. He founded the Avenue Capital Group hedge fund, which now has $11 billion under management. In 2014, Lasry made the Forbes list of top hedge fund bosses, making $280 million in income.

Reid Hoffman: Silicon Valley CEO, worth $4.8 billion. After joining Apple Computer in the 1990s, Hoffman worked on social network development, before cofounding PayPal, the payment transmission service, which made him a multimillionaire. After PayPal was acquired by eBay, he went on to found LinkedIn, the business and employee networking service, which made him a billionaire several times over. He coauthored a management volume last year that argued that previous business models were outdated and that workers should be recruited for “tours of duty” rather than long-term employment.

John Doerr: Silicon Valley venture capitalist, worth $3.3 billion. After working as a salesman at Intel, the largest maker of computer chips, Doerr joined the venture capital firm Kleiner Perkins Caufield & Byers, which raked in billions from investments in Google, Amazon.com, Sun Microsystems, Symantec, Twitter and other IT firms. A longtime Democratic Party fundraiser, he was appointed by Obama to the USA Economic Recovery Advisory Board.

Mark T. Gallogly: hedge fund CEO, near-billionaire. After a long career at the Blackstone Group, the world’s largest private equity firm, Gallogly became a cofounder of Centerbridge Partners, a $20 billion hedge fund specializing in leveraged buyouts and distressed securities. Centerbridge directly profited from the Obama administration’s restructuring of the auto industry, acquiring GMAC Commercial Finance, one of the fragments spun off by General Motors Acceptance Corporation, the financial arm of the auto giant.

James H. Simons: retired hedge fund CEO, worth $14 billion. The wealthiest of Obama’s business backers, Simons founded Renaissance Technologies, which pioneered the use of mathematical methods in financial market manipulation. According to his Wikipedia entry, Simons personally earned $1.5 billion in 2005, $1.7 billion in 2006 and $2.8 billion in 2007—about $6 billion in total during the three years leading up to the 2008 Wall Street Crash. During 2008 he made another $2.5 billion in income. 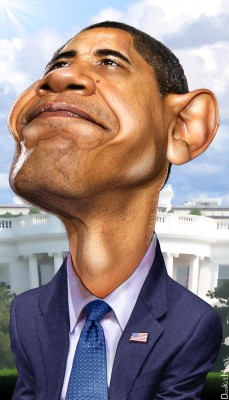 A loyal servant of the plutocracy, after all.

Why should these “extraordinarily rich groups of people” respond to “outreach” from Obama? The Times is too delicate to ask, let alone answer, this question. Perhaps it has something to do with the policies of the Obama administration, which have been based from the very beginning on promoting the fortunes of the billionaires, regardless of the impact on the rest of American society.

This was no accident. As the Times reported, “several aides close to Mr. Obama said his extended conversations over the lengthy dinners…reminded them of the private consultations Mr. Obama had with donors and business leaders as he sought to build a winning campaign.” In other words, Obama was groomed by the super-rich—as well as by the military-intelligence apparatus—before he was installed in the White House to do their bidding.

Obama made his promises, and then delivered on them. The 2008-2009 bailout of Wall Street, initiated by the Bush administration with Obama’s approval, and enormously expanded once the Democrat entered the White House, played the decisive role in safeguarding the wealth and income of the super-rich. Add to that the bailout of the auto industry, which made billions for key investors while autoworkers saw their pensions, health care and pay levels decimated.

In every significance sphere of activity, from the assault on public education to the arming of local police with military weaponry, from the kid-glove treatment of Wall Street in the Dodd-Frank law to corporate-controlled trade deals like TPP, from the buildup of a surveillance state at home to the waging of war after war overseas, it is the class interests of the financial aristocracy that drive the Obama administration.

There is no mystery why the billionaires are now flocking to assist Obama in his post-presidential career. It is payment for services rendered.

Patrick Martin is a senior political analyst with wsws.org.

Is the New U.S. ‘Law of War Manual’ Actually ‘Hitlerian’?