The media prostitutes were naturally happy to report with no commentary on the ridiculously extravagant funeral accorded Antonin Scalia, one of the most notoriously corrupt reactionaries in the history of the US Supreme Court, a man who facilitated, among other things, the coming to power of George W Bush and the global corruption and appalling destruction that followed.

The National Cathedral, a venue fitting a truly great person, now permanently defaced. The insult could not have been greater if the walls had been festooned with manure.

A nation that honors political criminals and grafters says a great deal about itself, and by that standard America belongs in a select group of  morally broken civilizations. But we know that already—don’t we?. In any case, here it is for the record. Watch—as much as your stomach will tolerate— and make a note of it. Some day true justice may come. Oh by the way, notice also that while the commercial networks provided abundant coverage of this non-event, PBS, in a show of its cowardice and shift to the right regaled the public with the most execrable amount of coverage, over 3 hours long. A powerful soporific in a age of treason. Well done PBS! 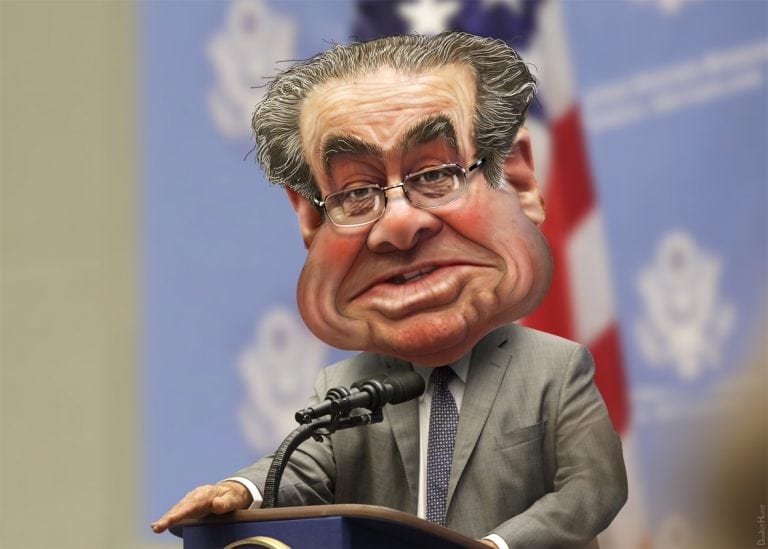 According national honors to Scalia is a disgrace. But hey, the man is a hero to conservatives, who own everything, and we also know that such folks see the world —conveniently—upside down. [CC BY by DonkeyHotey]

Lendman: The Syrian Matrix May Embroil the World in a Final War

I’m not sur exactly why but this web site is loading very
slow ffor me. Is anyone else having this roblem or is iit
a problem on my end? I’ll chheck back later and see if the problem still exists.