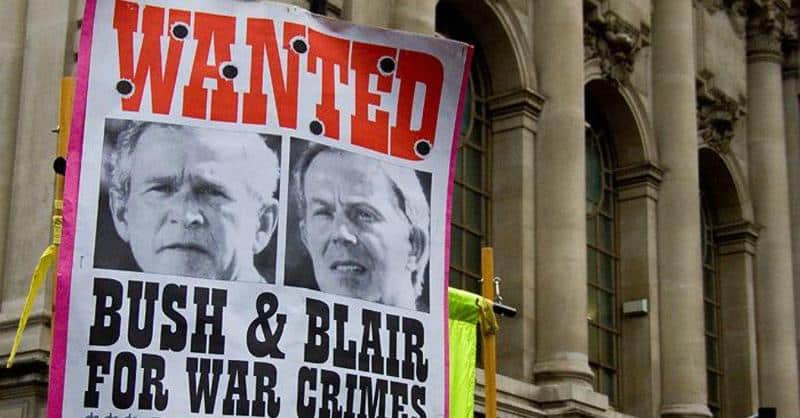 The mainstream media and Blairite elites in the Labour movement continue to paint socialists who support the ideas of Leon Trotsky as a toxic breed apart from Labour. When interviewed on Channel 4 News last week, Peter Taaffe the General Secretary of the Socialist Party was asked “do you think that Jeremy Corbyn wants someone back [in the Labour Party] who calls for a violent revolution to restore workers democracy?”

Here the journalist in question, Cathy Newman, was clutching at much chewed over liberal-straws by equating the demand for a political revolution with violence. As Taaffe pointed out, he had not called for a violent revolution, and she provided no evidence for this either, as she was merely repeating the well-worn lie that the Russian Revolution of 1917 was born soaked in blood. On this question, “Can a socialist revolution be peaceful?” the Irish Socialist Party explain:

“This was very much the case in the 1917 Russian Revolution. Despite what many bourgeois historians and history textbooks try to portray, the Bolsheviks patiently waited and agitated until they had majority support before they took power, and the violence that happened was orchestrated by a counterrevolutionary minority against them.” 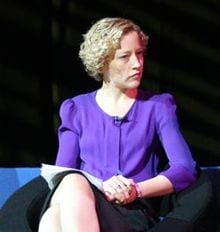 Newman: Loyally shilling for the system. Insulting anything that smacks of leftism.

“When I talk about revolution, I talk about a mass movement of working people organising to take power, and to take the resources of that society into their own hands. Bernie Sanders, in the US, spoke about the need for a political revolution. In my opinion, the movement around Jeremy represents that in Britain — an attempt to mobilise to take power away from the ruling-class.”

Cathy Newman then impolitely put it to Taaffe, “so would you describe yourself as a Trot?” to which he responded:

“Well, a Trot is used today as a term of abuse to stop people from thinking about the ideas that we put forward. I would say that I adhere to many of the ideas and methods of Leon Trotsky, but we [the Socialist Party] don’t live in the past, we don’t live in Russia, we live in Britain. We stand for the policies that address the issues of ordinary working people today.”

People like Deputy Labour Party leader Tom Watson, however, continue to fearmonger about so-called Trot-infiltrators burrowing away (“twisting arms”) within the Labour Party. In fact, the Blairites in the party are so concerned with democracy, that perhaps for the first time in history they “illegally banned its own members from voting in an election it promised them a vote in, then spent the money it took from those members on appealing to the High Court to try and keep the ban.” This led Mark Steele to suitably satirize these “extreme measures,” which apparently are…

“…essential because, as Tom Watson explained, the Labour election has been undermined by “Trotsky entryists twisting arms of young members”. This explains why Corbyn is expected to win again, because the 300,000 new members of Labour are powerless before the arm-twisting might of Britain’s 50 Trotsky entryists.

“Some people may wonder why these arm-twisters never overturned Tony Blair during the 15 years he was leader. That is because the Trotsky entryists were living in a city under the ground guarded by men in yellow boiler suits, perfecting their evil arm-twisting machine, cackling ‘soon we will unleash our power on Ipswich Constituency Labour Party then nothing can stop us… mwahaha’…”

[dropcap]B[/dropcap]ut Trotskyists like the predecessor of the Socialist Party, the Militant, have always played a central part in promoting working-class interests within the Labour Party.

Longstanding Labour Party activist Neil Fletcher recently had this interesting letter published in the Observer (August 14) where he explained:

“I became a Trotskyist after leaving grammar school but have continued to share the values and perspective of the socialist pioneer. I remain committed to the abolition of all grammar schools too. In 1974 I joined the local Labour party on the very day Ted Heath called a general election. I have remained a party member and avowedly a Trotskyist. During 42 years’ Labour party membership I have been (inter alia) constituency secretary, and ward political activities officer. I served eight years as a Camden councillor (for some time as deputy leader) and for 11 years as an elected member of the Inner London Education Authority (for three years as leader).

“Over the years I have never wavered in my belief that international socialism is crucial if the people are to take power away from the wealthy, the global corporations and the corrupt bigots who hate workers, the poor and the disadvantaged. Trotsky remains an inspiration. He detested Stalin and his violent abuse of state power; he was as a result murdered by a Stalinist assassin; he loved literature and was a believer in its power to elevate culture above social elitism. Trotsky wrote that the ‘moral grandeur of the proletarian revolution consists in the fact that it is laying the foundations of a culture which is above classes and which will be the first culture which is truly human’ (Introduction to Literature and Revolution). Not bad, eh? He was probably a Guardian reader too.”

On the same letters’ page, current Socialist Party member, Bob Labi, who served as the editor of Left, the Labour Party Young Socialists paper between 1971 and 1977, reviewed the successes of the Militant supporters in the past and outlined the link between the Trot-hating purger-in-Chief Tom Watson of old and the Trot-hating Tom Watson of today.

“While it is true that in the mid-1960s Labour’s youth movement massively declined (Letters, 12 August), the Labour Party Young Socialists grew dramatically in the 1970s and 1980s when it was led by supporters of Militant who had become its leadership in 1970. This revival came from a combination of increasing class struggle, radicalisation in society and serious campaigning. Soon nearly 2,000 young people were attending the LPYS’s annual conferences. This growth continued and the LPYS reached a high point of 581 branches in 1985, the time of the miners’ strike, youth protests against Thatcher etc.

“However, the growing offensive against the left by the pro-capitalist wing of the Labour party inevitably had a damaging impact on the LPYS. As it became clear that expulsions of individuals would not tame the LPYS the Labour party right wing resorted to rule changes. In 1987 the LPYS’s age limit was cut from 26 to 23 and most of its democratic structures were removed, with the result that by 1990 it only had 52 branches left, a reduction of 90% in five years. Tom Watson, then the Labour party’s youth officer, presided over the LPYS’s final liquidation and its replacement by Young Labour, an organisation without fully democratic structures and controlled by the party leadership. Watson’s support now for limiting the franchise for Labour’s leadership election shows his preference for top-down methods when he and his supporters cannot build grassroots support.”

NOTE: ALL IMAGE CAPTIONS, PULL QUOTES AND COMMENTARY BY THE EDITORS, NOT THE AUTHORS
PLEASE COMMENT AND DEBATE DIRECTLY ON OUR FACEBOOK GROUP INSTALLATION
ABOUT THE AUTHOR
Michael Barker recently stood as parliamentary candidate for the Trade Unionist and Socialist Coalition (TUSC) in Leicester East.