The eastern Syrian city of Deir ez-Zor has been besieged for over three years now initially by the entire rebel coalition and since early 2014 by ISIS alone.

Despite the over 100,000 civilians in there who are completely cut off and threatened by the ISIS savages the city has received next to no attention in the western press on the account of being defended by the Syrian army.

The defenders are in trouble right now — more trouble than usual that is. In a characteristic charge supported by suicide car bombs ISIS has managed to cut the Syrian army positions in two and isolate the adjacent airbase from the city proper. Cut off Syrian army bases have managed to hold on for many months so the veteran soldiers in Deir ez-Zoir’s should be fine for now, but ISIS gains leave the city which has been long reduced to resupply via airdrops along with the occasional helicopter landing at its most vulnerable since the siege was put up more than three years ago.

The Russian air legion in Syria at least is doing everything it can to halt ISIS. An unprecedented intensity of Russian strikes is being reported as heavy fighting takes place on the ground. 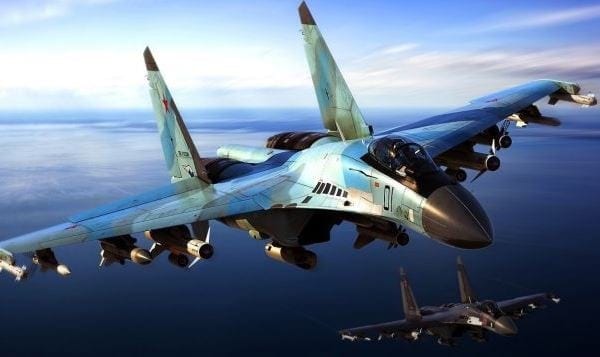 So far the Americans are nowhere to be seen. In September US bombed Syrian army positions on strategic high grounds outside the city killing up to 100 fighters and allowing ISIS to take them.

Data from US’ own investigation indicated the bombing of Syrians was deliberate. The US investigator who was soon to be transferred under the commanded of the general who ordered the strike nonetheless concluded the strike had been a mistake.

ISIS is under attack in Mosul and being squeezed around Raqqa. The long-encircled Deir ez-Zor is one of the few remaining places where it can hope to score a victory.