How Patients Who “Kill the Messenger” Are Pharma’s Best Salespeople 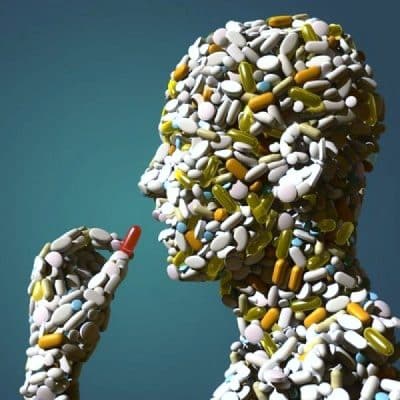 “Prince was not addicted to pain medication. Prince had a medical condition — chronic pain –which is criminally under-treated…. Physical dependence is not addiction.” So reads one of many articles that defend opioids and blame their restrictions for the nation’s opioid crisis. Right.

When journalists present evidence of a prescription drug being dangerous, ineffective, unethically marketed and even unnecessary we are often met with: “How dare you suggest I am not sick?” “You’re not taking my drugs!” They sound like gun advocates whose response to better background check laws for guns is “you’re not taking my gun.”

Thanks to aggressive Pharma marketing, seven out of ten Americans now take a prescription drug and many of the drugs are far from safe.

* Statins are linked to memory loss

* SSRI antidepressants are linked to suicide

Pharma has succeeded, through millions of dollars of advertising, in doing two cagey things: it has convinced people who might actually be fine that they have “depression,” GERD and other conditions and it has downplayed the risks of drugs to treat those conditions. Pharma’s maneuver affects more than the drug takers–it raises everyone’s health care costs and taxes through selling expensive, brand-name drugs. Usually safer and less expensive drugs are available–if people even need drugs at all. Often they don’t.

Consider SSRI antidepressants. Before the advent of Prozac, depression was not a permanent condition for which people took life-long drugs. It was a self-limited condition that would go away on its own, respond to psychotherapy and/or respond to short-term drugs. Now, roughly a quarter of the population takes antidepressants, sometimes, shockingly, for decades. Often their “depression” is really problems with money, health, jobs and family. When SSRI antidepressants stop working because they have been used for too long or don’t work to begin with because the person never had “depression,” Pharma tells patients they need to add more expensive drugs, furthering profiting, and patients comply. No wonder Pharma is the third most lucrative industry in the US.

Whereas it takes thirty seconds for a doctor to prescribe such psychoactive drugs, it can take years for a person to titrate off them, faced with a host of very unpleasant withdrawal symptoms. SSRI antidepressants also cause weight gain, sexual dysfunction and sometimes bizarre and violent behavior.

Psychoactive drugs are especially dangerous in children. Today, millions of children are given drugs for ADHD, oppositional defiant disorder, obsessive-compulsive disorders, mixed manias, pervasive development disorders and more, pushed by their parents, doctors and teachers. Their chances of going on to lead drug-free lives are very slim—-they have never been “straight”—- and Pharma has actual marketing plans to keep children on such drugs as life-long customers when they leave home.

GERD medicines (proton pump inhibitors or PPIs) which millions have been convinced to use are linked to dangerous “C dif” infections, osteoporosis, bone fractures and an increased risk of death. Like statins, which were among the most popular drugs in the world, GERD meds are not as safe as originally presented. Worse–most users do not have GERD but simple heartburn.

And opioids? In addition to addiction and death, they are linked to hormonal changes, constipation, a decrease in immune responses, fracture risks, liver and kidney risks, cardiopulmonary, pulmonary and congestive heart problems, sleep apnea and mental problems. In some cases, opioids actually cause rather than relieve pain a phenomenon called opioid-induced hyperalgesia (OIH).

After a recent scientific study found “Adult ADHD” to be exaggerated if it exists at all this is what one patient wrote:

“Executive dysfunction [adult ADHD[ is real and f***you for suggesting otherwise…You should feel really bad for publishing this f*** abomination. Way to invalidate millions of people and their lived experiences.”

Rather than anger at doctors who hooked them on opioids or ADHD stimulant drugs like Adderall, Concerta and Vyvanse, these patients want to kill the messenger––journalists who report the scam. And Pharma likes that just fine.

ABOUT THE AUTHOR
Martha Rosenberg is an investigative health reporter. She is the author of  Born With A Junk Food Deficiency: How Flaks, Quacks and Hacks Pimp The Public Health (Prometheus).