Why Do Democrats Want to Sabotage North Korea Talks?

Amazing how partisan politics shape this country’s foreign policy. Seven Democratic senators have written the president urging that any agreement signed with North Korea must be permanent; must be subject to “anywhere, anytime” inspections of all nuclear-related sites and facilities; and must include the dismantling and elimination of all of the regime’s ballistic missiles and programs.  (One thinks of Mike Pompeo’s demands on Iran to renegotiate the Iran Deal by making infinite concessions.) 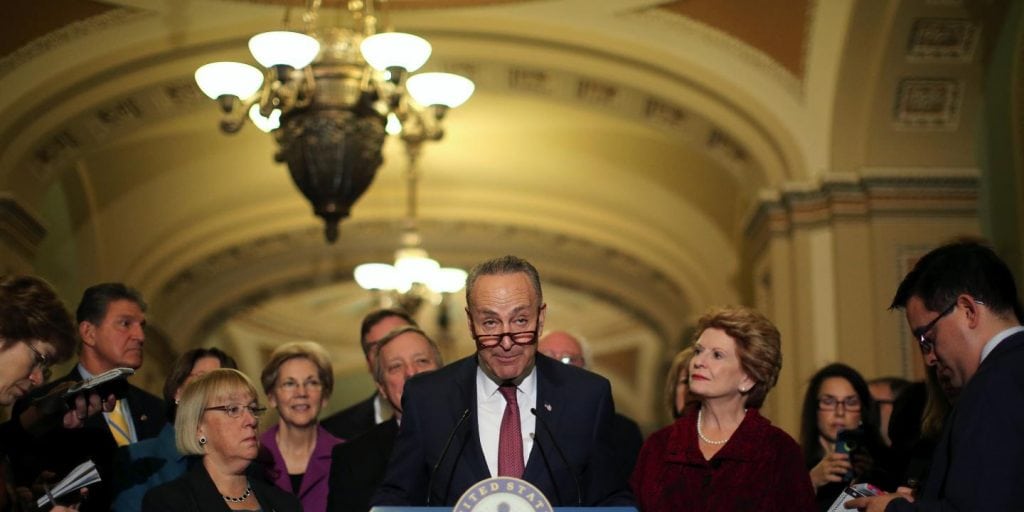 It is a tit-for-tat for the solid Republican opposition to the JCPOA in 2015. Five of the seven senators (Durbin, Warner, Feinstein, Leahy, and Brown) had voted for the Iran agreement while two (Schumer and Menendez) had been among a mere four Democrats to (expressing devotion to Netanyahu) vote against. So this is a display of Democratic unity towards the end, not of bringing permanent peace to the Korean peninsula, but to make it as difficult as possible for an unpopular beleaguered president to score a diplomatic triumph (which could shift momentum to the Republicans in the interim election).

There are Democrats (and some Republicans alike) praying for failure in Singapore, worried, they imply, about an ill-prepared impetuous commander-in-chief giving up the family jewels over bulgogi and kimchee. At the same time due to calculation (Bolton) or dumbness (Pence) top Trump administration officials (plus his personal lawyer Giuliani) have worked to sabotage the summit by deliberately insulting Kim Jung-un and the DPRK in the weeks leading up to it.

The big picture is that the United States under Trump abruptly entered a period of aggressive exceptionalism involving unilateral withdrawal from treaties; provocation of trade wars; broadcast of insults against close allies; harsh measures against undocumented immigrants and the imposition of discriminatory rules on Muslim entry into the U.S.; and a general tendency to reflect the sentiments of a benighted political base. This has alienated Europe in general, as well as Mexico and Canada, the U.S.’s top two trading partners.

Meanwhile, it has positively alarmed many in the (truncated) State Department and in the U.S. polity as a whole. The “mainstream media” incessantly attacks Trump’s “foreign policy.” That is, the U.S. is in a situation we might call naiyu gaikan (troubles within and without). This is how Japanese historians describe  Japan in the early 19th century, when the regime of the shogun faced both internal dissent and weakness and challenges in foreign relations. In part the latter resulted from a policy of what we might call isolationism. This period resulted in the toppling of the regime.

The U.S.’s external troubles now involve the fraying of alliances; Emmanuel Macron has actually suggested that G-7 could become G-6. The internal troubles include the Russia investigation, Trump’s (other) legal problems and the prospect of impeachment, massive disillusionment of youth by the very nature of the capitalist system, widespread if not universal contempt for Trump among women due to his manifest misogyny, widespread indignation among African-Americans at Trump’s obvious racism, widespread opposition from Mexican-Americans and other Hispanics due to Trump’s crazy wall plan and related issues, and not least the president’s inability as a manager to put together a disciplined team. Part of the problem is that the chaos which is Trump’s mind is reflected in the chaos in the White House West Wing.

In this context, seven Democratic senators—reflecting both external and internal troubles—address the president demanding that any deal he makes with Kim meet (unrealistic) specifications for their approval. They see the world they’ve known toppling around them due to Trunp’s iconoclasm, and they want to do some smashing too. And because they feel no responsibility to the planet, but merely to their own re-elections, they abet the national decline relative to the world.

Practically the only good thing the world sees in Trump is his unexpected openness to talks with North Korea.  The prospect of a successful summit delights most people, including the leaders of China, South Korea, and Russia. That Feinstein & Co. should already be throwing cold water on any results shows how out of touch they are with the world, and how much they overestimate the extent of U.S. power. There seems to be a bipartisan embrace of idiocy. All the congressional bickering and the media’s incessant harping on Trump (to the exclusion of attention to matters such as war in Yemen, Italian elections, mass protests against Macron’s policies in France, horrible events in Gaza, Amnesty International’s report on the bombing of Raqqa, etc.) are a cacophony of sounds  as pathetic as the strains of the Titanic ensemble as the ship went down.

You hear in those sounds two (bipartisan) choruses of discordant voices that cumulatively tell the world, “Yes, we’re sinking. But we don’t know it, or we don’t care, and if it happens we’ll take others down.” There is no principle or decency but rather sheer opportunism. This could lead to either to an apocalypse or to ongoing imperial decay. One must hope for the latter.

Gary Leupp is Professor of History at Tufts University, and holds a secondary appointment in the Department of Religion. He is the author of Servants, Shophands and Laborers in in the Cities of Tokugawa Japan; Male Colors: The Construction of Homosexuality in Tokugawa Japan; and Interracial Intimacy in Japan: Western Men and Japanese Women, 1543-1900. He is a contributor to Hopeless: Barack Obama and the Politics of Illusion, (AK Press). He can be reached at: gleupp@tufts.edu

THE AMERICAN EXCEPTIONALISM MYTH AND THE SELLING OF U.S. DOMINATION

Do Black people get shot by police just...