This important issue was covered already on TGP in an article by Caitlin Johnstone: White House: US, Ecuador Coordinating About Future Of Assange Asylum. However we publish Stephen Lendman's take on it because it bears repeating, in particular the betrayal of prominent faux progressives like Ed Markey (MA), long regarded by many Democrats as a solid champion of anti-imperial causes. California's Diane Feinstein, of course, has a long record of close collaboration with the Deep State, much of it connected with the passing and reinforcing of homeland security fascistoid legislation and in support of CIA initiatives, while pretending otherwise. 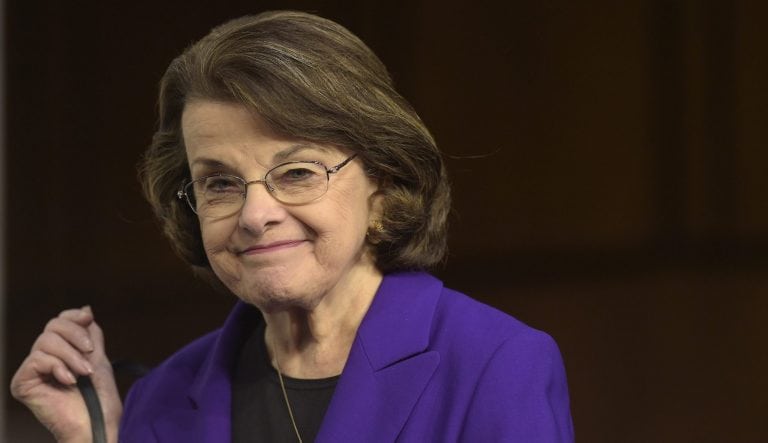 Feinstein: The very definition of a treacherous Democrat. They don't come any more egregious than this.

Hell has no fury the equal of undemocratic Dems’ betrayal of peace, equity and justice they abhor – along with their contempt for rule of law principles and democratic values.

None of the above are fit for any public office, using the positions they hold as a platform for supporting lawlessness, ruthlessness and recklessness.

In a June 27 letter to hawkish neocon extremist Mike Pence, ahead of his visit to Ecuador, they urged him to build on the transformation of the country to a US vassal state under turncoat president Lenin Moreno, along with pressing him to end Julian Assange’s asylum in his country’s London embassy, saying:

The accusation was indisputably exposed as a colossal US intelligence community/undemocratic DNC/sore loser Hillary Big Lie – compounded by the undemocratic Dems adding:

WikiLeaks is a publisher, a media operation the way it should be, focusing on truth-telling, suppressing nothing everyone everywhere has a fundamental right to know.

It’s a responsible whistleblower, publishing material supplied by sources left unidentified for their protection. It’s not an intelligence operation. There are no spies on its staff or paid to supply information. 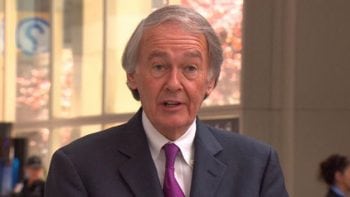 Markey: another major phoney, this one from Mass.

It’s media the way they should be everywhere, polar opposite Western media propaganda machines, serving monied and imperial interests, betraying their readers and viewers.

Pompeo earlier lied claiming Assange and Edward Snowden did “great harm to our nation’s national security, and they will continue to do so in the long term.”

As CIA director and Secretary of State, he wants them denied due process and equal protection under law.

Before Ecuador’s Moreno regime cut off Assange’s ability to communicate by phone, Internet, or directly with visitors other than his attorneys, he tweeted:

Calling WikiLeaks an intelligence service “is equivalent to suggesting that the CIA is a media organization. Publishers publish what they obtain. Intelligence agencies do not.”

“WikiLeaks is famous for its accuracy and its publishing boldness…(I)f the ‘Pompeo doctrine’ applies to WikiLeaks, then it applies equally if not more so to other serious outlets.”

Responsible dissent, truth-telling on vital issues, and whistleblowing are the highest forms of patriotism.

In 2012, the Obama regime disgracefully declared Assange an enemy of the state, forcing him to take refuge in Ecuador’s London embassy to avoid unjust arrest, extradition to America and imprisonment to silence him – not for any crimes.

In the US, innocence beyond a reasonable doubt is no defense when dark forces running the nation demand it.

Under Obama, a secret grand jury indictment of Assange, allegedly accused him of spying under the long ago outdated 1917 Espionage Act, enacted shortly after America’s entry into WW I. It prohibited interfering with US military operations, supporting the nation’s enemies, promoting insubordination in the ranks, or obstructing military recruitment. Its most controversial provisions were later repealed. It remains the law of the land, used to charge, prosecute, convict and imprison Chelsea Manning unjustly.

Assange faces the same fate if extradited to America. Anyone exposing US high crimes and/or other dirty secrets Washington wants suppressed is vulnerable.  Challenging the nation’s policies, no matter how heinous, risks severe punishment.

The above named undemocratic Dem senators disgrace the office they hold – together with most others in Congress, reflecting bipartisan complicity for wrong over right, might equals right, and privileged interests alone served at the expense of most others.