[dropcap]I[/dropcap]srael has evacuated hundreds of members of the controversial Western-backed White Helmets from Syria to Jordan to be resettled later in the UK, Canada, and Germany, according to statements from Tel Aviv and Amman.

Emmanuel Nahshon, a Foreign Ministry spokesman, had confirmed on Twitter that “Israel has completed a humanitarian effort to rescue members of a Syrian civil organization (“the White Helmets”) and [their] families.” He chose not to disclose further details, adding only that the evacuees have been brought “to a neighboring country.”

Upon request of the US, Canada and European states Israel has completed a humanitarian effort to rescue members of a Syrian civil organization (“ White Helmets”) and families. They were evacuated from the war zone in Southern Syria to a neighboring country https://t.co/bUjggzBe33

Jordan, for its part, [as a longtime satellite of the West in the region] has also acknowledged that it allowed the UN to arrange for the entry and passage of 800 Syrian “civil defense workers,” according to Reuters, citing Mohammad al-Kayed, spokesman for the Kingdom’s Foreign Ministry. The Jordanian authorities later revisited the numbers, saying that only 422 White Helmets members have actually made it into the country.

Amman acceded to give them temporary asylum in the country before they settle in the West.

Earlier, Al-Kayed said that Jordan had granted the request on purely humanitarian grounds after Britain, Canada and Germany each reportedly pledged to take in a share of the White Helmets fleeing what they describe as potential persecution by Damascus. Last month, Jordan, which already hosts some 1.3 million displaced Syrians, said it won't take any more in, stressing the need for a "political solution."

On Sunday morning, the IDF’s Twitter account confirmed that Israeli forces had evacuated “members of a Syrian civil organization and their families” at the request of the US and “additional European countries.” In a number of subsequent tweets, the military said that some “civilians” were rescued from southern Syria “due to an immediate threat to their lives,”and because Israel wanted to make “an exceptional humanitarian gesture.”

The civilians were evacuated from the war zone in Southern Syria due to an immediate threat to their lives. The transfer of the displaced Syrians through Israel is an exceptional humanitarian gesture

The civilians were evacuated from the war zone in Southern Syria due to an immediate threat to their lives. The transfer of the displaced Syrians through Israel is an exceptional humanitarian gesture

It did not clarify to which organization, if any, the evacuees belonged.

German tabloid Bild reported that hundreds of self-described aid workers operating exclusively in rebel-held areas crossed into Israel from southwestern Syria overnight on Sunday, citing its own correspondents in the Israeli-occupied Golan Heights.

The White Helmets' passage has been facilitated by Israel, according to Bild, which reports they have been transferred through an Israeli military base. The evacuation kicked off at 9:30 pm local time on Saturday and was expected to continue into the night. Several roads were put on lockdown by the army and police as part of preparations for the exodus.

Israel previously admitted that it has been providing humanitarian assistance to Syrian militants, treating over 1,000 wounded rebel fighters in its hospitals. According to Israel's ex-Defense Minister Moshe Ya'alon, the assistance was granted under the condition that the militants would not let Islamic State (IS, formerly ISIS/ISIL) and Al-Qaeda affiliated fighters slip into Israel and would not do any harm to the population of Druze villages.

However, Israel has been adamant about not taking in Syrian refugees, with hawkish Defense Minister Avigdor Lieberman stating last month that while the Jewish state keeps providing "humanitarian aid to civilians, women and children" camped on the Syrian side of the border, it "will not accept any Syrian refugee to our territory."

It was supposed that the White Helmets will not stay in the Jewish state for longer than is needed to transport them to the Jordanian border.

Once in the Jordanian territory, the Syrians will be confined to a specially designated restricted area where they will stay for a maximum of three months until handed over to one of the Western countries, Al-Kayed noted, adding that the scheme should not place any additional burden on Jordan, as the organization of their passage has been arranged by the UN.

It's yet unclear how the members of the White Helmets, who have on multiple occasions been reported as dealing with Al-Qaeda-linked militants, will be distributed among the potential recipients, with Bild reporting that it is yet unknown how many of them will come Germany's way.

A looming evacuation of the White Helmets from Syria was first reported by CBS News on July 14. The broadcaster reported that the issue was raised by US allies in conversations with US President Donald Trump on the sidelines of the two-day NATO summit on July 11- July 12.

Select Comments (original thread)
Some of the comments are so good and spot on we could not resist bringing them to you, as well.

White Helmets will still be needed in their new home countries in EU, as the new Gladio/ISIS forces will commit new atrocities and mass murders there to give an excuse for introducing State of Emergencies, and police and surveillance states.
Thats why US allocated $200 mio recently to support their sleeping cells ..................................LOL.

But why should you care as long as you have money enough to buy a pair of light blue Nike shoes.

Holland Describes the White Helmets Rescue as a Great Act of Civilised Western Behaviour: IsraHell the “Good Samaritans”... the White Helmets who have done so many Good Things for Humanity, by saving Hundreds of Thousands of Syrians from the Evil Mr. Assad... Were Saved by IsraHell and ofcourse the U.S., Canada, the United Kingdom, France & Germany....Thanks to these Countries these 800 Headchopper’s Red-Crescent Moon, Saviours of the World and Nominees for the Nobel Peace Prize... the Best of the Best Mankind ever produced will find a Happy Home and Warm Welcome in One of the European or American Countries and they Deserve it for being such Kind, Warm & Caring People!.. Long Live the Brave Heroes of the White Helmets...also Thanks to Prime Puppetician Mark Rutte & his ZioNazi Supporters... 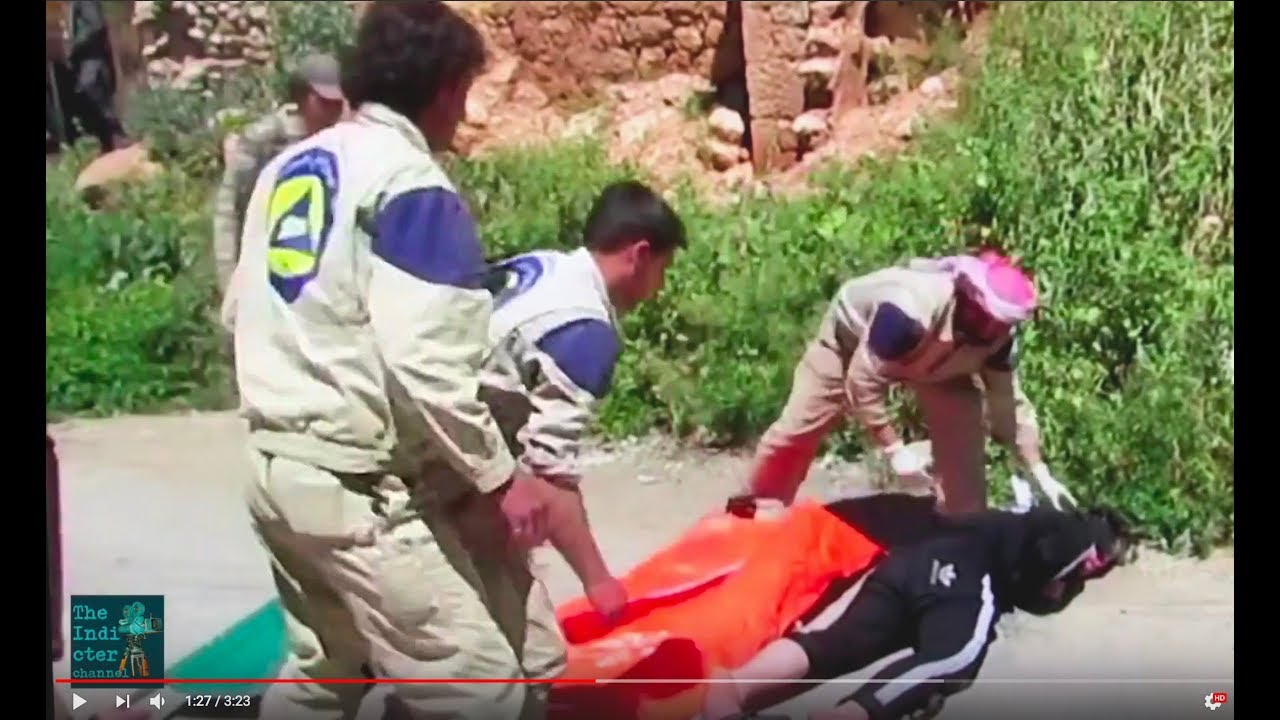 The favourite rescue team of Western nations in Syria - the White Helmets - have been lauded with yet more praise, despite having dubious connections to militants. While the West has long supported the group, there's wide debate over the White Helmets' online image and its real intentions. Some members feature in cute clips of them feeding homeless cats - but others have been spotted with militants We spoke to researcher and journalist Vanessa Beeley, who's recently been on a fact-finding trip in Syria. She says there are clear indications on the ground that the White Helmets are siding with terrorists.
[/su_panel]
HAHAHAHA! YOU WERE AFRAID THEY WERE GOING TO SING LIKE CANARIES WITH A LITTLE INTERROGATION...RIGHT WEST?! This is the Real Reason why you saved them...no worries there is Plenty of Evidence of YOUR INVOLVEMENT ALREADY...sweet dreams bitchesss

The Democratic Party’s Pitch to Billionaires