So now the Brits are saying, right on the eve of the Idlib battle—how convenient!—that they have their suspects in the Skripal affair. And they are two Russians. Yawn. What else could it be? Does anyone have any problem with that?

For many months the Skripal affair—an obvious and cynical psyop—has been used by the Anglo-Americans to blacken the name of Russia. In this sordid operation the British ruling cliques, who have long abjectly integrated themselves into the US empire as sidekick imperialists, were happy to play point man to set and spring up the trap. As in Russiagate, the fact that there has never been any credible evidence linking the nerve attack on the retired spy and his daughter to the Russian government, especially a sensible motive, and that all internationally accepted norms of respect for process have been haughtily violated, has made absolutely zero difference to a Western media bent on playing judge and executioner on Moscow, and especially Putin. 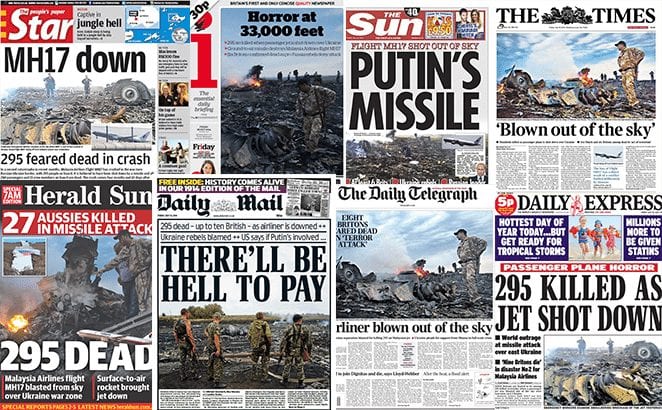 The western propaganda pack in action.

The whole situation could be termed tedious if it were not for the dangerous implications of such inflammatory propaganda in a world already sufficiently saturated with short fuses ready to detonate a huge conflagration.

None of these weighty considerations seem to bother the corrupt government of Theresa May, an obedient puddle following Washington's instructions at every turn, and a politician that typifies the current shameful vassalage afflicting Europe in the age of imperialist decomposition.

As you may remember, the British press and its sisters around the "Free World" ran this repugnant script before with the tragic case of Malaysian airliner MH17. On that occasion Moscow and its proteges, the Novorussians, were instantly accused of having downed the liner, mere geography being the clinching argument. An orgy of accusations drowned all reasonable discussion of the available facts, as the media beat up the drums for a hanging while the Dutch (normally a cool, balanced people, who had suffered a big loss in the airplane tragedy) began to be whipped into a frenzy.  A little later, as more facts started to pile up, all pointing to some ugly operation masterminded by the proudly criminal neonazis in Kiev in cahoots with their sponsors in Langley, and who knows what other tentacle of NATO (inconvenient things like the high probability that MH17 had been shot down by Ukie fighters and not a ground to air missile as originally charged), did a curtain of silence begin to fall on the event, including, again, a denial for the Russians to cross-examine any of the evidence pronouncing them guilty.

As for the Skripals, they have been kept in virtual isolation for months, de facto prisoners of the british authorities, cut off from media and—in the case of daughter Yulia, still a Russian citizen—of access to Russian government officials. That in itself is a high-handed contravention of all international norms, yet it has received little mention. What have the Brits been doing to the Skripals? Coercing them? Threathening them? Bribing them to go along with the botched op and play witness for the prosecution? Drugging them to alter their behaviour? The possibilities are now many in a world adept at using such low-down tactics, not to mention psychotropic drugs—to allow the powerful to get what they want.

The last page of the Skripal affair is not written yet, of course. Now we see that the brains in the Anglo-American intel establishment have decided to put their investment to further use with the same intent: blackening the name of the Russians, which is all part of the same, longstanding game, to apply soft power to dent and if possible neutralise the ability of Russia to project its own diplomatic, economic and military capabilities across the globe. The fact the vampires in the Western intel services are drumming up more ways to blacken Russia's name precisely on the eve of a planned Syrian offensive to finally cleanse their country of Western-supported jihadists—currently concentrated in Idlib province—is indicative of the high probability of some very ugly, much larger intervention by Washington and its accomplices to defeat or block such campaign.  Or, as they have pretty much openly admitted, to keep the bloodletting going for as long as possible.

Under such circumstances, the presumed  perfidy of the Russians is just a smokescreen to justify the real depraved perfidy of the Western alliance and whatever violence they are plotting at this point. I shudder to think what these bastards are planning to inflict on a small and heroic nation they have virtually destroyed. Everyone with an atom of decency should stand up and support independent, sovereign Syria in this terrible hour of need.

About the author
Patrice Greanville is editor in chief and founding editor of The Greanville Post. Publisher of the first US radical media review, Cyrano's Journal, he has been fighting corporate lies and confusion for almost five decades, and the job keeps getting worse.

The Greanville Post is one of the best edited political blogs in the anglophone world. No one surpasses our standards. 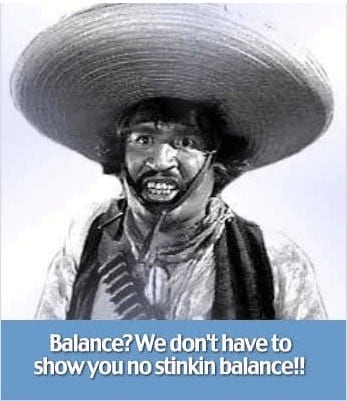 Psychic Nikki Haley: If There Is A Future Chemical Weapons Attack, Assad Did It

WTF? Why Adulate this Warmonger?

I too follow the little available news of the upcoming battle in Syria’a Idlib province. My question since news of Syrian preparations and now the bombing and shelling of the area controlled ny US proxies has been and remains: what will Russia and Iran do? Based on past experiences, it would seem that a powerful intervention by Syria and its Allies allies will crush Daesh resistance and confirm the defeat of the US Syrian policy, whatever its consequences on the US political scene.