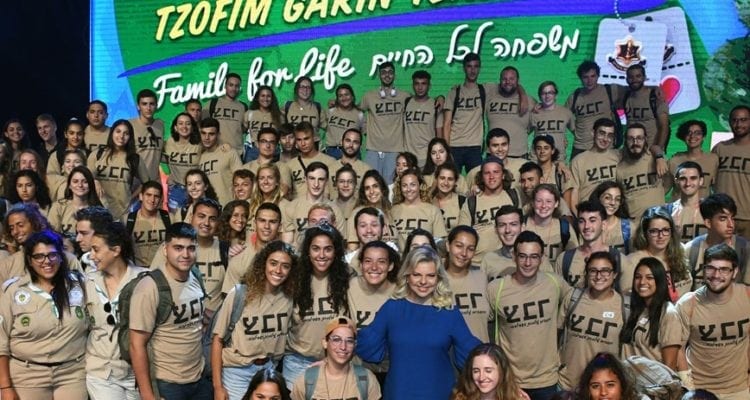 “You always find that a lot of Lone Soldiers tend to be a little crazier,” Yosef, 23, told me in an American accent over the telephone using the slang term for young enlistees in Israel’s army who have no family in the country.

I met “Yosef” after posting an advertisement on one of the many Facebook support groups for Lone Soldiers. Dozens were eager to talk about their personal reasons for voluntarily joining the Israeli military. My Facebook inbox flooded with current and veteran soldiers from the Israeli military. I spoke with eight Americans who left their lives in the U.S. behind to fight for Israel. Because all asked to remain anonymous, their names have been changed for publication.

Yosef was one of the most candid interviews.

Interview after interview it became clear that most saw themselves as de facto Israeli spokespersons. They related positive images of Israel and underscored an existential need to defend it.

Some talked about how their perceptions of Israel stemmed from their families and the broader Jewish community in the U.S. All of the interviews were conducted over the phone with current or veteran soldiers who were either in Israel or the U.S.

“My parents and everyone else talked about there being very little chance of peace in Israel because no matter what is given to the Palestinians, they will request more and will not rest until Israel is not on the map” another lone soldier, a combat commander in his 20s from Illinois, said.

Others said they did not have an extensive grasp of Israel’s history and the conflict with Palestinians before enlisting.

“I really did not know anything about Israeli history – how this place was founded, what happened, what was really going in the conflict – apart from random news pieces,” said Rachael, a 25-year-old combat researcher from New York. “I really hate reading the news.”

Despite having no family in Israel, and most of them without any functional knowledge of Hebrew upon entry, the number of Lone Soldiers in the Israeli Defense Forces (IDF) is growing. Since 2013, new immigrant recruits have been increasing between 5 and 10 percent each year. Last year more than 1,200 enlisted. Currently 2,800 foreign nationals serve in the Israeli military, of whom 25 percent are from the U.S.

Lone Soldiers are, “a lot more ‘run at em’ type… they have that fire…” Yosef said, hesitating to add that he’s not sure if this “fire” has to do with a specifically American attribute or if these young fighters are just excited about serving in the Israeli military. “But you see a little bit of that, I don’t know, spark of crazy.”

Some talked about how their perceptions of Israel stemmed from their families and the broader Jewish community in the U.S. All of the interviews were conducted over the phone with current or veteran soldiers who were either in Israel or the U.S. “My parents and everyone else talked about there being very little chance of peace in Israel because no matter what is given to the Palestinians, they will request more and will not rest until Israel is not on the map” another lone soldier, a combat commander in his 20s from Illinois, said. Others said they did not have an extensive grasp of Israel’s history and the conflict with Palestinians before enlisting.
Yosef is from New York, but today in Israel he serves as a combat soldier. He said he initially moved to escape his family life in the U.S. “A lot of Lone Soldiers will tell you either that [they] wanted something meaningful to them or that they wanted to get away from America.”

While enlisted, Yosef interacted with other Lone Soldiers. There are a few in his army unit and he met more from the many Lone Soldier support groups, like the Lone Soldier Center.

Yosef explained, there are three broad categorizations of young people from abroad who chose to enlist in Israel: “Type A” he said are purely motivated by Zionism. They are not running from turmoil in their home countries and personal lives. This type of soldier is, “just coming to Israel to draft because he thinks that it’s the right thing to do,” he said.

The second, “Type B,” Yosef continued, are soldiers who have problems in their home lives and they “kind of like Israel.” To them, enlisting “sounds like a really cool experience.” This is more of a “why not?” group and Yosef said this classification applies to him.

“Then there’s ‘Type C’ which is like, ‘I’m crazy and I kind of just want to go shoot some stuff,’” Yosef stated bluntly.

[dropcap]M[/dropcap]ordechai, a 26-year-old veteran Lone Soldier from Ohio, joined the IDF in 2012. His decision was made back when he was eight years old and visited Israel, which happened to be during the second Intifada. An experience of being in Jerusalem the same day a bomb went off in the city convinced him Israel needed defending.

When asked who Israel needed defending from, he said, “I think that every person who calls himself a Palestinian is making themselves an enemy of Israel.”

When asked the same question Yosef spoke of threats from the Arab world. “These are people that their idea of a peaceful country is something else.”

Not giving up without a fight

[dropcap]L[/dropcap]one Soldiers gained notoriety about a decade ago when Michael Levin, a 22-year-old paratrooper from Philadelphia, was killed in combat in Aita al-Shaab in southern Lebanon in the 2006 Lebanon War. His death initiated the creation of the Lone Soldier Center in 2009, an Israeli non-profit organization focused on supporting Lone Soldiers during their service.

More recently, during the war on Gaza in 2014, a Lone Soldier from Los Angeles, Max Steinberg, was killed in Gaza while serving in the Golani brigade. Although he was initially rejected from the elite unit his mother, Evelyn Steinberg, explained at a Memorial Day ceremony in Jerusalem earlier this year that he was persistent. She said that when a recruitment officer asked him what other unit he wanted to enlist in, he said “nothing,” adding, “stop asking me the same thing. Send me home or send me to jail.”

Apparently it isn’t always easy to just up and join the military, but for American Lone Soldiers who have their heart set on fighting in a particular unit they don’t give up so easily. “A Golani warrior he became,” Evelyn Steinberg said of her late son.

Another Lone Soldier from the U.S., Rachel, also experienced difficulty in getting accepted into the military, for being “old,” she said. She was 24 when she enlisted and signed up for duty, the day after her plane landed in Tel Aviv. When she went to the recruitment office she was immediately turned away. She said, the “18- or 19-year-old in charge of processing immigrants laughed at me and said, ‘no, I know what your college is – what are you doing with your life? Go home, don’t waste your time here.’”

Undeterred every single day for the next month she went back, putting notes on the cars of the head officers and waiting for them to enter the office. “I was the famous crazy American there.”

[dropcap]I[/dropcap]n a mini-documentary about Lone Soldiers produced by the teen Israel advocacy group Write on for Israel, Retired Israeli Defense Forces Lt. Col. Mikey Hartman, Founder of the IDF Shooting School and retired Lieutenant Colonel, explains how he decided to join the Israeli military. Born and raised in Los Angeles, Hartman reminiscences about enlisting after watching an action film when he was in high school.

“I think it was the 10th grade. I saw a movie on TV called Raid on Entebbe,” Hartman said with a slight glimmer in his eye. “And this was great stuff. There’s heroes running and saving hostages. Seeing that, I said ‘That – I want to be that. I want to be a hero. I want to be a sniper in the Israeli army.”

The appeal of becoming a Lone Soldier, “also comes from a little bit of a misconception of what the Israeli army is,” Yosef, the lone soldier admits. Young Americans hear about the strength and prestige of the Israeli army and think it will be fun to go to war – to do something with their lives, he relates.

Some want to reenact a movie or video game. An 18-year-old American might think, “‘Oh, I’m gonna go to war and I’m gonna shoot this and I’m gonna play Call of Duty,’” Yosef mimicked. “And then you get to Israel and then all of a sudden you realize that it’s not that. It’s real.”

[dropcap]A[/dropcap]ccording to Dr. Dana Grosswirth Kachtan of the Sociology and Political Science departments at Open University, Israel, “The way that the Israeli military is conceived in the world, it [is] still regarded as a very unique and strong and competent military, so to be a part of this can be very appealing.”

Kachtan’s research focuses on the construction of military identity, specifically the combat soldier identity. Through her research she found an intersection between the organizational culture of the military brigades, ethnicity and masculinity.

According to Kachtan, military is still one of the main organizations in constructing masculinity. Kachtan explained that the discourse in Israeli society reinforces the strong and masculine concepts linked to the military. Israeli society perceives itself as better in part due to its “unique” military experience, even though there is a decline in the military status and rise in criticism in society, she added.

And Israelis thus perceive themselves as more mature and better equipped to start their lives than Americans — who “finish high school and they are going to college and they party… and they do not know what it means to experience something hard,” she said, “They didn’t go through this experience so they don’t know – their personality and their identity isn’t as strong as the Israeli’s personality and identity.”

Kachtan believes that this type of discourse has an effect on Americans who decided to join the Israeli military. “I believe that the United States disappointed them to some point.”

But the Israeli military service disappoints them after they are discharged, too, she pointed out.

This year the Lone Soldier Center stated that nearly half of all Lone Soldiers end up leaving Israel after their service. Despite the plethora of reasons young Americans leave their lives behind to join the military, Yosef explained, many decide somewhere down the line of their service that going home sounds much more appealing than staying in Israel.

We reproduce below some select comments from the original thread:

De Niro says F**K you, to Trump, but misses the broader picture by a mile.