Home Uncategorized The War On Syria Strengthened The Anti-Zionist ‘Resistance’

The War On Syria Strengthened The Anti-Zionist ‘Resistance’

The cynical imperialist tumour in the Middle East, run by murderous maniacs, is now reaping the blowback it has long courted, notes Moon of Alabama. 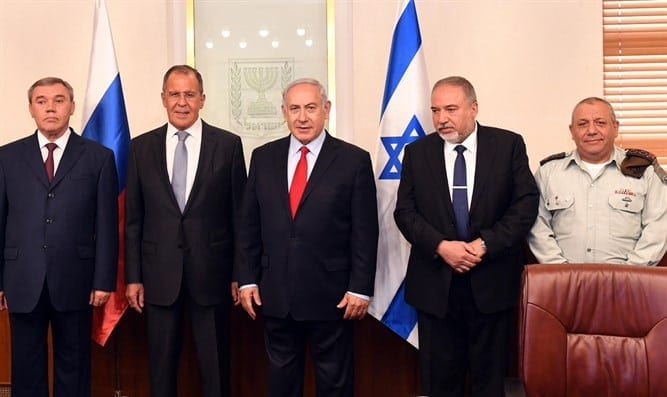 Veteran Middle East correspondent Elijah Magnier predicts the further development of the war on Syria. The U.S. is leaving and the Arab Gulf states are coming back to Damascus to balance against Turkey. The Kurds will stay with Syria and Idleb will be liberated. His largely positive view rhymes with the recent analysis presented here.

Magnier though adds an important point which I did not make. The war on Syria has led to new relations that will soon haunt its main instigator:

Indeed the Levant is returning to the centre of Middle East and world attention in a stronger position than in 2011. Syria has advanced precision missiles that can hit any building in Israel. Assad also has an air defence system he would have never dreamed of before 2011 thanks to Israel’s continuous violation of its airspace and its defiance of Russian authority. Hezbollah has constructed bases for its long and medium range precision missiles in the mountains and has created a bond with Syria that it could never have established if not for the war. Iran has established a strategic brotherhood with Syria thanks to its role in defeating the regime change plan. NATO’s support for the growth of ISIS has created a bond between Syria and Iraq that no Muslim or Baathist link could ever have created: Iraq has a “carte blanche” to bomb ISIS locations in Syria without the consent of the Syrian leadership, and the Iraqi security forces can walk into Syria anytime they see fit to fight ISIS. The anti-Israel axis has never been stronger than it is today. That is the result of 2011-2018 war imposed on Syria.

How long will it take for Israel to gasp this new reality?

I seriously doubt the U$A's troops will totally leave Syria. If that should occur, it would
be an anomaly.

As long as the US continue to press in their international law violation around the world. once those cease and US start being hit back for what it did then they would have to reverse gear into the more peaceful two state plan. unfortunately for them they have destroyed such political movement and together with propaganda + smear campaign has created the situation on where just holding a dialogue with it's anti semitic foes considered as bertrayal. The situation quite mirror the US both in political and military where there is a large gap between reality of the things in the ground and what they seems to believe.

Thanks b.. it is true what doesn't kill you, makes you stronger.. that is the case here... i don't think it is over by a long shot though and suspect the same crew responsible for invading syria will come up with some alternative plans - iran being the one mostly discussed at present... maybe this is part of what it looks like when an empire is in decline.. it starts flailing away without the results they would have gotten previously...

israel does need to be held accountable... and the west under the guidance of the uk and usa also need to account for what they have created in israel and etc..

"Let not any one pacify his conscience by the delusion that he can do no harm if he takes no part, and forms no opinion. Bad men need nothing more to compass their ends, than that good men should look on and do nothing" - British philosopher & political theorist John Stuart Mill, 1867

In the Syrian conflict we have a shining example of what a few good men can do, even at the cost of their lives. The Syrians, both militia & civilian, RAF, IRGC and Hzb have all given full measure, and beat back evil as a result, if only for a season. May it be an example to all in this new year, even to the least among us, that against seemingly insurmountable odds, the machinations of the vilest evil can be thwarted

The US seems to have burned most in the area. Turkey with the attempted coup and US arming the Kurds, Trump running his extortion scheme on MBS and now the Kurds being dropped like piece of used toilet paper. All now have a common enemy.

I suspect that Iran will soon be tested by the powers of evil...but I think they are up to the challenge.

Grasp the new reality? US has not left. Nor has France. Nor has Turkey. Israel is fine, Syria is in ruins and Israel work with the arabs against Syria.

No time to be positive at all.

"How desperate and how far will Israel go to change this new reality."

With an election coming up we shall see.
All those competing are in thrall to the Jabotinsky "Iron Wall" theory that peace with the Palestinians is impossible and genocide the only logical policy.
This has been the dominant view in Israel for a long time. At the moment it appears unchallenged.
But the new strategic situation changes everything: the only alternative to a race to armageddon is a turn towards democracy, peace and equality.
Armageddon though , is not only deeply embedded in the religious tradition but the preferred option of fascists.
Netanyahu is a fascist. And most of the parties involved in the Knesset are fascist too.
All that Israel has going for it at the moment is the corruption -to the point of complete ineffectiveness- of the pensioned Palestinian leadership which effectively prevents the voices of the great mass of those most interested in the conflict from being heard.
Palestine stands mute, a gun to its head, while those with least to gain in the long term from doing so-Israel's fascists, Jabotinsky's bastard progeny- tear the last shreds of the Two State option to pieces.

The question that B asks at the end is rhetorical: the answer is that Israel will never accept any reality where it is less than the dominant power. Even if it ends up destroying itself first.

About the Author
Moon of Alabama was founded and is edited by "b" (Bernhard), a German journalist.

A Few Observations on War, Sports, Fortresses, America, and Life

Mass Psychosis and The Church of Humanitarian Interventionism