Home ABOMINATIONS Who Would Profit from The Trump Wall? Engineering firm tackles that and other questions.

Who Would Profit from The Trump Wall? Engineering firm tackles that and other questions.

This discussion was facilitated by Mena Beaumont 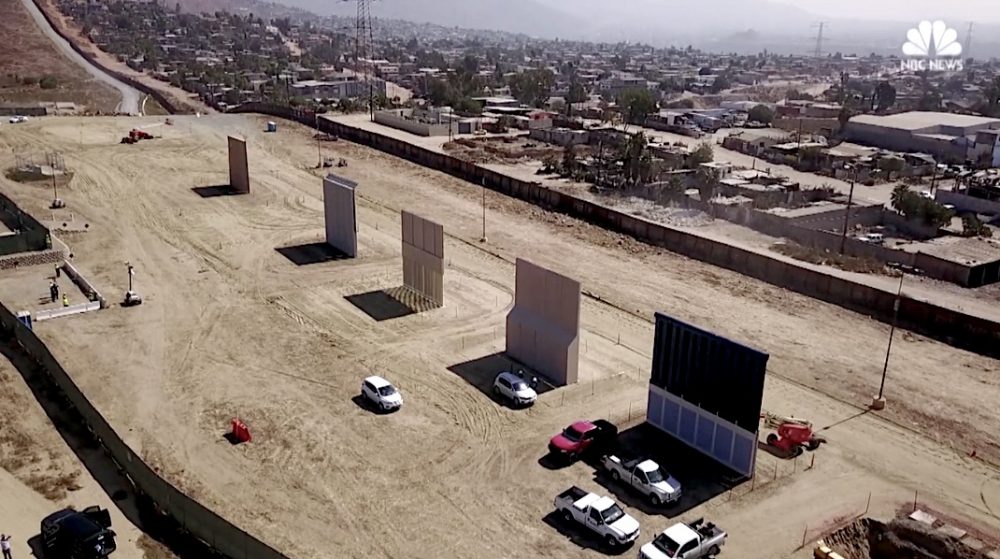 Editor’s Note: Mena Beaumont, a member of The Greanville Post Facebook group, published the following commentary by Amy Patrick, alerting the public about the sloppy and irresponsible way this project—both politically and morally questionable—is being handled. Obviously we are not interested in joining the cynical and cowardly Democrats in bashing Trump from the right, and for all the wrong reasons, not to mention that with the nation’s eyes on the “the Wall” this would have been an excellent moment to educate Americans about the obvious: why are Latin Americans from Mexico and Central America abandoning their home countries in such numbers, and fleeing towards the North? I’m afraid the proper answer will never come from establishment quarters. For one thing because Democrats as much as Republicans are deeply implicated in the century-old (actually much older) criminal foreign policy that created this human catastrophe. Yes, the human migration north is primarily caused by ugly social and political reasons in which Washington has long had a dirty hand. And in this context, Trump DOES deserve plenty of criticism for his petulant and opportunistic push to build a wall that is simply adding ignorant insult to injury. So, by all means, oppose this cretinous Wall, and oppose the government shutdown, which, as usual, only hurts the weakest the most, but do not join or fall into the trap of siding with the Democrats in their hypocritical gyrations. —PG

To recap: I’m a licensed structural and civil engineer with a MS in structural engineering from the top program in the nation and over a decade of experience on high-performance projects, and particularly of cleaning up design disasters where the factors weren’t properly accounted for, and I’m an adjunct professor of structural analysis and design at UH-Downtown. I have previously been deposed as an expert witness in matters regarding proper construction of walls and the various factors associated therein, and my testimony has passed Daubert.

Am I a wall expert? I am. I am literally a court-accepted expert on walls.

Structurally and civil engineering-wise, the border wall is not a feasible project. Trump did not hire engineers to design the thing. He solicited bids from contractors, not engineers. This means it’s not been designed by professionals. It’s a disaster of numerous types waiting to happen.

Off the top of my head…
1) It will mess with our ability to drain land in flash flooding. Anything impeding the ability of water to get where it needs to go (doesn’t matter if there are holes in the wall or whatever) is going to dramatically increase the risk of flooding.
2) Messes with all kind of stuff ecologically. For all other projects, we have to do an Environmental Site Assessment, which is arduous. They’re either planning to circumvent all this, or they haven’t accounted for it yet, because that’s part of the design process, and this thing hasn’t been designed.
3) The prototypes they came up with are nearly impossible to build or don’t actually do the job. This article explains more:

The estimates provided for the cost are arrived at unreasonably. You can look for yourself at the two-year-old estimate that you see everyone citing.

It does not account for rework, complexities beyond the prototype design, factors to prevent flood and environmental hazard creation, engineering redesign… It’s going to be higher than $50bn. The contractors will hit the government with near CONSTANT change orders. “Cost overrun” will be the name of the game. It will not be completed in Trump’s lifetime.

I’m a structural forensicist, which means I’m called in when things go wrong. This is a project that WILL go wrong. When projects go wrong, the original estimates are just *obliterated*. And when that happens, good luck getting it fixed, because there aren’t that many forensicists out there to right the ship, particularly not that are willing to work on a border wall project— a large quotient of us are immigrants, and besides, we can’t afford to bid on jobs that are this political. We’re small firms, and we’re already busy, and we don’t gamble our reputations on political footballs. So you’d end up with a revolving door of contractors making a giant, uncoordinated muddle of things, and it’d generally be a mess. Good money after bad. The GAO agrees with me.

And it won’t be effective. I could, right now, purchase a 32 foot extension ladder and weld a cheap custom saddle for the top of the proposed wall so that I can get over it. I don’t know who they talked to about the wall design and its efficacy, but it sure as heck wasn’t anybody with any engineering imagination.

Another thing: we are not far from the day where inexpensive drones will be able to pick up and carry someone. This will happen in the next ten years, and it’s folly to think that the coyotes who ferry people over the border won’t purchase or create them. They’re low enough, quiet enough, and small enough to quickly zip people over any wall we could build undetected with our current monitoring setup.

Let’s have border security, by all means, but let’s be smart about it. This is not smart. It’s not effective. It’s NOT cheap. The returns will be diminishing as technology advances, too. This is a ridiculous idea that will never be successfully executed and, as such, would be a monumental waste of money. 🤷🏻‍♀️

This is set to public. Have a blast sharing it.

Already in 2016 as Trump began talking about “the Wall”,  Bernstein Research, a respected engineering firm, put together the following paper discussing the subject. We think it is valuable enough to merit inspection. While some facts may have changed a bit, there’s a wealth of information and history about a project of this kind that will clearly show that “building the Wall” would be a lot more complicated and grave in its implications than what Trump imagines it to be. PG

Open the PDF presentation on this subject as collated by Bernstein Research. Click here.