Home CHINA Bangladesh Railway: see if you can find the train

Bangladesh Railway: see if you can find the train

ABOVE: Bishwa Ijtema Special Train 2018/ Bishwa Ijtema Munajat Special Train Services 2018 This is not a regular situation of Bangladesh Railway (BR). This video has been taken on the occasion of Bishwa Ijtema 2018 (বিশ্ব ইজতেমা/ Global Congregation) which is one of the biggest annual gatherings of Muslims in Bangladesh in Tongi, Gazipur, Bangladesh, by the banks of River Turag. 2 / 3 millions of devotees are attending and perform daily prayers while listening to scholars reciting and explaining verses from the Quran. It culminates in the Akheri Munajat, or the Final Prayer. With a view to facilitating the movement of Muslim devotees of the Biswa Ijtema, Bangladesh Railway (BR) has made arrangement to operate special trains in different routes of the country.This kind of Ijtema special or Munajat special Trains are used to bring and return those peoples in the Ijtema ground and home.

[dropcap]O[/dropcap]vercrowded? Definitely. Poverty? No question. But look at the exuberant humanity that permeates these images of people dealing with what they regard as customary in their lives, or united in a common purpose—attending some religious celebration, and the cheerful way with which they assume the high risks of transportation by such uncomfortable and dangerous methods. This is so remarkable that we have inserted here not one, but several videos of these occurrences. There's a lesson here for westerners, and it probably has to do with the near infinite degree of patience people have with inept or corrupt governments.

Incidentally, not to rub salt or insult Bangladeshis, Indians or other nationalities in any way, countries that have had more than their share of tribulations, including natural disasters in recent memory, but compare the state of dilapidation of Indian and Bangladeshi rails with China, one of the world's leaders today, it almost makes you cry. What a commentary on the sharp difference between the wages of capitalism and socialism. The comparison is apt because both the Indian subcontinent and China gained freedom from colonial enslavement at around the same time, India formally in 1947, and China in 1949. And both faced the heavy weight of horrid underdevelopment, illiteracy, and a ton of miseries  issuing from inherited wounds and archaic class structures. India, choosing Gandhian idealism,  took the capitalist way, with a light sprinkling of socialism (Fabianism variety). China went for Marxist-Leninism implemented in the Maoist way.  As well, a video compilation of the most dangerous railways in the world (see Appendix 2) shows that every case of dilapidated trains or absurd positioning of tracks (i.e., Thailand's train passing right through a fish market) also occurs in nations ruled by utterly corrupt or reactionary regimes. 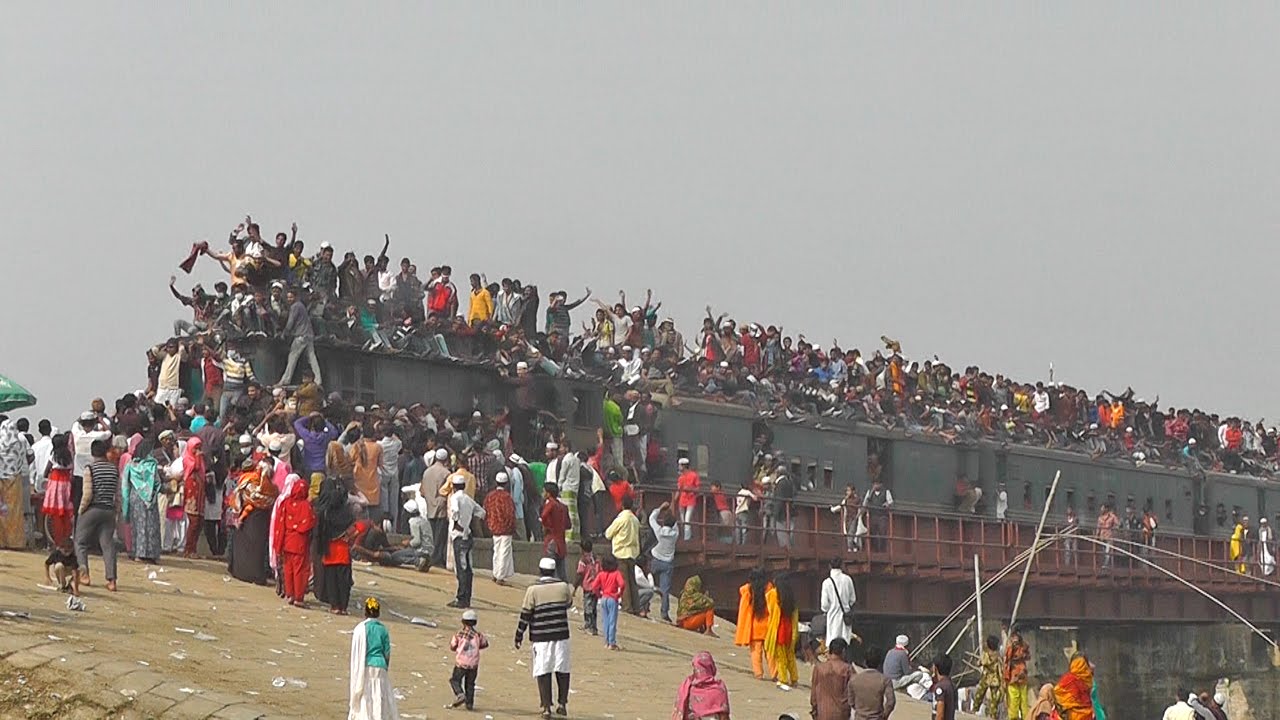 Each year in January Bangladesh hosts the three day Bishwa Ijtema festival. It is held at Tongi beside the river Turag a short way north of Dhaka. This is the worlds third largest gathering Muslim pilgrims with up to 5 million attending. To transport this number of people, the Bangladesh Government puts on for free special trains. The grossly overcrowded trains create a spectacular sight. However despite what has been written elsewhere, this is not the usual state of affairs on Bangladesh Railways. Regular trains are crowded and some passengers ride on the roof but nothing like the festival trains. The video shows trains taking pilgrims to the festival in the morning and returning back to the city at the end of the last day. Also in this video: A wholesale fish market. Trains travelling through a busy market. Trains crossing a railway bridge built by the British over eighty years ago. All trains in this video are metre gauge. 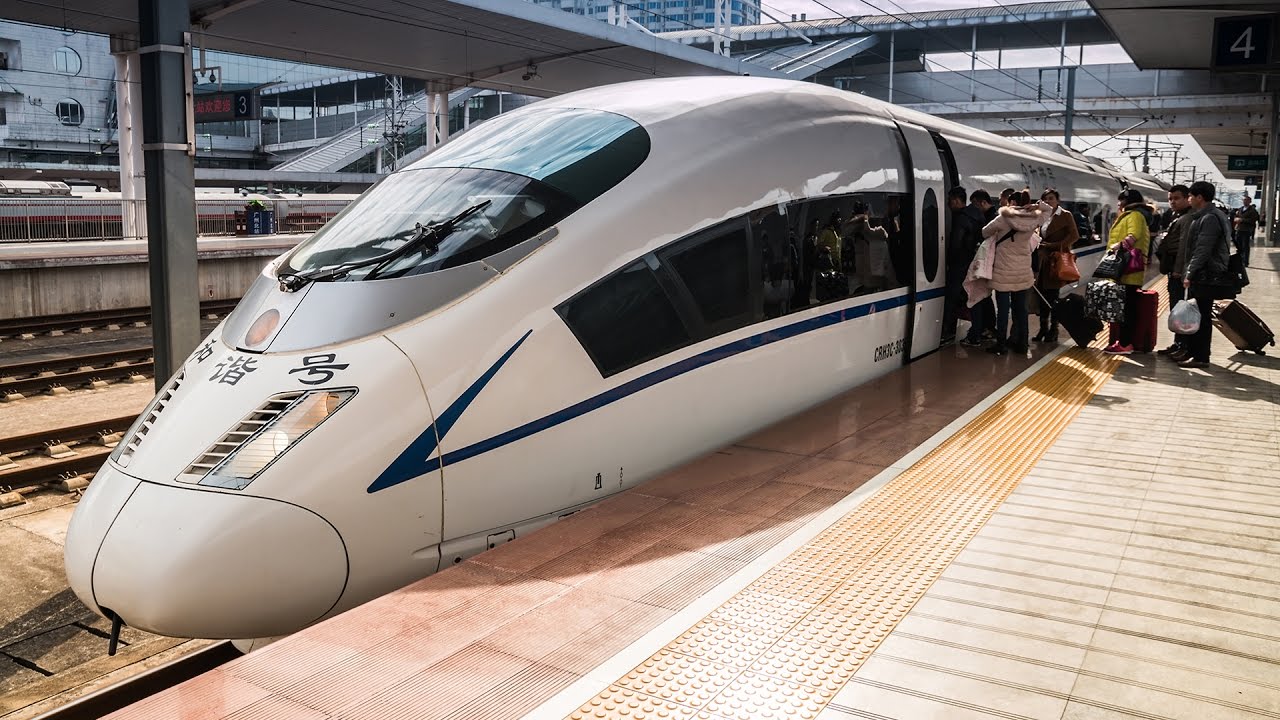 ABOUT THE AUTHOR
Commentary by Patrice Greanville, editor of The Greanville Post.

Inequality and the ecological transition