HELP ENLIGHTEN YOUR FELLOWS. BE SURE TO PASS THIS ON. SURVIVAL DEPENDS ON IT.
Dispatches from RT.com 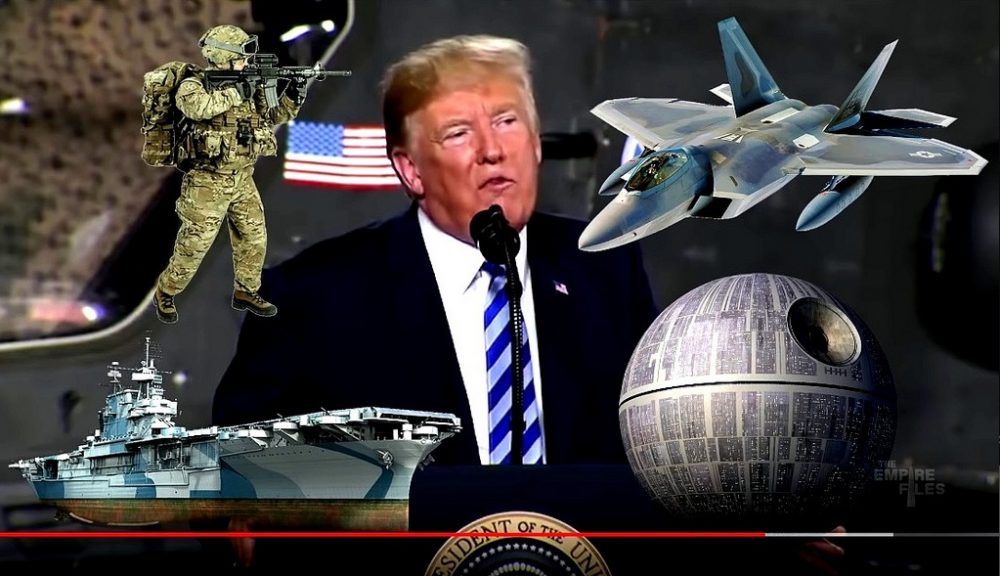 [dropcap]D[/dropcap]onald Trump’s State of the Union speech sent mixed messages about where the president stands on foreign policy, analysts told RT, as his anti-intervention views clash with his threats against Iran and Venezuela.

While the commander-in-chief praised US troops serving in Afghanistan and Syria as having “fought with valor,” he gave little indication of a timeline for a possible pull-out from the region, despite previous sentiments to the contrary. The omission did not sit well with analysts.

Michael Maloof, a former Pentagon official, told RT that Trump’s failure to provide specifics about a withdrawal timeline from the warzones was disappointing – especially because the president had earlier indicated that troops would be returning home in the near future.

The president likely “glossed over” a withdrawal timeline because it would have been “very controversial,” Maloof suggested, adding that ultimately, Trump may even embrace his cabinet’s “neo-conservative approach to foreign policy.”

While the president railed against “foolish wars” as one of the few obstacles standing in the way of the “miracle” of American economic might, Maloof said that Trump’s threats directed at Venezuela and Iran show that Washington’s penchant for “regime change” has not subsided.

“These are very scary times,” Maloof warned, adding that despite its military might, the US could once again “get bogged down in another Vietnam” in places like Venezuela.

Likening the speech to pouring “old neo-con wine into a new America First rhetorical bottle,” Jim Jatras, a former US diplomat, lamented that elements within the Trump administration were working against the president’s stated foreign policy objectives.

Also on rt.com SOTU: Trump urges Congress to ‘choose greatness’; Is that even possible? “The one bright spot is probably Korea but there are people in his administration who would like to tank that one as well,” Jatras said. Trump has signaled that he’s open to reconciliation between the two Koreas, but his cabinet – not to mention most of Washington and the media – continue to paint peace efforts on the Korean peninsula as naive and dangerous.

Trump’s decision to pump record amounts of money into the military is also a cause for concern, Jatras warned.

Freedom Rider: Democrats are the McCarthyites