Home ABOMINATIONS Disinformers at work: the US media’s unrelenting demonisation of Venezuelan government

Disinformers at work: the US media’s unrelenting demonisation of Venezuelan government 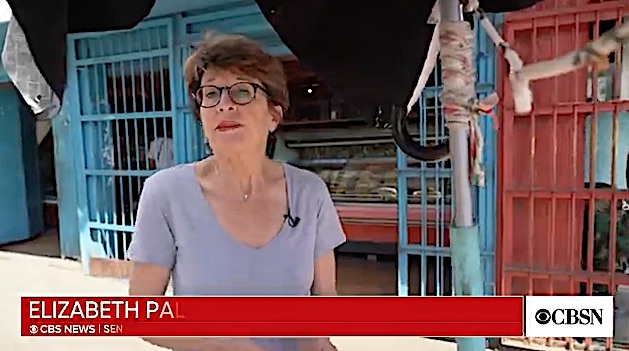 Disinformers are the rule in the US media and that of vassal states—practically the entire “Western” media machine—many of whom simply translate and reproduce the lies being created and disseminated by the big US engines of propaganda. All major corporate media have stables of experienced propagandists covering foreign affairs. At CBS such group includes the likes of London-born Elizabeth Palmer, a woman who has long perfected the sordid art of lying with a straight face, projecting faux empathy with the “victims” of a government persecuted by the Washington mafia, and of injecting innuendo and omission as a technique to suppress the truth.

Here she’s at work, telling us what’s (supposedly) happening in Venezuela. Why Maduro allows these truth assassins to enter the country is a question in need of an explanation. ALL personnel working for the corporate media should be denied access to the country and treated as hostiles, unless proven otherwise, all engaged in an information war against the legitimate government of Venezuela. Let them lie all they want (which they will do anyhow, as such reports would be manufactured in New York or Hollywood of whole cloth if necessary), but don’t make their work easier by providing them credible props, like convenient witnesses, actual streets, buildings, etc., and the conceit of being “in country” reporting as a legitimate correspondent. And never forget that Elizabeth Palmer is the rule, not the exception. She’s a glorified highly paid liar. And there are countless Elizabeth Palmers working for the empire’s Ministry of Truth. But she’s just a visible front, the symptom of the disease afflicting mass communications. The real criminals, the disease itself, remain in the shadows, and those are the plutocratic owners and top executive managers of these disinformation engines.—BW

About the Author
B. Whelan is a Los Angeles-based media activist working to create his own information channel.