[dropcap]R[/dropcap]espectfully, my comrade and friend Danny Haiphong is wrong, Hawaii congresswoman Tulsi Gabbard is not a peace candidate. To extent that she diverges from the warlike bipartisan consensus that’s a good thing. But it’s not the job of the left to, in Danny’s’s words “nurture” or support Gabbard with campaign donations so she can get into the televised Democratic primary debates.

Danny Haiphong says he is neither a Democrat nor a Gabbard supporter and I believe him. That’s what makes his “sophisticated” – his word not mine – notion that the left needs to line up behind Gabbard utterly baffling. The plain truth is that whatever else the Democratic party may be, it is also one of the two permanent government parties of the US, a party of empire and war, despite the fact that a great number of Democratic voters are, for a multitude of reasons, opposed to imperial war.

But if Gabbard’s campaign can’t get votes and campaign contributions from those folks who envision themselves as being still inside the Democratic party, then hers is just another sheepdog candidacy. As I explained back in 2015…

“...the sheepdog candidate is charged with herding activists and voters back into the Democratic fold who might otherwise drift leftward and outside of the Democratic party, either staying home or trying to build something outside the two party box...

Gabbard fits this description to a T. Her antiwar rhetoric serves to herd left leaning voters and activists back under the big stinky Democratic tent with the likes of Kamala Harris, Cory Booker, Joe Biden, Rahm Emanuel and the rest, and keep them as always safely inside until the Democrats’ 2020 summer convention. By then, it will be way too late for the strenuous yearlong national organizing effort which the laws passed by Democrat and Republican politicians require to place a third party alternative on the ballot.

I do love and respect Danny. But we differ on this one. I won’t give a nickel to a sheepdogging Democrat, even one who some imagine to be a peace candidate.

A real peace candidate would be about the business of building a real peace party, not pulling us back into the party of war. The only 2020 presidential candidate who fits that description is Howie Hawkins, who announced the exploratory phase of his presidential campaign today in Washington DC. 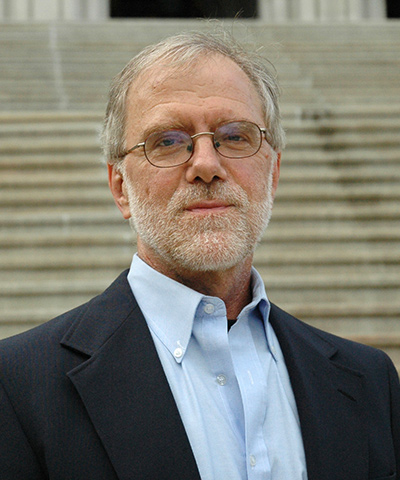 Howie Hawkins has a practical and a workable vision of how the Green Party can be built into a sustainable and nationally competitive opposition party, not based upon the contributions of greedy corporations and billionaires like the Democrats and the Republicans, but on the modest and regular contributions, the dues of its members. If you’re reading the print version of this piece, there’s a link to the YouTube video of a workshop Howie and I did outlining how the process of how the Green Party can be transformed into a mass based sustainable party capable of contending for power across the country.

The Hawkins vision includes a yearlong grassroots organizing campaign to overcome the profoundly unjust legal barriers which Republican and Democratic politicians together have erected in almost half the states to prevent the Greens from competing against them in national and local elections. Unlike the regulations pertaining to Republicans and Democrats, these arbitrary, anti-democratic and unjust laws require Green Party candidates to present more than 800,000 voter signatures on paper petitions just to allow Green candidates for local, state and national office to appear on the ballot in about a third of the states.

just to name a few.

Many of these legal barriers to third parties appearing on the ballot have been in place for a century, and raised even higher whenever insurgent parties threatened to overcome them. What we were all taught in school to call “the two party system” is nothing more than the product of the two capitalist parties colluding with each other to continuously tweak the laws in such a manner as to protect themselves against competition. Competition from parties funded by people instead of billionaires, Competition from socialist and eco-socialist parties, competition from parties who stand for economic and racial justice at home and for peace abroad.

The latest legislative tweak aimed at kneecapping the Green Party was buried in the Democrats HR1, a provision that raised the amount Green presidential candidates needed to raise per state to qualify for matching funds from $5000 in small donations from each of 20 states to $25,000 in 20 states was endorsed and voted for by supposed socialist Alexandra Ocasio-Cortez and every other Democrat in the House of Representatives. Curiously none of the so-called progressive Democrats, nobody in the media, in civil rights industrial complex, none of our friends in DSA and certainly not Tulsi Gabbard or even Bernie Sanders have ever bothered to mention this cynical and longstanding piece of voter suppression. These unjust legal barriers to third parties on the ballot are the main reason most US voters don’t get to see Green candidates on the ballot for state legislature, for governor or local offices, or for president.

Howie Hawkins is 2020’s only real peace candidate because Howie is committed to the hard work of building a permanent peace and justice party from the bottom up, and putting it on the ballot nationwide, not just to running a one-shot sheepdog campaign and lining up behind whoever the capitalist war party eventually nominates. Howie has been in the movement longer than Gabbard has been alive, working against the Vietnam war as a teenager before joining the Marines in 1972 and taking part in the widespread antiwar movement inside the US military of that time. Hawkins worked with the Peace and Freedom Party in the 1970s, and as a construction worker building sustainable housing through the 1970s and as a community organizer in the 1980s while picking up a degree at Dartmouth, and worked as a Teamster at UPS until retiring last year. Along the way, Howie Hawkins was one of the founders of the Green Party, which was soon taken over by mostly white professionals who chose to follow the organizing models of Democrats and Republicans rather than that of socialist and working class parties around the world, resulting in the weak and largely ineffective Green Party we have all seen the last two decades. With the presidential candidacy of Howie Hawkins, the Green Party is transforming itself in to the fighting ecosocialist party that the current crisis demands.

Howie Hawkins was the first US candidate to run on a Green New Deal, in a 2010 campaign for NY governor, declaring that it was entirely possible and absolutely to zero out New York’s carbon emissions by 2030 while creating millions of new jobs and rehabbing millions of units of affordable housing along the way. He ran on the Green New Deal again in 2014 and 2018, and since then the phrase and concept have gone viral.

The Democrats always declare the current election is the most important of our lifetimes, and this time they’ll claim this one is too important to “waste your vote” on any candidate that won’t defeat Trump. But they’re the same party that wants us to believe the Russians fooled black folks into not voting for Hillary Clinton with a handful of Facebook ads, most of them published after the election. They’re the same folks who called Trump a traitor for meeting with North Korean leaders, and applaud him for being “presidential” when he bombs Syria. These are the same Democrats who raised Trump's already outrageous military budget another ten percent to show Boeing, Lockheed and the other military contractors that they were good friends too, and the same Democrats who join Republicans in backing the apartheid state of Israel. Democrats don’t have the solution to climate change, they can’t get behind Medicare For All, rent control, and couldn’t be bothered with enforcing the Voting Rights Act and the galaxy of existing anti-discrimination laws in housing, employment or anywhere else when they had power.

Our future, the future of our children and grandchildren, of our planet is too important to trust either of the two capitalist parties. It’s time to make a longer term plan than the next election, time to organize and build for the long fight ahead. It’s not a time to let sheepdogs herd us into doing what we’ve done so many times before. Instead of giving to sheepdog Tulsi Gabbard, we should be lining up with Howie Hawkins to build the kind of fighting ecosocialist party the times require.

Howie needs $5,000 in donations $250 and under in each of 20 states for his campaign to receive federal matching funds that will enable us to launch the yearlong ballot access campaign that will put the Green Party on the ballot in every state, and put us on the road to building a fighting party sustained and run by its members. Go to HowieHawkins.US to volunteer, and to give what you can now. The clock is ticking.

Please do know that Black Agenda Report is being censored by Google and other commercial social media, and has been singled out by anonymous cowards who accuse us of making propaganda for the Russians. So please do like us on Facebook, follow us on Twitter and all, but old fashioned email direct from us to you is the only way to guarantee you’re receiving the fresh news, commentary and analysis from the black left that Black Agenda Report has delivered each and every week since 2006. So please visit our web site at www.blackagendareport.com and hit the subscribe button to receive our free weekly email newsletter containing weekly summaries of and links to all our weekly posted print, audio and video content neatly packaged for your listening and sharing convenience.

To comment on our material, join the conversation on our Facebook page, or send us email to comments(at)blackagendareport.com, or you can message us on Twitter @blkagendareport.

Bruce Dixon is managing editor at Black Agenda Report and a state committee member of the GA Green Party, which unlike Democrats and Republicans unequivocally supports network neutrality. He lives and works in Marietta GA and can be reached via email at bruce.dixon@blackagendareport.com. He answers email, and has also been known to answer tweets to @brucedixon.