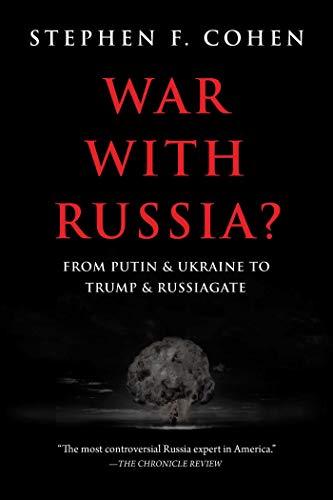 [dropcap]T[/dropcap]hat was Stephen F. Cohen’s comment after Special Counsel Robert Mueller concluded that there was no evidence to convict President Donald Trump or any of his campaign staff of colluding with Russia to steal the 2016 presidential election.  He was speaking to nationally syndicated radio host John Batchelor in one of their broadcasts on Radio WABC-AM, New York City, which have been archived on the website of The Nation for the past five years.

Now, a month later, Democratic elites are still roaming the streets of Washington and the Halls of Congress in search of fresh blood. On May 16, The Washington Post reported that House Democrats had begun a marathon public reading of the “Mueller Report” for citizens who don’t have time to read the whole thing but might listen to the audio. There’s no there there, but they won’t let go. Are they serious? Or just mortified, like most vampires, by the light of day? Whichever, they’re likely to lose again in 2020, because poll after poll says that Americans don’t care; Russia-gate is nowhere near the top of their list of concerns.

Cohen is Russian studies professor emeritus at Princeton and NYU. His latest book, “War with Russia? From Putin & Ukraine to Trump & Russiagate,” is a series of essays published in The Nation and text elaborations of the radio broadcasts.

Cohen says that Russia-gate has deeply damaged at least four U.S. institutions: the electoral system; the presidency; the “intelligence community;” and the media, meaning most of all the influential “legacy” media; The New York Times, The Washington Post, and the major television and cable news networks. Whichever side of the partisan divide they’re on, Americans know they’ve been lied to by one or more of them. Will they find reason to widely trust any of these institutions again? Will any Washington officials and their staffers, and their allied power brokers and intelligence agents, trust any others from here on? 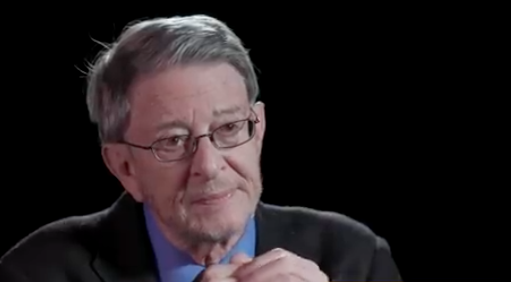 The Democrats, he says, have created a permanent excuse for failure: “the Russians did it.” And what’s to keep the Republicans from using the same excuse for their own electoral failures? Or to keep dangerous tension between the U.S. and Russia, the world’s two greatest nuclear powers, from ratcheting up all the while?

“War with Russia?” analyzes where we are, how we got here, and where we can go if U.S.-driven military escalation between the U.S. and Russia doesn’t lead to nuclear apocalypse. Cohen still believes that there are options as long as there is human agency, as he wrote in “Bukharin and the Bolshevik Revolution: A Political Biography, 1888-1938.”

That book, published in 1973, made him a prominent voice in both U.S. and Soviet politics until his dissidence about the New Cold War, then Russia-gate, made him persona non grata at The New York Times, The Washington Post, and the network news outlets where he had previously been a welcome commentator.

Since Russia-gate was “ginned up,” as Cohen puts it, he has even been attacked by fellow Nation writers. Katrina vanden Heuvel, editorial director of The Nation and Cohen’s wife, has, to her credit, defended him, despite their own disagreements about the Mueller investigation. She opposes the new McCarthyism, but she has said that the investigation is worthwhile insofar as it reveals the corruption of Trump and friends.

Cohen has said that politicians are corrupt — Democrat, Republican and Russian — and that the central reality of the Mueller investigation is its dangerous escalation of U.S.-Russian tensions. He has often said that he doesn’t like Trump, but that Trump is the president we’ve got, for two more years or even six, so any moves he makes toward détente with Russia or military de-escalation anywhere else in the world should be encouraged.

In the introduction to “War with Russia?,” Cohen writes: “The book would not have been possible in any way without the support of my wife. Whatever her own opinions, no matter the external pressures, Katrina posted every commentary I wrote.”

Again, kudos to Katrina vanden Heuvel, but the fact that Cohen’s critique of Russia-gate has stirred such anger even at The Nation, the publication that led the opposition to McCarthyism in the 1950s, is evidence of how much ground Russia-gate has gained, even among liberal progressives. 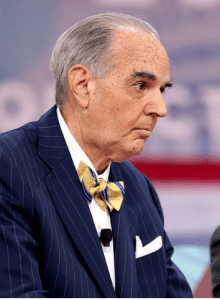 Cohen and Batchelor readily acknowledge their differences as well —Cohen a liberal progressive, Batchelor a libertarian conservative — but they agree on the dangerous folly of the New Cold War. After a lifetime of scholarship and engagement in Russian history, Cohen says that the current state of U.S.-Russian relations is more perilous than any moments of the First Cold War, including the Cuban Missile Crisis. Indeed, one of his concerns is that Trump has been so fraudulently vilified as a puppet of Russian President Vladimir Putin that he may be politically unable to defuse another precipitous confrontation like the Cuban Missile Crisis. Irrational and terrifying as the anti-Communist Red Scare of the 1950s was, he writes, it never led to the claim that a U.S. president was the puppet of a foreign government or that there’s been a silent coup leaving the White House in its clutches.

“But the crux of pro-Kremlin allegations against Trump was, and remains, the charge that Putin hacked the DNC and disseminated the stolen emails through WikiLeaks in order to put Trump in the White House. A summary of these ‘facts’ was presented in the declassified report [the Steele Dossier] released by the US ‘intelligence community’ and widely published in January 2017.

“Not addressed [in the report] is the point made by a number of American hacking experts that Russian state hackers would have left no fingerprints, as US intelligence claimed they had. Indeed, Veteran Intelligence Professionals for Sanity believe that the damaging DNC documents were not hacked but leaked by an insider. If so, it had nothing to do with Russia. (The NSA, which has the capacity to monitor the movement of emails, was only ‘moderately confident’ in the report it co-signed, while the CIA and FBI were ‘highly confident,’ even though the FBI inexplicably never examined the DNC computers.) [Later, Cohen said that a source had told him that, in NSA parlance, “moderately confident” means they don’t know.]

“There is another incongruity. At his final presidential press conference, Obama referred to the DNC scandal as a leak, not a hack, and said he did not know how the emails got to WikiLeaks—this despite allegations by his own intelligence agencies. (No one seems to have asked Obama if he misspoke!) On the other side of this alleged conspiracy, nor is it clear that Putin so favored the clearly erratic Trump that he would have taken such a risk, which if discovered, as I also pointed out earlier, would have compromised Trump and greatly favored Clinton. (Judging from discussions in Kremlin-related Russian newspapers, there was a serious debate as to which American presidential candidate might be best—or least bad—for Russia.)”

In a May 8 broadcast with Batchelor, Cohen said even more adamantly that Mueller’s a priori assumption that Russians hacked into the DNC emails, his failure to undertake his own forensic investigation, and his failure to interview Bill Binney, a former technical director at the National Security Agency, and Julian Assange himself, should be enough to discredit the whole report.

Amen, and I hope these highlights recommend the book. It’s a page-turner.

ABOUT THE AUTHOR
Ann Garrison is an independent journalist based in the San Francisco Bay Area. In 2014, she received the Victoire Ingabire Umuhoza Democracy and Peace Prize for her reporting on conflict in the African Great Lakes Region. She can be reached at ann@anngarrison.com.

Professional Assange Smearers Finally Realize His Fate Is Tied To Theirs

The FBI-CIA War on Tupac and Socially Conscious Artists

The American empire is being defeated; Asia will...