Brooklyn, Spring/Summer ’69- On Neighborhoods and War 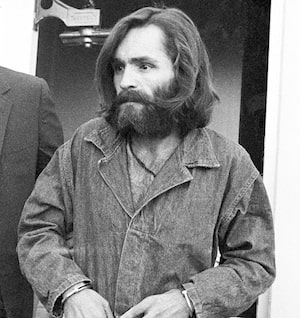 You live in the burbs, or what they call so many small cities nowadays. Strip malls, shopping centers and it seems a Wal-Mart is everywhere. We don't live on streets, we live in subdivisions now. You want a bottle of pop... oh sorry, now they're in cans or those plastic environmental killers. Or if you want a loaf of bread or quart of milk or whatever, you get in your car and you drive to the supermarket or convenience store.. usually where you pump your gas. There are no such things as avenues with lines of retail shops. In '69 in my Brooklyn neighborhood you walked up to Avenue U and sat at the luncheonette and had your soda... a real fountain one if you desired. You walked along to the bread store and got your loaf or fish as the shoppers in the Italian bakery called it. The corner grocery store had the milk you needed. The butcher shop is where you bought your meat. The produce store your veggies. The fruit store, all the bananas you needed or fresh in season peaches , apricots or watermelon if it happened to be June or July. That was then and this sadly is NOW.

On any evening from early Spring right up until late Autumn the stoops and front yards were filled with your neighbors... some you liked and some you didn't. But , they were out there each and every non rainy evening after dinnertime. Some folks had their beach chairs (as we called them) set up with cigarettes (and some cigars) dangling from their lips, or perhaps a beer was chugged as the sun slowly exited the day. The boys were in the street playing ball as the young girls played jump rope or other games that young girls played. People would walk up and down the street and mingle with neighbors, or maybe argue with them, especially on the subject of Vietnam, but there was this energy and vitality of the neighborhood. Then, when it got dark only the teenagers would be out there, with transistor radios humming rock and roll and guys coming on to the girls with lots of BS being slung back and forth. Around the corner at the nearest luncheonette or ' Candy Store ' as many were still called, the adult men would hang out, comparing notes on the local sports teams interspersed with more debate on Vietnam. Plenty of Egg Creams and Lime Ricky sodas were being consumed, along with the usual cups of coffee or maybe a malted milk or two. When it got real late and the morning editions of tomorrow's daily papers were delivered, most of the gambling types  would wait to see what the daily number was. In those days it was obtained by the last three digits of the racetrack's pari-mutuel handle.

In the spring of ' 69, with Nixon being elected and an anti war movement taking hold, the neighborhoods really became as polarized as the nation. The draft was in full swing and more and more college students became radicalized. Some of the guys serving in the military from our neighborhood starting coming home, either on leave, or in pine boxes. Vietnam was each evening's number one news story, and we all could watch the war right on the six and eleven o'clock news. ' Kill counts' became the new numbers game being played. Vietnam may have been thousands of miles away, but to many of us it was right next door... literally! If one of our neighbors got drafted, he sure as hell would wind up there real quick. By the summer of ' 69, despite the Apollo moon landing, the friction of this war was becoming really flammable. One neighbor , a student at NYU Dental School, came home one evening and joined us on our regular street  corner. Amongst we college students was another neighbor, Don, a 32 year old Fire Marshall. Don bragged about how he had ' served' in the late 50s in the Army. His claim to fame was being so close, in his words, to being sent to the Middle East for some conflict that Uncle Sam initiated. " We were marching through the sands of the local New Jersey beach to get practiced at desert warfare. We were THAT close to being shipped over."  Don began parroting his love for both Nixon and country ( in that order) and how those ' beatniks ' were undermining our democracy. Gus, the dental student, jumped all over him. " I was at the dental clinic today, and you probably heard about the construction workers who broke up an anti war march and beat the shit out of the protestors. A whole bunch of us ran down to give medical aid to the victims... blood was all over the streets!" Don called Gus a Commie lover and the rest of us had to separate them before we had more blood on our street. From that day on I avoided Don as much as I could... Another chicken hawk ! Marching on the sands of a New Jersey beach... give me a **** break!

In August of ' 69 the horrific Sharon Tate and friends  murder story made national headlines when the ' Helter Skelter' Charles Manson case replaced the Vietnam War as item number one. Those of us who understood how bad vibes can spread knew that things like this were part of the whole evil empire. Like attracts like and wanton killings come in streaks. Yet, the neighborhood kept chugging along. People got up each morning that summer and went to work . In the evenings they still sat outside and hung out with each other. The beaches were still filled with bathers and sun worshippers each weekend.  The movies were packed on Friday and Saturday nights, as were all the bars and discos. Life went on, for better or for worse. Maybe it was the whole Woodstock concert event later that month which really offered a ray of hope. Hundreds of thousands of young people, from literally all over the country, came together without violence, and just enjoyed each other and the music...and of course a few drugs of choice. Mellow was the color of the day, and yes, it did open up many eyes. Not enough to end the madness of the Nam, but perhaps ....

The Hitlerization of Jeremy Corbyn (Among Others)

Donald Trump Is The Most Honest US President Of All Time