August 2, 2019 8 minutes read
Please make sure these dispatches reach as many readers as possible. Share with kin, friends and workmates and ask them to do likewise. 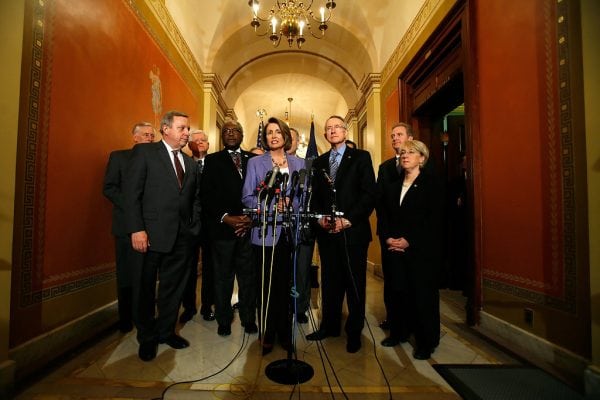 Democrats: These phonies represent the greatest obstacle yet to authentic oppositional politics in the US.

[dropcap]W[/dropcap]e need to reach a point where American left-leaning people by and large refuse to take part in the Democratic Party’s faux-leftist scam. We need to totally free the social justice, economic justice, antiwar, and environmental movements from the traps that the Democrats have set for them, because if we accept the Democrats as the only viable option, these movements will fail.

It’s easy to rationalize continued involvement in the Democratic Party. It seems at first glance like working within the party is the only way to gain power as a leftist, and this line of reasoning has won over even many people who dislike the Democratic Party (for instance, the supporters of Bernie Sanders and Alexandria Ocasio-Cortez). This idea is perpetuated by the belief that the left is capable of making serious inroads within the party.

To see the fraudulence of this idea, one can first look at both the long history of failed leftist attempts to change the party and at the left’s current failure to do so. Throughout the Democratic Party’s history as the party which supposedly represents the left, it’s consistently functioned as a tool for the capitalist class to dilute or negate the demands that the leftist social movements have made for it.

The encapsulating example of this was when FDR took the demands of the socialist movement and fitted only the select amount of those ideas that could accommodate American capitalism and empire; the New Deal was a project to save the capitalist power structure by putting in reforms that would stop the people from rising up to overthrow it, and it created a mid-20th century paradigm where the U.S. could keep its black citizens under apartheid and carry out genocidal imperialist wars while keeping most of its white citizens economically secure.

Ever since, Democratic leaders have handled the wishes of the left by working out deals where improvements are made in some areas while the violence and exploitation of capitalism is allowed to continue. After the Democratic Party enacted civil rights legislation, they became the party that largely helped create a new Jim Crow by building up America’s racist mass incarceration system leading up to and during the Clinton years. Carter and other Democrats responded to the rise of the environmental movement, not by fighting the corporatocracy that’s destroying the planet, but by urging ordinary people to adopt green living practices as a neoliberal substitute for confronting the destructive nature of capitalism. And the antiwar movement hasn’t stopped the Democrats from becoming an aggressive war party throughout the War on Terror.

The idea that the current leftist movements can end this trend of failing to change the Democratic Party rests on a deliberate misunderstanding of the class dynamics that are in play. The party is owned by the capitalist class, so there’s no way it can be changed into something anti-capitalist or anti-imperialist. 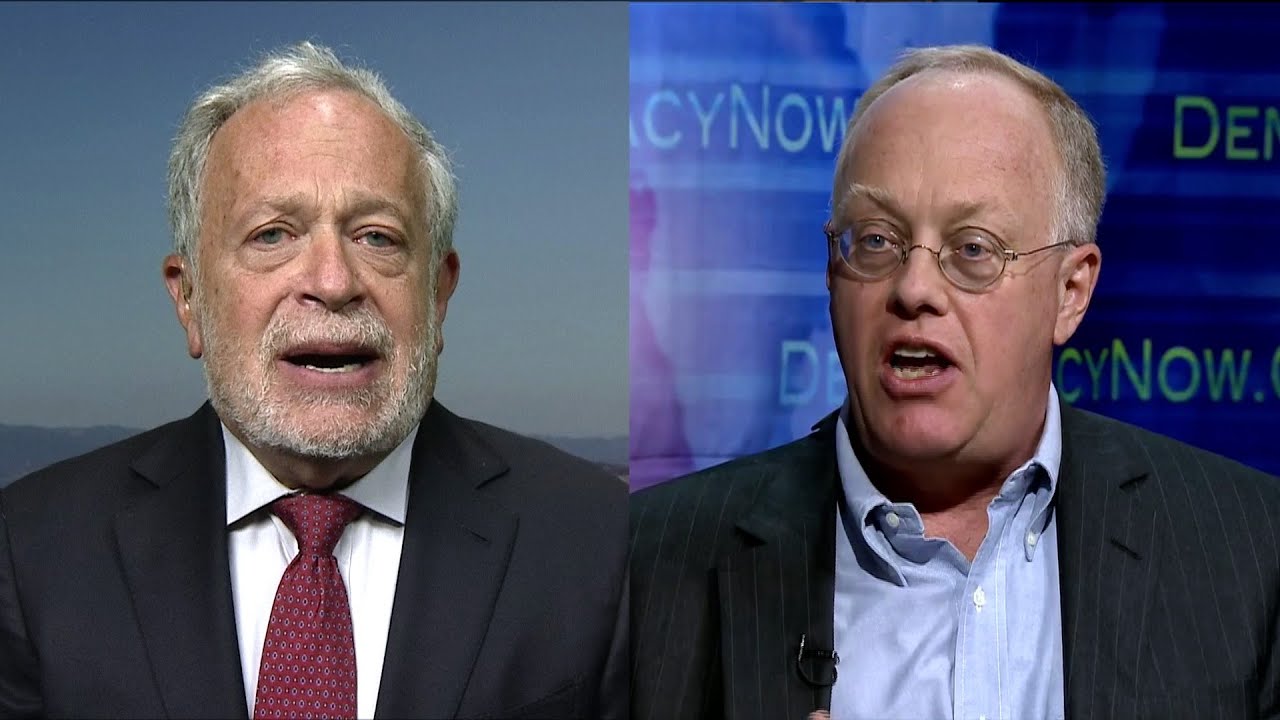 One facet of the Democratic Party’s status as an unchangeably capitalist and imperialist entity is its ability to undemocratically exclude any leftist presidential candidate who tries to gain its nomination. During the recent DNC fraud lawsuit, the court conceded that as a private corporation, the party technically had the legal right to rig its primary against Bernie Sanders.

This precedent for letting political parties act as autocracies isn’t going to be reversed by 2020, and there are many signs that the DNC is already working to tilt the primary in favor of neoliberal candidates like Biden and Harris. And as Jacobin‘s Kim Moody wrote in 2017, corporate power grips the party’s structure far too firmly for the left to accomplish a bottom-up electoral takeover that shifts it in a democratic direction:

“The pressure to conform exists at every level. Of the 3,170 Democratic state legislators, Sanders won the endorsement of 91, less than 3 percent. Only 3 of the New York City Council’s 51 members endorsed Sanders, including just 2 from the council’s nineteen-member Progressive Caucus. The Chicago City Council Progressive Caucus was only slightly warmer to Sanders: 3 of its 11 council-members endorsed the social-democratic senator.

Those are sobering figures for progressives and socialists who think the Democratic Party is ours for the taking.”

The other aspect of why the party is irredeemable has to do with the fact that the “progressive” reformers who do get allowed into the party’s leadership are themselves supporters of capitalism and imperialism. Sanders has essentially supported the subjugation of Palestinians in Israel. He supported Clinton’s horrific 1999 bombing of Yugoslavia, promised to continue America’s ethically inexcusable drone program, and repeated the propaganda narratives that the U.S. has been using to wage war against Russia, China, Venezuela, Syria, Iran, and north Korea. Sanders’ rejection of any genuinely socialist ideology and his embrace of the capitalist and imperialist Nordic model undeniably puts him among the social democrats-who’ve always functioned as the capitalist class’ facilitators of compromise in order to avoid actual socialist revolution.

The same is the case for Alexandria Ocasio-Cortez, for the series of “progressive” candidates who have run on the Democratic ticket in recent years, and for the “socialist” public intellectuals who support the futile project to reform the Democratic Party.

In addition to their alignment with social democracy, these figures have shown themselves to not be anti-imperialists. Ocasio-Cortez’ praise last year for the imperialist war criminal John McCain was followed by her vote for the NATO Support Act, a bill that banned the U.S. from withdrawing from NATO just days before the Trump administration set its illegal Venezuela coup attempt in motion. In last year’s elections, two-thirds of the “progressive” Democratic congressional candidates were completely silent on foreign policy. At this month’s Socialism Conference (an event that’s funded by the Democratic Socialists of America and Jacobin magazine), regime change activists from multiple U.S. government-funded NGOs were featured as speakers!

Their subject matter naturally included vilifications of socialist states like China, Nicaragua and Cuba. And it’s notable that the Socialism Conference has long functioned as a platform for the International Socialism Organization, a vociferously Trotskyist and anti-communist group that’s focused itself on attacking virtually all of history’s socialist countries as “not truly socialist.” With the help of organizations like the DSA, the ISO’s ideological heirs are now using the Democratic Party to try to popularize imperialist sentiments among the American left.

These “socialists” are allowed power within the Democratic Party because they won’t confront the American empire or global capitalism. They only want to expand social programs while maintaining capitalism and the global violence that capitalism uses to perpetuate itself.

No honest leftist can see this as an acceptable end goal. And amid America’s situation of imperial collapse, growing ruling class backlash against increasing working class mobilization, looming financial crisis, and early-stage climate collapse, a left that refuses to present a systemic alternative won’t prevent the calamity that the country is heading towards.

Pushing forth a genuine anti-capitalist agenda will require separating ourselves from the Democratic Party. This doesn’t mean disapproving of the party’s current leadership while investing our energy into helping “leftist” insurgent Democratic candidates who can neither gain serious power within the party nor be persuaded to fight capitalism and imperialism. It means building a serious and powerful American anti-capitalist movement that’s independent from the Democrats.

The country has institutions that are ready to assist those who want to build such a movement. Some of the biggest anti-capitalist third parties are the Socialist Party USA, the Party for Socialism and Liberation, and the Party of Communists USA. The Green Party can be taken in an explicitly anti-capitalist direction in the coming years if more socialists get involved in it. And the American socialist movement is already well developed enough that it has factions dedicated to arming and training people to defend from fascist violence for in case worse comes to worst.

There are also candidates outside the Democratic Party that one can make a real impact by voting for. Third parties like the Greens and the Socialists are carrying on a long American leftist tradition of building power for social movements by running potentially substantial presidential candidates. The significant 1912 candidacy of the Socialist Party USA’s Eugene Debs helped set off vast gains for the labor movement, and we can create another boost for today’s leftist social movements by voting for a leftist third party in great numbers.

If we build up these organizations, help the candidates who they represent, and spread anti-capitalist messages through our online platforms, America’s genuine far-left movement will gains a major presence. If poor and working class people were able to give over $200 million to Bernie Sanders’ campaign in 2016, they’re able to make the actual socialist movement into a massive force. They just have to switch their commitment towards an agenda of true class liberation and anti-imperialism.

Rainer Shea uses the written word to deconstruct establishment propaganda and to promote meaningful political action. His articles can also be found at Revolution Dispatch.

Orwell, Hitchens, And The Hollow Self-Righteousness Of Anti-Communism