August 27, 2019
Please make sure these dispatches reach as many readers as possible. Share with kin, friends and workmates and ask them to do likewise.

I find it offensive, dangerous and ludicrous for Paul Craig Roberts (PCR) to portray white people in the USA as an endangered species. His article “Is White Genocide Possible? “, and similar such articles, feed the paranoia of white supremacists, white nationalists and fascists. The former, white genocide, is fantasy; the latter is a real and present danger to the US. 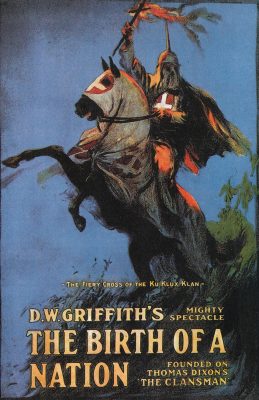 The Birth of a Nation (originally called The Clansman). The movie, a classic by pioneer film director DW Griffith, a proud southerner, presentedc the KKK as heroic avengers of Black barbarism.

White supremacists take isolated events, take dots that don’t connect, and blow them up into a massive plot against white people. They imagine whites are in danger of extinction from race mixing, white replacement or white genocide. Fanatics see the enemy de jour as Muslims, Hispanics, Jews or Blacks. The El Paso shooter earlier this month was inflamed over immigrants “replacing” white people.

PCR’s article could have been a page right out of the white nationalists’ handbook. He writes about the “many reports” of reverse discrimination, and points to isolated incidents as proof. He inflates a few sensational news stories as a “campaign” against white people. Even genocide.

Words have meaning, and the casual use of “genocide” is a slap in the face of those who have been the victims of real genocide. While the Holocaust always comes to mind, the US as a nation needs to acknowledge the real genocide of Black West Africans. They were kidnapped for hundreds of years, died by the millions in the middle passage, arrived in the US as chattel slaves, and had their culture totally and irredeemably erased. 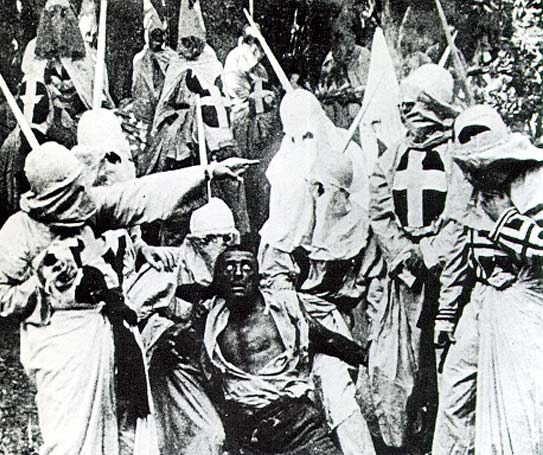 For instance PCR points to a New York City public school program of “racial equity ” training. This training raises controversial, but it falls far short of white cultural erasure and genocide of whites. Or he takes a college professor’s Tweet critical of the gentrification of Harlem. The Tweet was in bad taste, and PCR makes a “campaign” of racial hatred towards whites out of it.

Many rightwing and neofascist groups agitate and denounce what they see as an “invasion” of undesirable races diluting their culture and established ethnicity in nations like France, Britain, Germany, Sweden and others, but their propaganda fails to denounce the root of these problems, their ruling classes participation in centuries old brutal imperialism and colonialism throughout the “third world”, and today’s wretched vassalage to imperialist America.

The fact that reports of “reverse discrimination” raise such an outpouring of condemnation in conservative mainstream media is proof that these incidents are like the “man bites dog” stories—sensational because they are the exceptions of the norm. Real racial discrimination that happens every day against people of color go unreported because they are not news. The mainstream media is silent about the daily humiliation and discrimination against black people. They are “just” statistics.

No matter what statistic one looks at, be it health, income, wealth, child poverty or education, blacks come out worse than white people. Do we really need to even discuss the discrimination in the (so-called) criminal justice system?

The US has over 2.2 million prisoners, and they are disproportionately black. One in 4 black males are either in prison or on probation. Slavery still exists in the 13th Amendment to the Constitution as punishment for a crime. Prisoners are exploited as cheap slave labor by many of the leading US corporations. 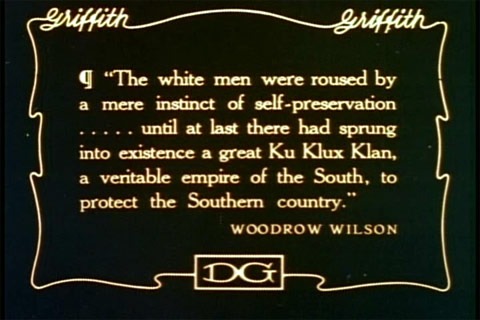 Racism is so common that even “well respected statesmen,” such as revered Woodrow Wilson uttered this nonsense.

Those who are hyper-sensitive to “reverse discrimination” are typically those who are blind to real racism, which blacks encounter every day. The country does not have a problem with reverse racism but it does have real problems with real racism, and with white nationalists, white supremacists and fascists.

The evidence of racism is everywhere. Only a minority of blacks have assimilated into US (white) society. Every statistic shows that blacks are being held back, disadvantaged, discriminated against and poorer than whites. It is not the victims’ faults that from birth they do not have the same advantages as white people.

PCR contradicts that the foundation of the US economy historically was slavery, yet he offers no counter narrative. His statement flies in the face of US history. The industrial revolution was based on cotton! The North developed from slavery too.

PCR just cherry-picks all the classic incidents of alleged “reverse discrimination” and turns them into a narrative that “white culture is being destroyed”. PCR brings up a Hollywood movie, “The Hunt” as more proof of “white hate”. Ever since the movie “The Birth of a Nation“, blacks have been portrayed by Hollywood as villains, and their lives are seen in movies and on TV as expendable.

The New York Times executive editor Dean Baquet told his staff to attack Trump for being a racist, which he is. What PCR seems to be trying to do is to make the media’s attack on Trump as a racist backfire. PCR tries to conflate these mainstream media attacks on Trump as if they are attacks on all white people in general—even white-genocide—which the criticism of Trump is not. Instead PCR comes across looking like a racist too.

P.S. Noam Chomsky presents an accurate presentation of past and present racism in the US in the video below:

David William Pear is a Senior Editor for OpEdNews.com, and a Senior Contributing Editor for The Greanville Post. David is a journalist, columnist, and commentator for TV and radio. His articles, essays and interviews have an emphasis on U.S. foreign policy, and he also focuses on economic and social issues. He is an advocate for peace, ending US wars of aggression, and promoting economic, political and social justice. He has been writing for The Real News Network, OpEdNews, The Greanville Post and other publications since 2009, after he retired as a Certified Financial Planner (CFP). He is a member of Veterans for Peace, Saint Pete (Florida) for Peace, CodePink and the Palestinian-led non-violent organization International Solidarity Movement. His articles are licensed under Creative Commons Attribution, Non-Commercial 4.0 International License, and they may be republished as such without obtaining any other or prior permission.

How To Make Sense Of Foreign Protests, Conflicts And Uprisings

Saving The Amazon’s Only Worth $20 Million — But Amazon, Inc is “Worth” $1 Trillion. What The?