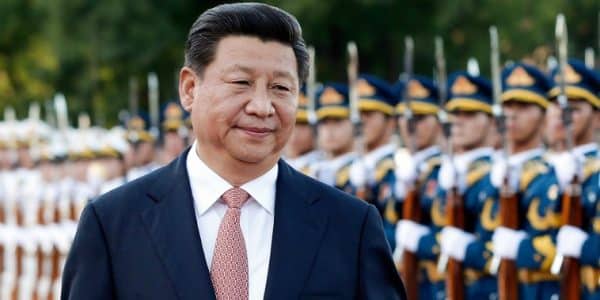 Despite her power and wealth, China is now facing a huge headache with the West's latest attempt at a color revolution in Hong Kong, an offensive which also comprises the Uighurs in Xinjiang.

The bedrock of any nation is its government — the manifestation of its sovereignty and protector of its people. But what if the personal loyalties of a substantial portion of civil servants do not lie with the sovereign? Worse, what if these allegiances are actually more to other powers — forces that are at odds with the sovereign and working to undermine its interests?

Naturally, such a situation would never be tolerated in any normal jurisdiction. Hong Kong, under One Country, Two Systems (OCTS), is not a normal jurisdiction. Its sovereign is China, but large swathes of the special administrative region’s power structure are not only alienated from it, but also feel attached to the Western values and worldview of their former colonial masters. That’s because under OCTS, decolonization has been merely nominal.

Under normal conditions, it would not be a problem if government officials maintained a strict, professional political neutrality, as they are required to do. But in times of extreme stress, like the present, the underlying tensions have burst forth with a vengeance. As the US Empire unleashes a full-spectrum war against China and a color revolution against Hong Kong, the local government has itself become arguably the biggest obstacle in the SAR to a resolution favorable to the sovereign. Over the past two months, it has been increasingly clear that many civil servants are actively or passively helping the very pro-”democracy” protesters and rioters that the administration is trying to curb.

The sickness of Hong Kong’s 180,000-strong government starts at the top. The Carrie Lam administration remains flat on its back, after its knockout two months ago by the blackshirt shocktroops of local Beijing-haters and their Anglo-American allies. As the democracy thugs rampage throughout Hong Kong, terrorizing ordinary folk, disrupting their lives and trashing the economy, all Lam has done is to keep turning the other cheek, offer “dialogue” with de facto terrorists and try to bribe them with cash handouts. That might have made some sense two months ago, but are laughable amid the hugely escalated violence today.

Essentially, top officers of the Hong Kong SAR government are neocolonial civil servants more conditioned to following and executing orders than providing bold, visionary leadership. As a veteran Hong Kong observer says: “Our government is dysfunctional. The top officers took decades to climb to where they are. Each is more concerned about retiring with a hefty pension than sticking their neck out, leaving a bad name in public … or with securing a final promotion. So don’t look for our government ‘leaders’ to calm this perfect storm.”

The problem of neocolonials then extends to all major departments of the SAR administration. How serious is it? A preliminary estimate has been circulating online recently. It places the percentages of pro-”democracy,” anti-Beijing personnel at:

If such figures are anywhere near the truth, they would help explain a phenomenon of fundamental importance: why Hong Kong, in the two decades since reunification with China, has drawn further away from its motherland rather than closer to it.

Government leadership (or lack of it) directly impacts all aspects of life in Hong Kong. When the “Cockroach Revolution” is over, those in charge of a needed reform & rectification campaign to follow will have to do a proper, thorough job. Real decolonization will be essential, if Hong Kong is to have a sound, constructive future as a genuine part of China.

Well-placed mainland friends have started to talk about a “second return to the motherland” for Hong Kong. Both Beijing and Hong Kong got key parts of the first return wrong — quite disastrously, as present events are proving. They must not repeat the mistake.

ABOUT THE AUTHOR
Thomas Hon Wing Polin is a veteran journalist based in Hong Kong. He contributes to 21SilkRd in Facebook.

Time to ban the profit motive from the healthcare system