Ecuador: The Time of People’s Rebellion

October 7, 2019 5 minutes read
Please make sure these dispatches reach as many readers as possible. Share with kin, friends and workmates and ask them to do likewise. 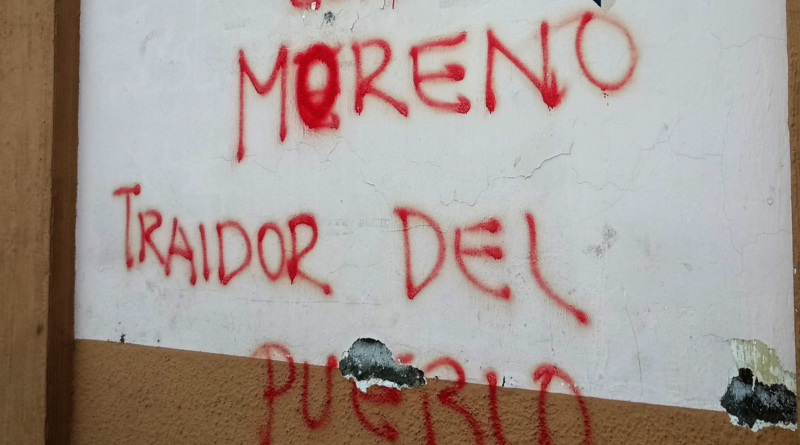 [dropcap]I[/dropcap]t is not quite the same as the uprising that occurred during Venezuela’s Caracazo in 1989 but it is very similar. In that opportunity, then President Carlos Andres Perez, beholden to the demands of the International Monetary Fund (IMF), also decided to increase public transportation fares and a people’s rebellion provided the ground work for what would become Hugo Chavez’s Bolivarian Venezuela.

The events unfolding in Ecuador are the result of the implementation of the IMF’s coercive manual, undertaken by a person who pretended to be somebody and suddenly became somebody else. Long ago, Lenin Moreno stopped representing the decent name he bears. It was to be expected. As his popularity is in the final phase of collapse, he not only boasts of betraying the Bolivarian Revolution but, submissive and cowardly, he willingly knelt before the international banking system.

Given indebtedness and lack of liquidity in an economy that not even ex-president Rafael Correa could detach from the dollar, Moreno agreed upon a millionaire program of loans with the IMF. Such packages included eliminating oil subsidies which took $1.3 billion a year off the back of the workers. The immediate response of the market caused an overnight doubling in fuel prices and subsequently in the prices of land transportation. Naturally, those who reacted first to it were taxi and bus drivers, as well as from other commercial vehicles, who realized that their very impoverished budgets were about to be taken over an edge. The recollection of an Ecuador during the times of Abdala Bucaram and Lucio Gutierrez now adds another name to make a neoliberal trio. Aware of a dark horizon, events developed quickly as it usually does when capitalism worsens the conditions of sectors of society that were already suffering from crises. First a general transportation strike materialized that turned into road blocks, barricades popped up, and large inter-class mobilizations, in which workers, students, peasants, and natives decided to fill  the streets to try to shake a very bad government out of their lives. 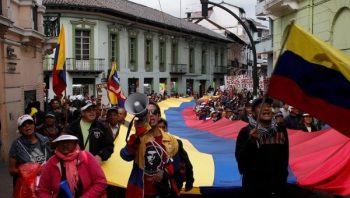 The famous phrase by Bertold Brecht was confirmed in what followed since then; “Nothing worse than a frightened bourgeois.” Cornered, Moreno miscalculated his level of strength and he is now trying to escape forwards, unleashing a brutal repression against his people after implementing a state of emergency that allows him to have soldiers in the streets. But Ecuadoreans have mostly indigenous blood in their veins and this is going to be entrenchment so that they are not run over by authoritarianism. This is why the general strike against the neoliberal package is growing and growing despite that more than 300 citizens have been imprisoned.

“It’s a difficult fight but there is no other alternative other than to continue pushing to try to topple Moreno,” said a working-class leader. Despite the first claims demanding the Government rescind the economic measures, there are many now demanding the immediate resignation of the President. In matters of institutional politics, brave deputy Gabriel Rivadeneira stated: “It is urgent to carry out anticipated elections and an extraordinary session in the National Assembly to demand the destitution of the President.” Above all, because he has undertaken a repressive operation (through his state of emergency) Moreno is now showing the characteristics of any of the dictatorships that have devastated the continent. 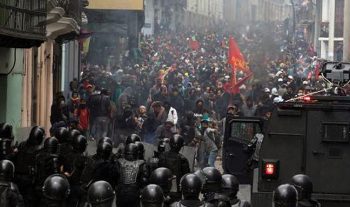 What is left for Moreno in these circumstances? His pathetic figure is very similar to loathsome Luis Almagro, president of the Organization of American States, or Haitian President Jovenel Moise. The three of them are devices of the machinery deployed by Donald Trump in the continent. The three of them freshen up in Washington and they are all willing to kneel down as much as is needed. Almagro, beyond his performances and his attempt to meddle in Venezuela, has already failed. He is not wanted any longer, not even in his political coalition. Moise is right not trying to put out (like a firefighter with a leaky fire hose) the thousand of fires lit by people’s protests in the streets. Moreno, who in his effort to act correctly has demolished every institution and positive measures implemented by the Rafael Correa Administration, says he is not willing to move backwards and he is moving to rule with soldiers by his side. This is something similar to what the Lucio Gutierrez Administration employed in April 2005 that ended up in abject failure.

In this Latin America in which people’s insurrections go from country to country as has been seen recently in the streets of Puerto Rico, Haiti and Peru, or in the primary elections in Argentina, it is possible to think that what happens at this time in Ecuador will mean in the very near future the collapse of a nefarious strategy of seizing a government with deceit and then becoming the carpet of local oligarchy and U.S. imperialism. 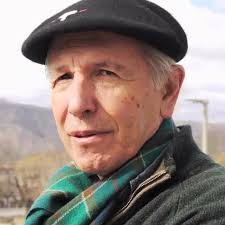 Argentinian journalist Carlos Aznarez is Director of  Resumen Latinoamericano y del Tercer Mundo. @ResumenLatino He has worked on radio and TV.  He can be reached at resumenrebel@gmail.com

The Manufacturing of Greta Thunberg – for Consent: The Inconvenient Truth Behind Youth Co-optation [ACT II]

Imperialism in the Anthropocene